Detail of the photo above.
Shows Sir Edward and his wife and 9 sons and 6 daughters.

Detail of the photo above, showing inscription.
This was originally a memorial to Sir Edward's wife. She died in Ireland, and he expected to return to England. It is full of detailed dates.
Spaces were left at the bottom to note the date when Sir Edward returned to England. But of course he died in Ireland, and was buried here, and that was written above this, and the spaces were never filled in.

Wider shot of the monument (to RHS of door).
Photo 2018. See full size.
See other shot. 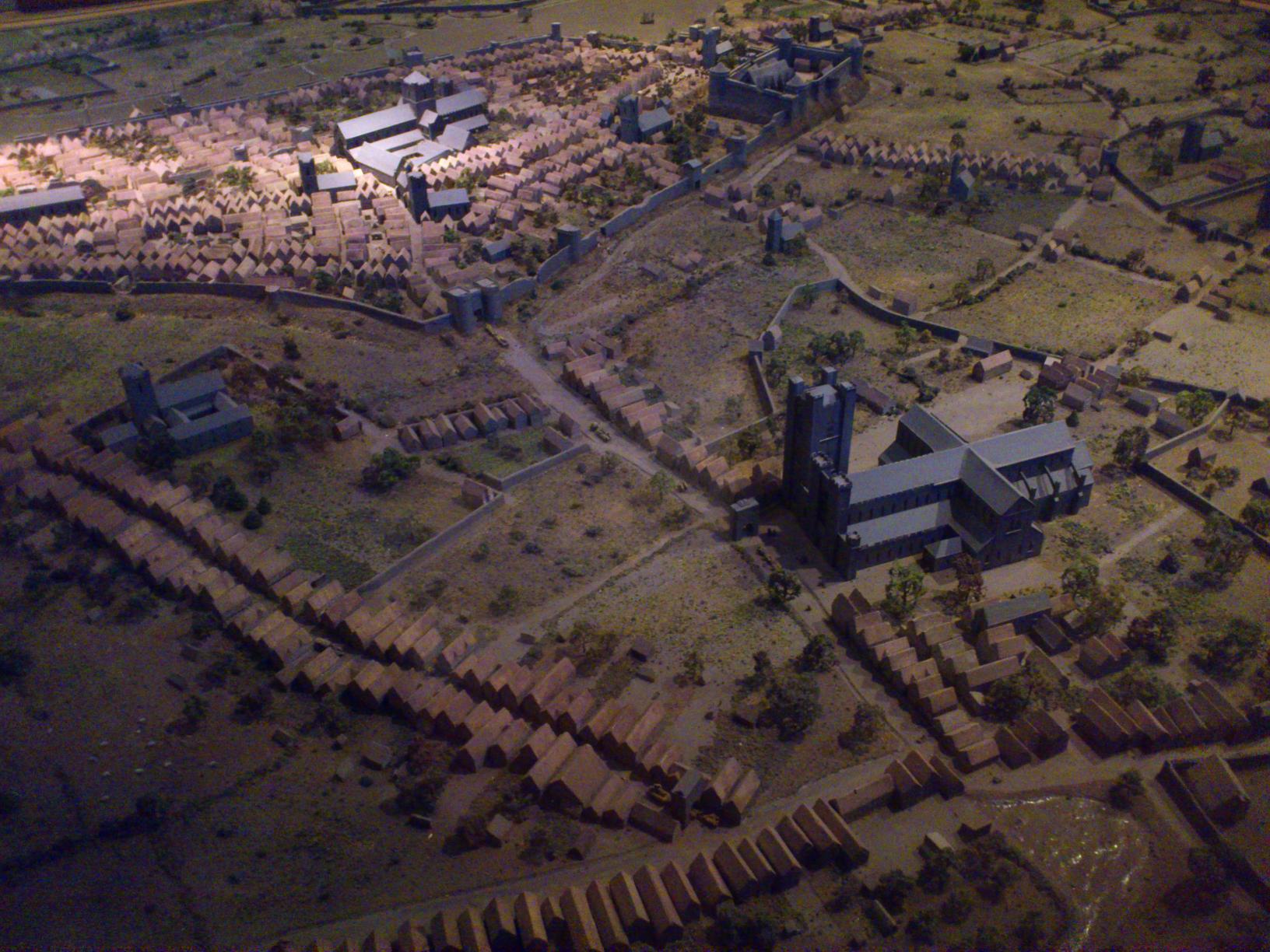 St.Patrick's Cathedral on Model of Dublin around 1500.
See full size and other shot. 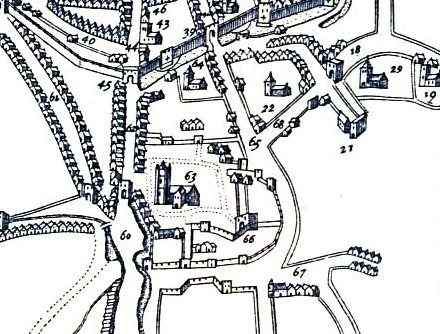 St.Patrick's Cathedral (63) outside (S of) the Dublin city walls.
From John Speed's map of Dublin, 1610.
The Fitton monument was already in place at this point.