William Longespee, 3rd Earl of Salisbury (see here).
Illegitimate son of Henry II.
He mar 1196 [her as a child] to Ela, Countess of Salisbury [born 1187].
He died 1226 at Salisbury Castle.
He was bur at Salisbury Cathedral.
See images.
They had issue: 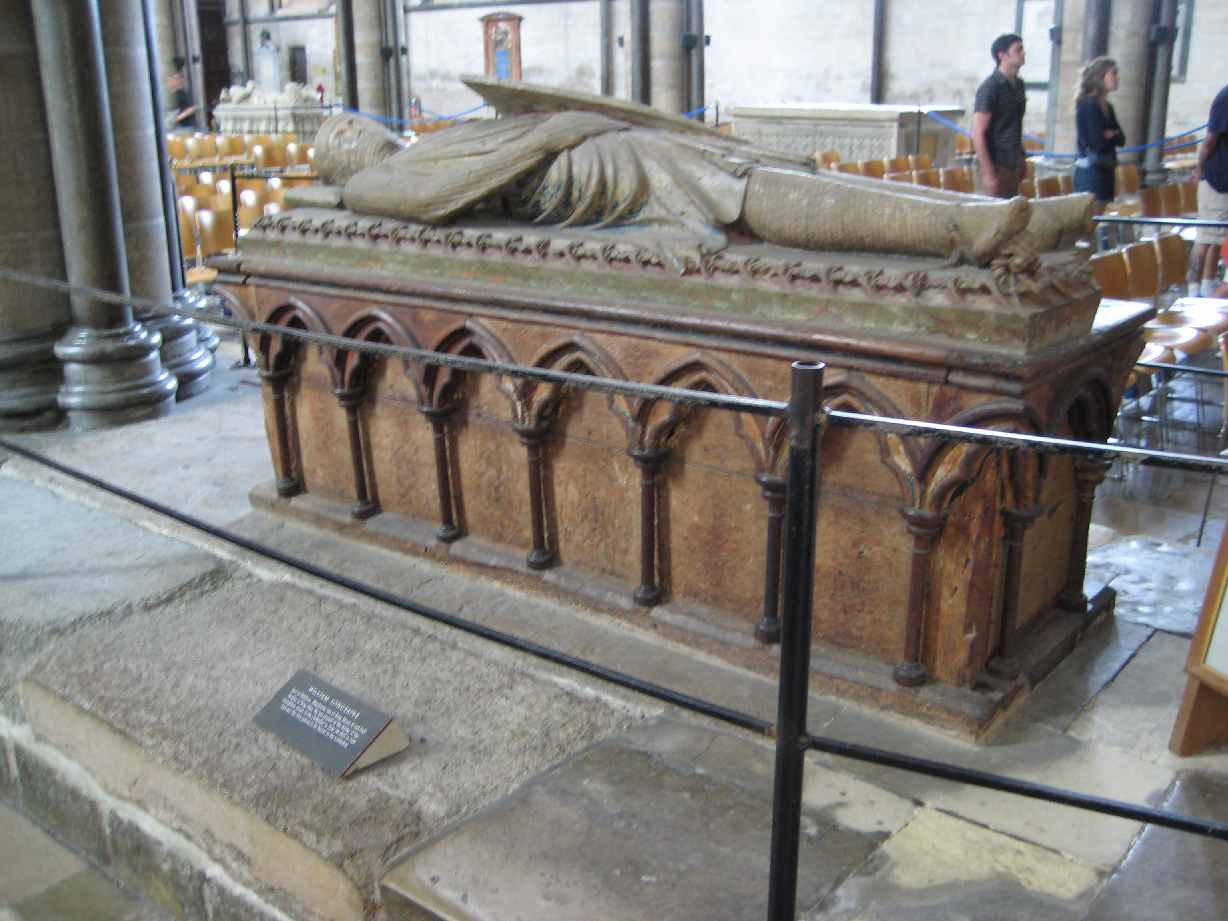 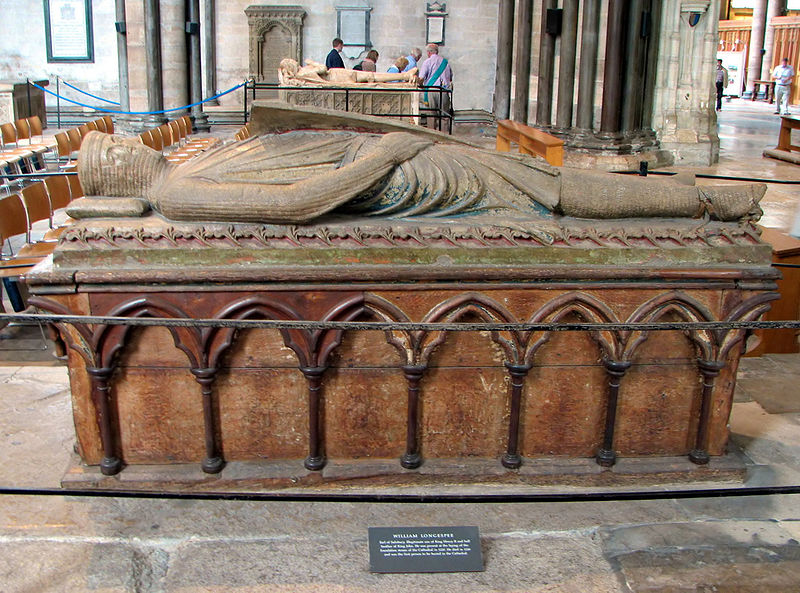 Other shot of above.
Photo 2007 by Bernard Gagnon.
From here. See full size.

Drawing of the above effigy of William Longespee, Salisbury Cathedral.
From A Student's History of England by Samuel Rawson Gardiner (1916). See here.
Originally from Stothard's Monumental Effigies.