John Henry Fitzgerald,
of Garrahies, near Camp, Dingle Peninsula, Co.Kerry.
Also described as of Fortfield. Wonder is this the Blennerhassett house Fortfield near Killorglin.
He mar Elizabeth Gun [descendant of Conway Blennerhassett, son of John Blennerhassett, "Black Jack"].
They had issue:

Kathy FitzGerald has DNA matches to people I am researching. But I do not have a theory as to what they mean.

DNA match to my family

Neither theory seems likely. We will not regard these lines as "DNA proved" yet. The match could be through another line.

Kathy FitzGerald is a strong DNA match to Eileen Owen.
This is explained by the fact that they both descend from the Gentleman family in the early 19th century. The common ancestors are Robert Gentleman and his wife Margaret Goodman.

Kathy FitzGerald is a DNA match to Vincent Butler.
While he descends from Anglo-Irish Munster families linked to Blennerhassett, he does not descend directly from Blennerhassett and in fact we cannot see how he could be a blood relation of Kathy FitzGerald.
This is unexplained. 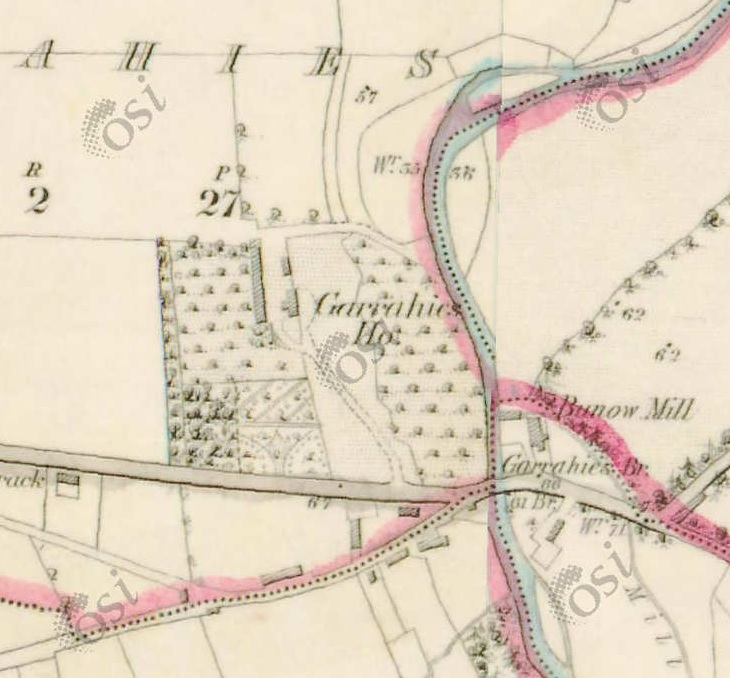