No known connection with the main Fitzgerald family (the Geraldines). James Fitzgerald,
of Dunmaniheen (or Dunmanaheen, just E of Killorglin), Killorglin par, Co.Kerry.
He and his son Edward got lease of Dunmaniheen dated 29 Apr 1714.
He lived to see great-grandchildren born 1733.
His son died 1738.
He died 1742 (would be at a great age).
He had issue: 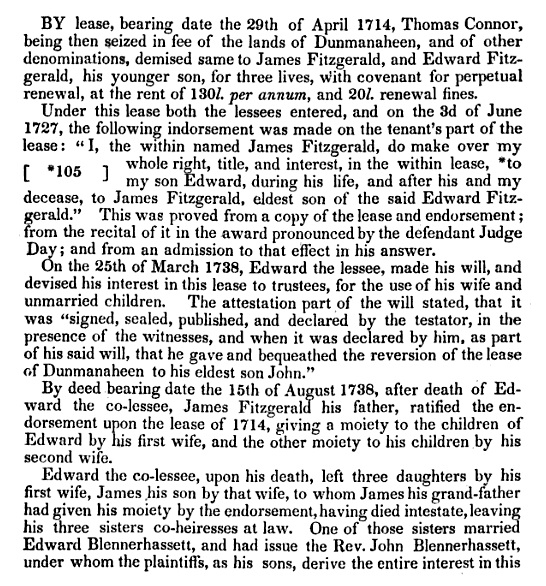 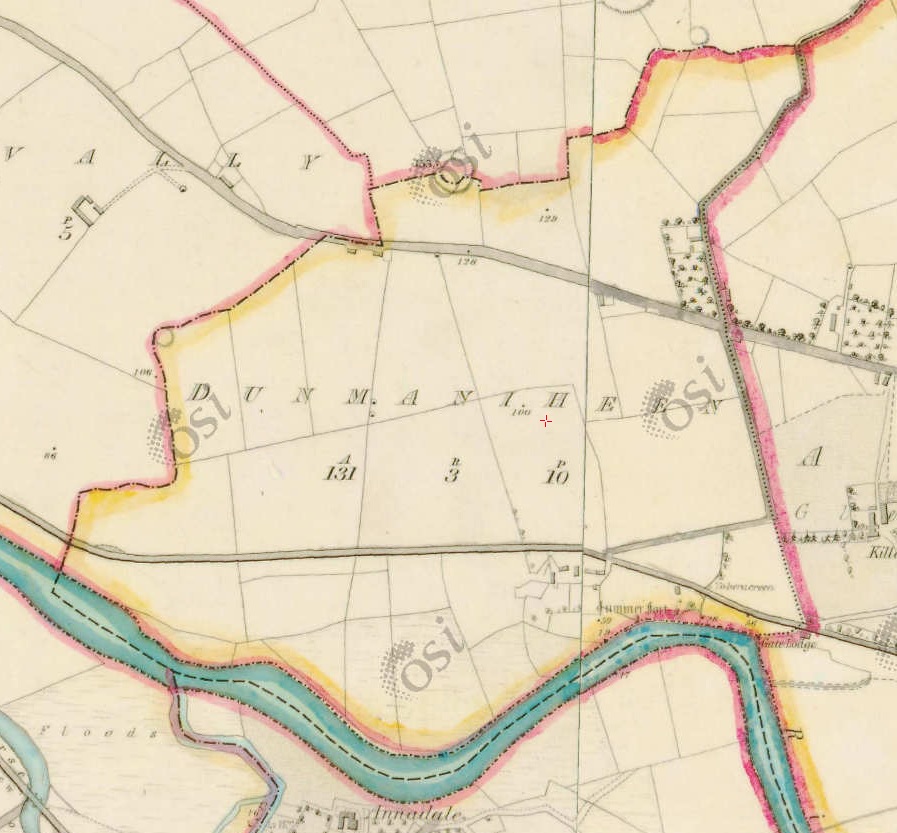 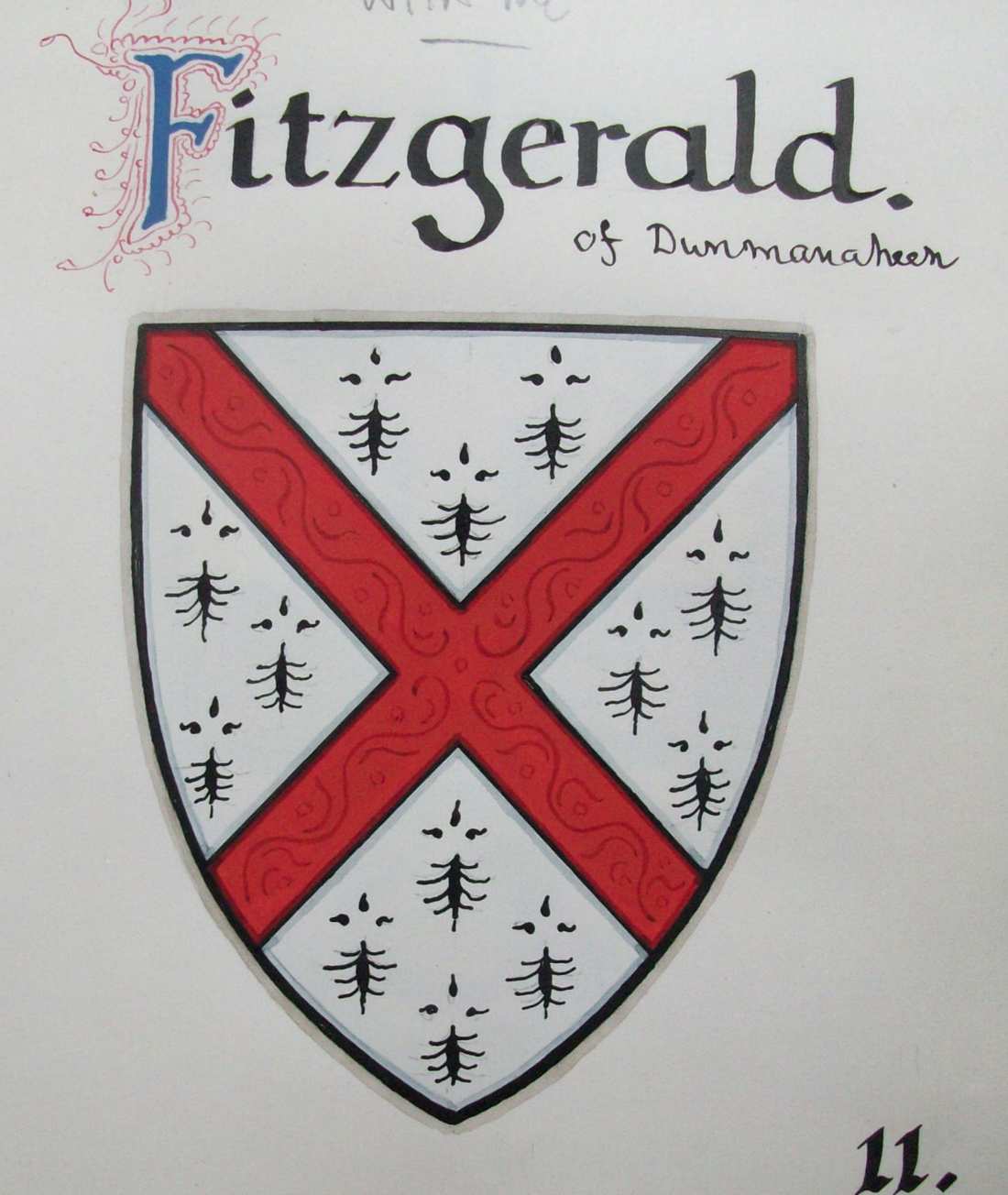 Arms of Fitzgerald of Dunmaniheen.
From the arms of the 32 ancestral lines of James Franklin Fuller, made out in 1909 by the Dublin Office of Arms.
Courtesy of Teresa Stokes.
See full size.