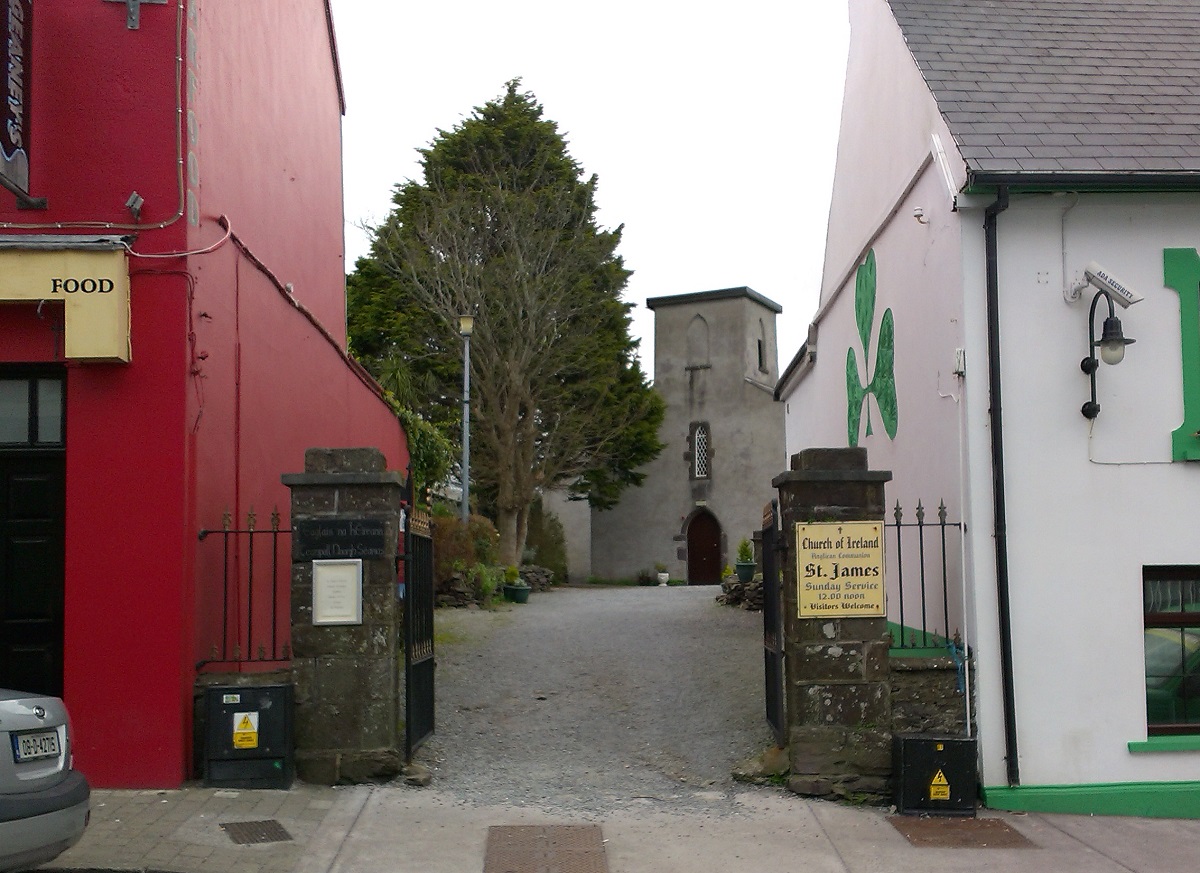 Dingle CoI church.
Mary Rowan was buried here in 1738.
Mary Mullins married Thomas Goddard here in 1740.
The church was re-built 1807, on the site of the old church.
Apparently there are no early Mullins / de Moleyns monuments inside.
Photo 2016. See larger and full size.
See street view and 2009 street view. 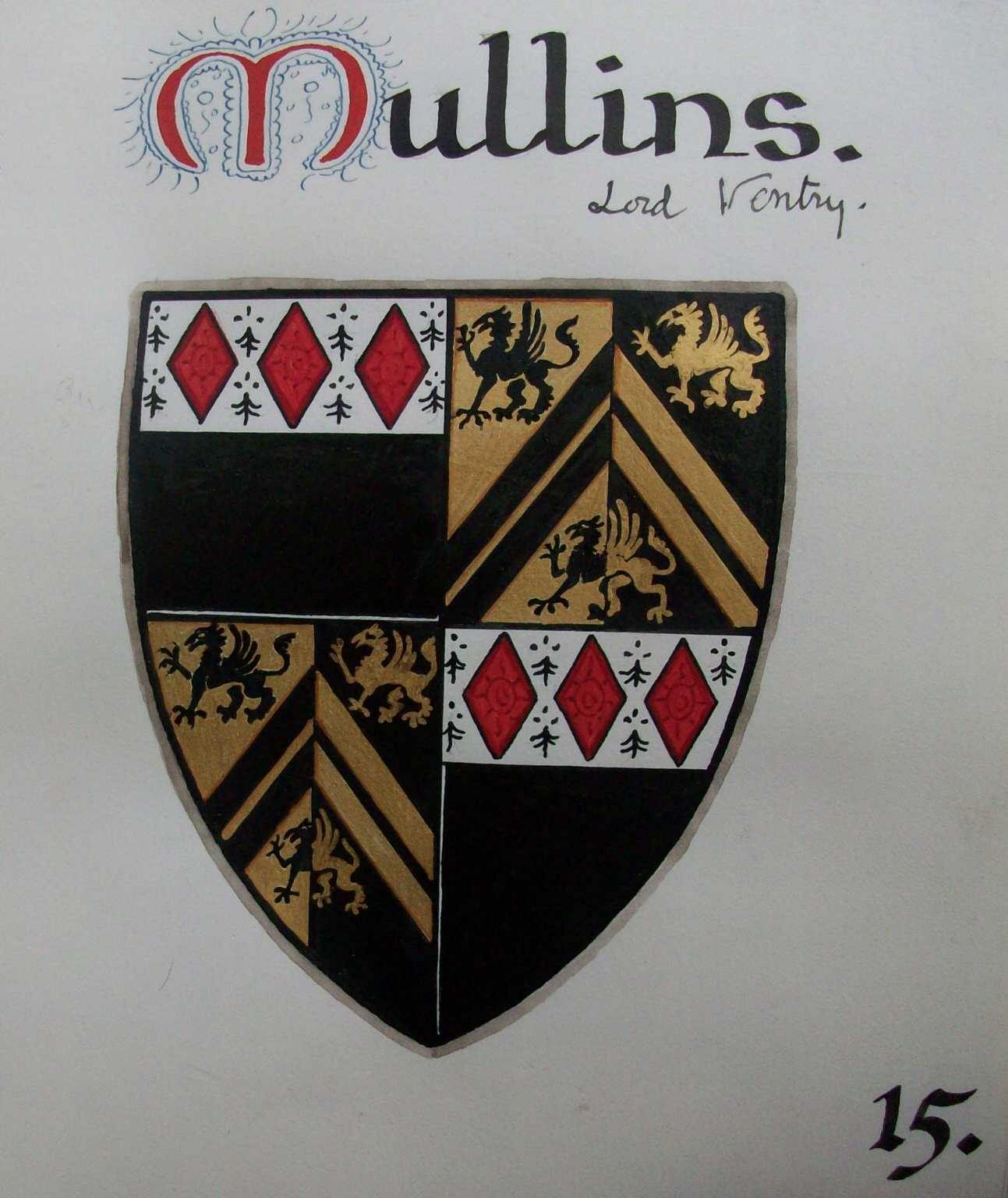 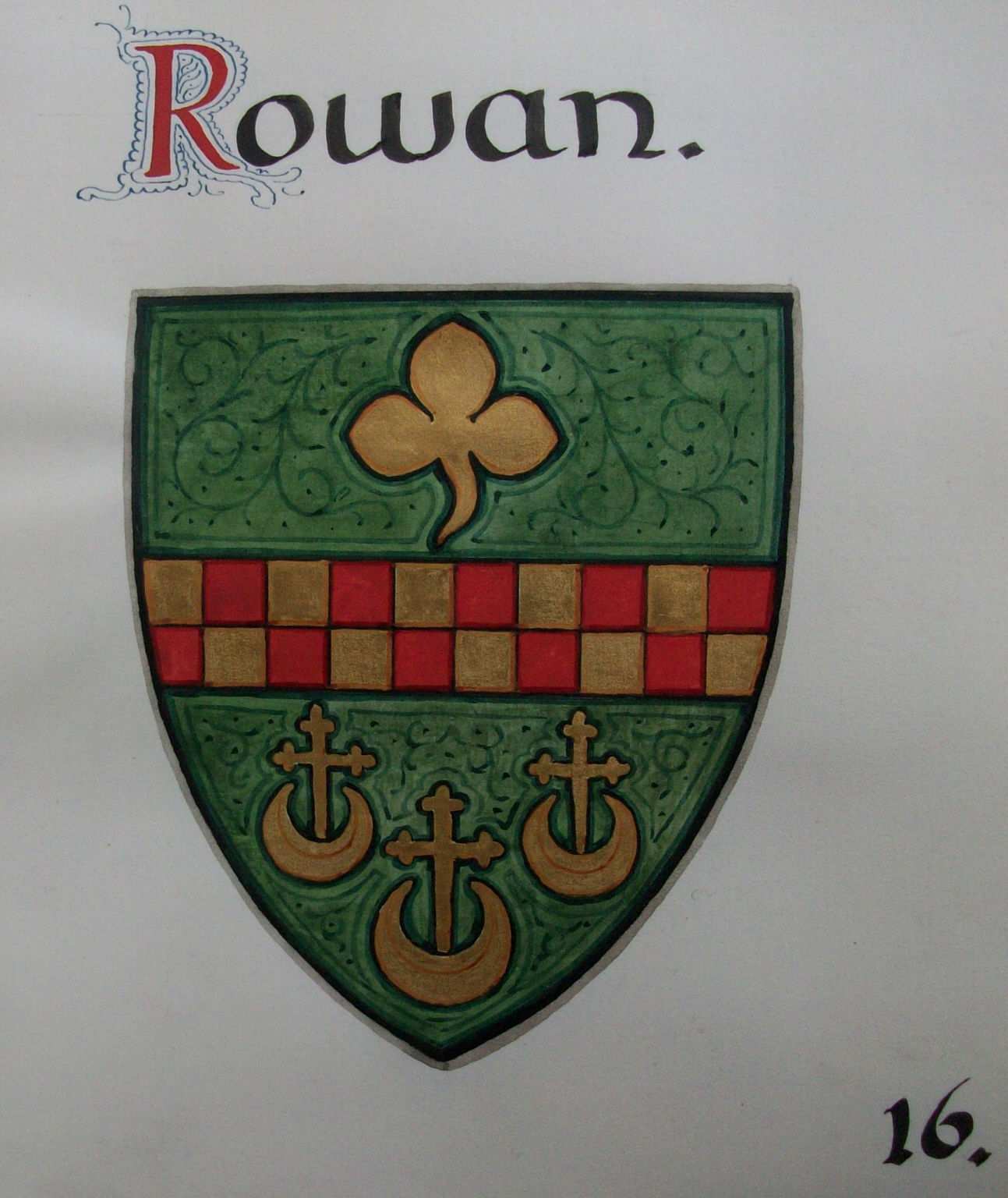 Arms of Mullins and Rowan.
From the arms of the 32 ancestral lines of James Franklin Fuller, made out in 1909 by the Dublin Office of Arms.
Courtesy of Teresa Stokes.
(Left) See full size.
(Right) See full size.