George Rowan,
born est c.1675.
[Hickson, 9 Jan 1897] says he was of Maghera, Co.Derry.
Other sources thought he was of of Maghera, Co.Down.
Think he is descendant of Robert II, King of Scotland and of Henry I.
He mar Mary Blennerhassett [born est c.1682, descendant of Edward III].
He settled at Tullaree, Killiney par, Co.Kerry (on the Dingle peninsula, W of Tralee).
He presumably settled in Co.Kerry through marriage to Blennerhassett of Co.Kerry.
High Sheriff of Kerry 1716.
George and Mary had issue: 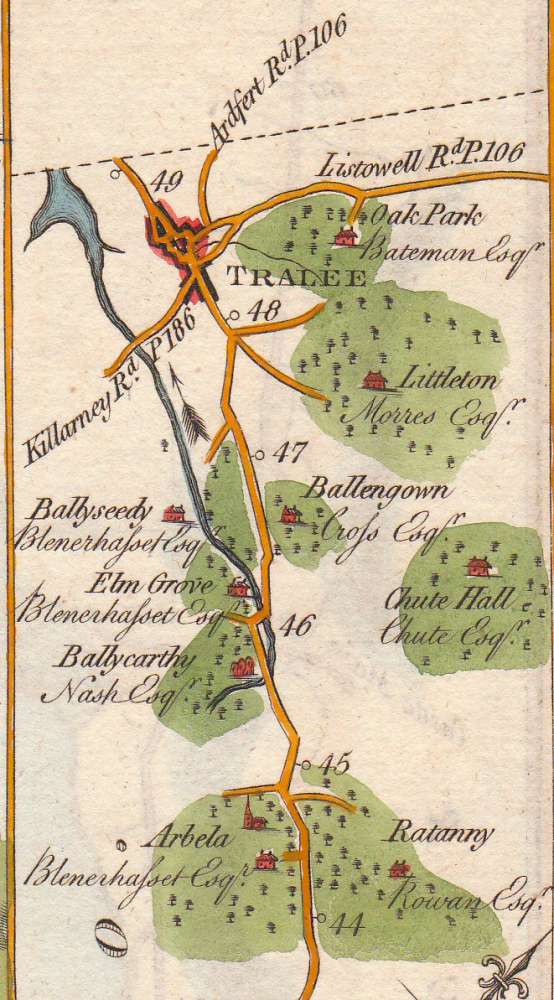 Location of Rathanny (or Ratanny), E of Tralee (then seat of Rowan), 1777.
Up is West.
From [Taylor and Skinner, 1777].
See also Arabella House nearby (then seat of Blennerhassett).
See full size. From Bill Jehan.