Charles Murray, the Scottish poet (see here and search),
born Alford, Aberdeenshire, Sept 1864.
His mother died 1868.
In census 1881 he is found with sister at "25 Broomhill, Aberdeenshire".
He became a land surveyor in Aberdeen.
Emigrated to South Africa 1888. Lived there for decades.
He wrote poetry in "Doric" dialect (NE Scotland dialect) while in "exile" in South Africa.
He wrote poetry in his spare time while pursuing a successful career in South Africa, as a prospector, mine surveyor, civil engineer and mine manager. Finally was a senior colonial civil servant.

The plaque on the gates above.
Photo 2008. See larger and full size.

Grave of Charles Murray the poet.
In the old Kirkyard of Alford, Aberdeenshire.
Grave no. 236 in [Alford grave inscriptions].
Location of grave: Go in gate. Grave is on RHS of building, near grave of his grandfather Peter Murray. 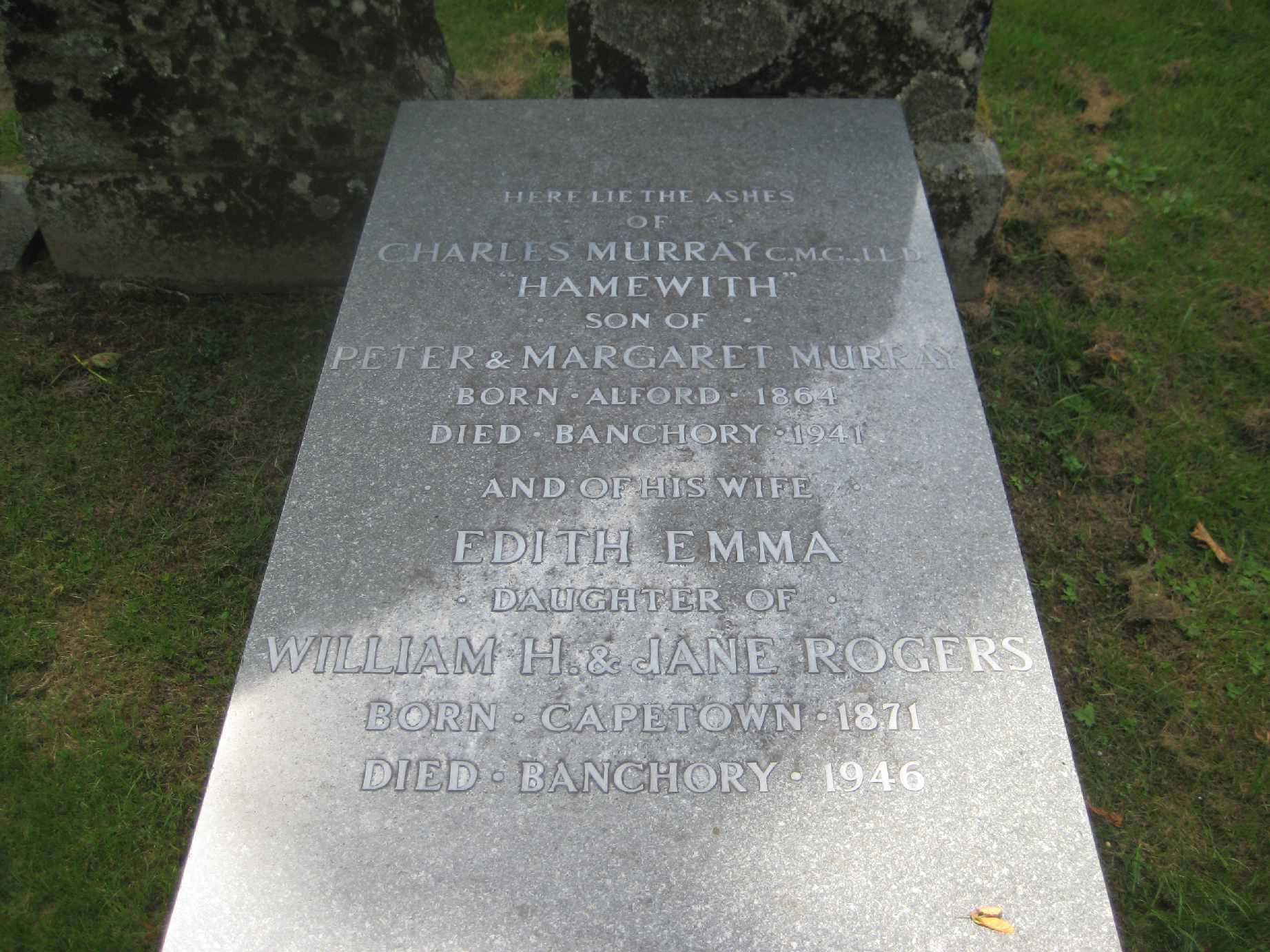