This is said to be Peter Murray, senior, grandfather of the poet.
From the Charles Murray Memorial Fund. Posted here. 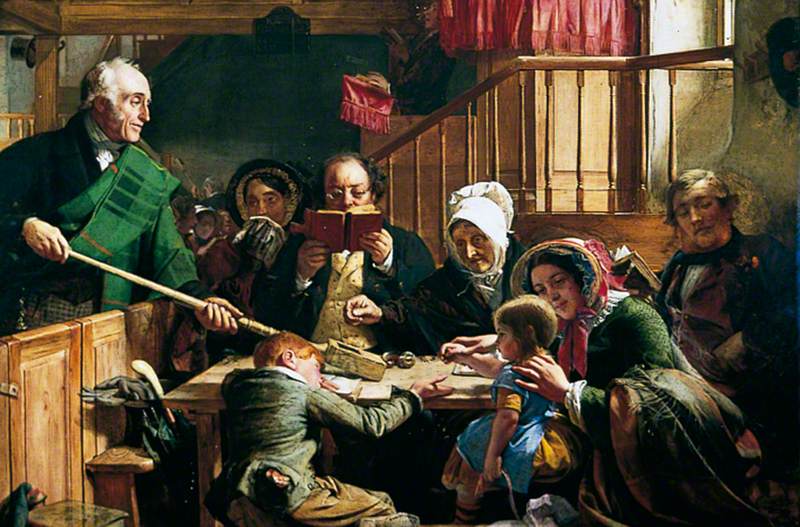 Agnes Jeffrey (born 1798-1801, died 1868) was the model for the woman on the LHS of this painting.
This is "Collecting the Offering in a Scottish Kirk" (and various other names) by John Phillip (1855).
Agnes is in widow's clothes but this is artistic licence. She was never a widow.

Grave of Peter Murray (bapt 1798, died 1884) and Agnes Jeffrey.
In the old Kirkyard of Alford, Aberdeenshire.
Grave no. 217 in [Alford grave inscriptions].
Location of grave: Go in gate. Grave is on RHS of building, close to building. 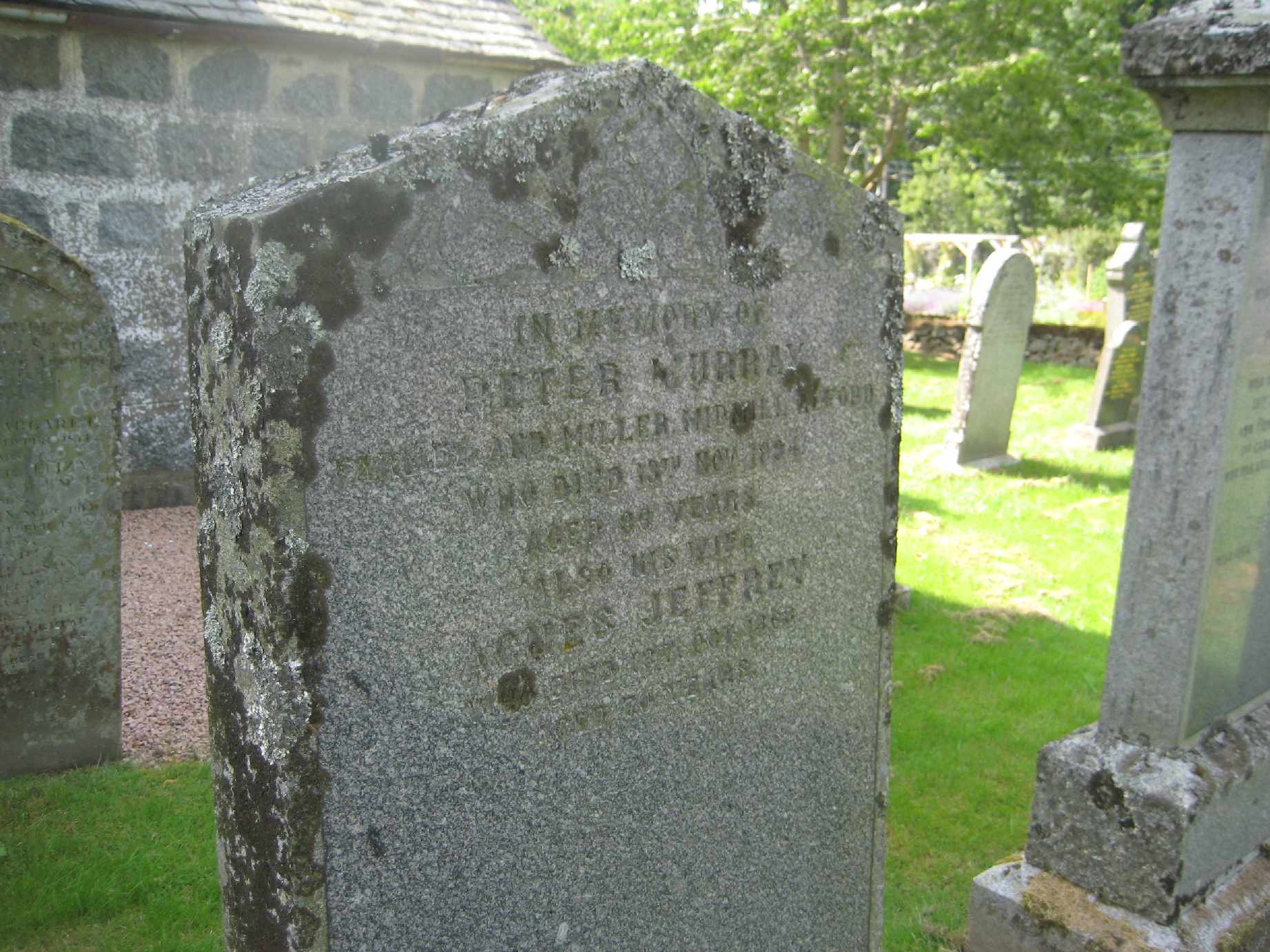 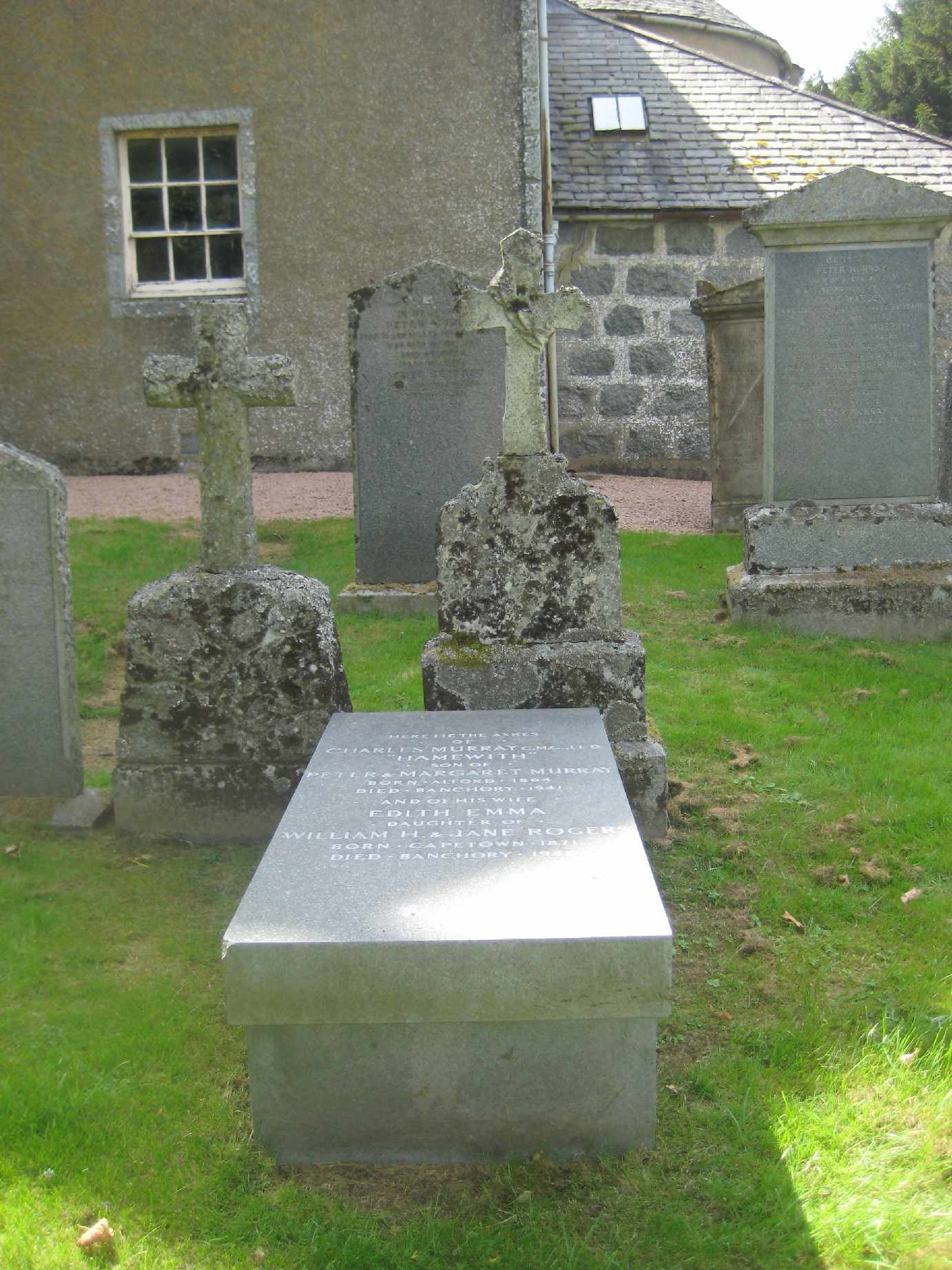