Edward Neville, 7th Baron Abergavenny.
See wikipedia and thepeerage.
He mar 1stly to Katharine Brome [daughter of Sir John Brome and Margaret Rowse].
He mar 2ndly to Grisold Hughes [daughter of Thomas Hughes and Elizabeth Dwnn].
He died 10 February 1589 [new style year, at the time regarded as the end of 1588].
He had issue apparently by 1st wife:

Edward Neville, 8th Baron Abergavenny.
He mar Rachael Lennard [daughter of John Lennard and Elizabeth Harman].
He died 1 December 1622 at his house, Great St. Bartholomew's, London.
He was bur at Birling, Kent.
They had issue: 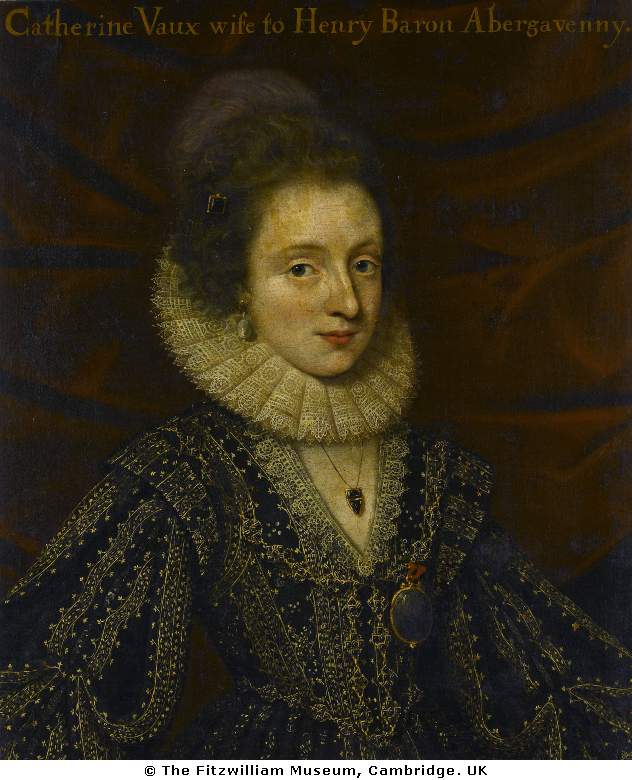 Catherine Vaux, c.1617.
By Paulus I van Somer.
Used with the kind permission of the Fitzwilliam Museum, Cambridge.