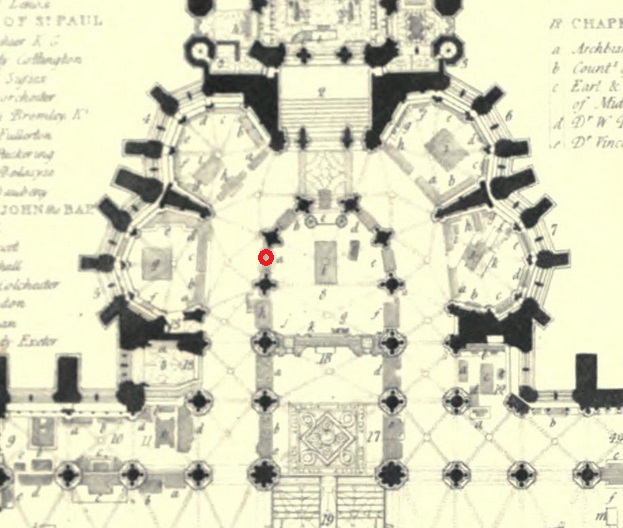 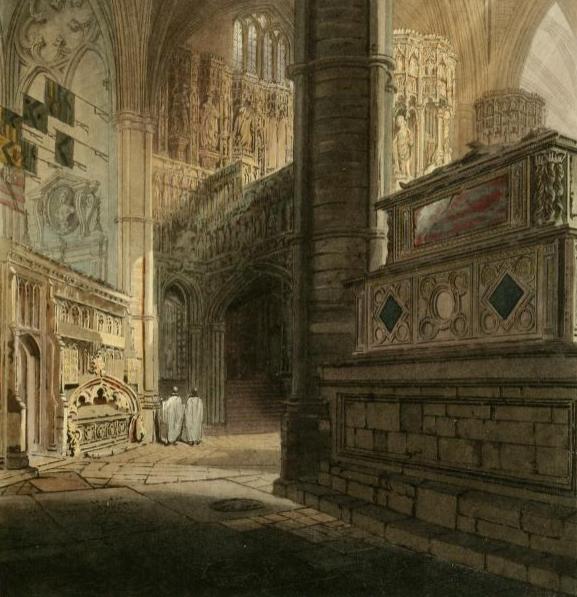 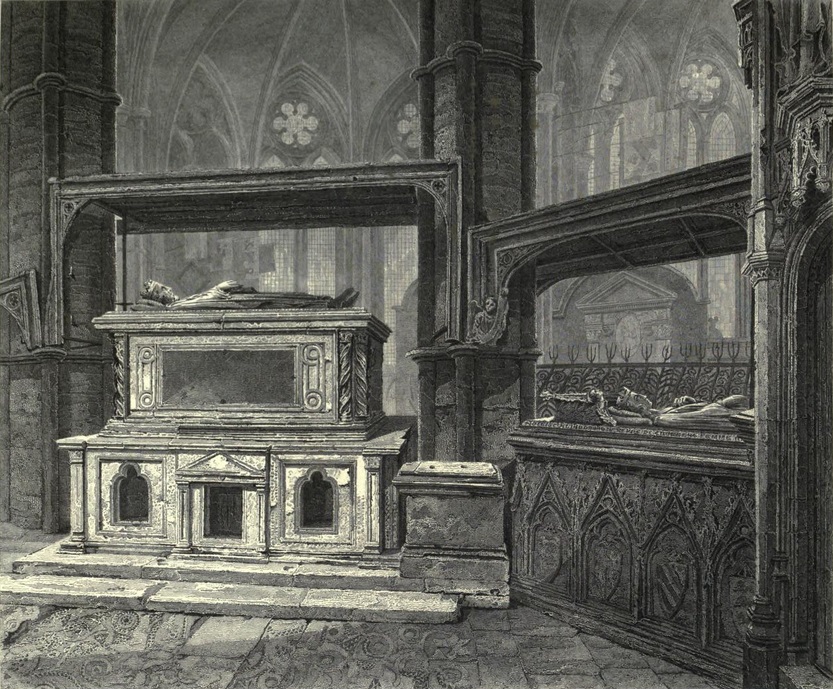 Tomb of Henry III (left) and Eleanor of Castile (right), from inside the Chapel of Edward the Confessor.
From facing p.76 in [Brayley, vol.2, 1823].

Detail of "The Choir of Westminster Abbey" by Max Emanuel Ainmiller (1851).
On left are tombs of Henry III and Eleanor of Castile.
On far right is tomb of Edward III.
See full size.

Drawing of the above effigy of Henry III in Westminster Abbey.
From A Student's History of England by Samuel Rawson Gardiner (1916). See here.
See also a cast of the effigy at the Victoria and Albert Museum.