William Smith,
born 1768.
Both he and his wife were in service to the family of Farquharson of Haughton.
From 1793 he was gardener at Haughton House, near Alford, Aberdeenshire (seat of Farquharson, built 1791).

He mar 14 Apr 1799, Alford, to Isabel Cooper [born 1765 or 1767, she was pregnant at mar]. See transcript.
She is "Isabel" at children's baptisms.
She is "Isobel" at marriage and on grave. Her son-in-law Henry Noltie spells her Isobel, but elsewhere he is casual with spelling.

Isabel was also in service to Farquharson of Haughton.
Henry Noltie said that when he married their dau in 1823, her father William had been gardener at Haughton for 30 years.
William died at Haughton, 24 Nov 1827, age 59 yrs.
He was bur Banchory, Aberdeenshire. 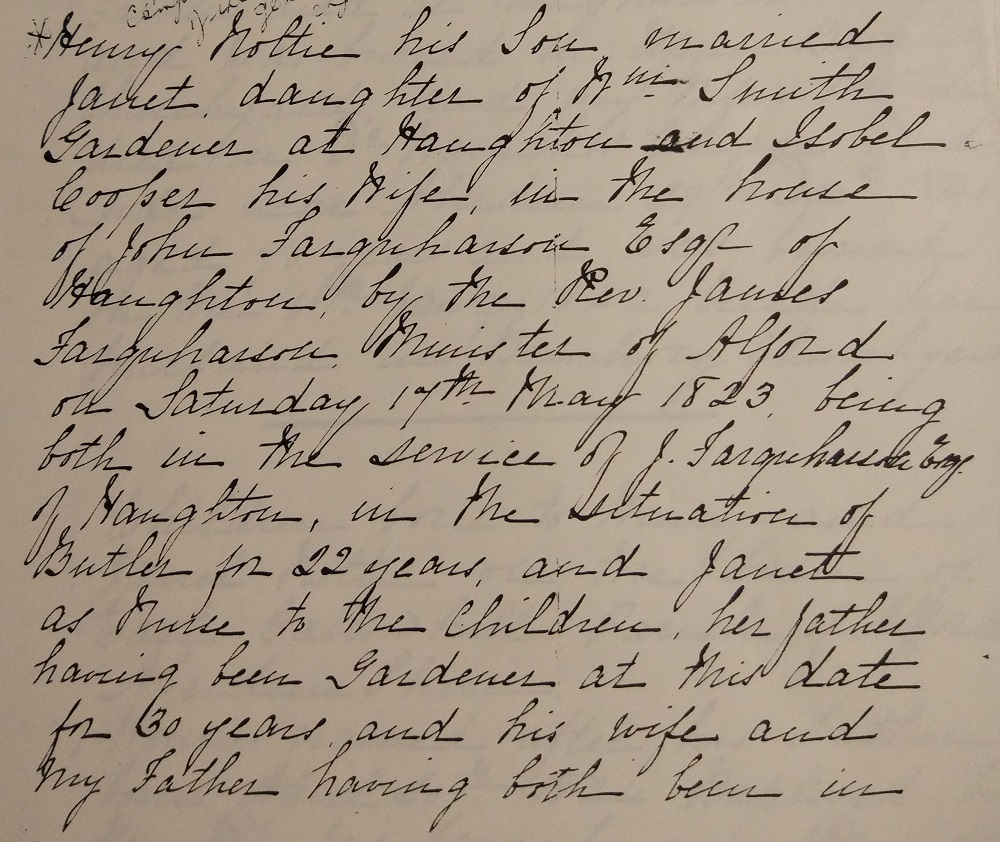 From p.7 and p.8 of Noltie genealogy by Henry Noltie describing his wife and her parents.