Fr. Paddy was an active supporter of rebellion before the 1916 Rising. From [Sean O'Shea statement].

P.P. of Booterstown, 1939 to 1956:
He was parish priest of Booterstown, Co.Dublin, from 1939 to 1956 [plaque on wall].
He registered his sister Mary's death 1948.
He organised the building in 1953 of the new church on Merrion Rd (which would later split off from the Booterstown parish). This is the Church of Our Lady Queen of Peace, Merrion Rd, with its distinctive round tower.
"He was told to build the Round Tower against his better judgement. Some called it Flanagan's Folly!" [Liam Cosgrave]
He died 1956 [Lyng, 2000], age 73 yrs.
Merrion Road became a parish in its own right in 1964.

[Sean O'Shea statement] recalls Fr. Paddy and the 1916 Rising: "Would it be indiscreet to mention that he was the inventor of the sawn-off shot-gun?" 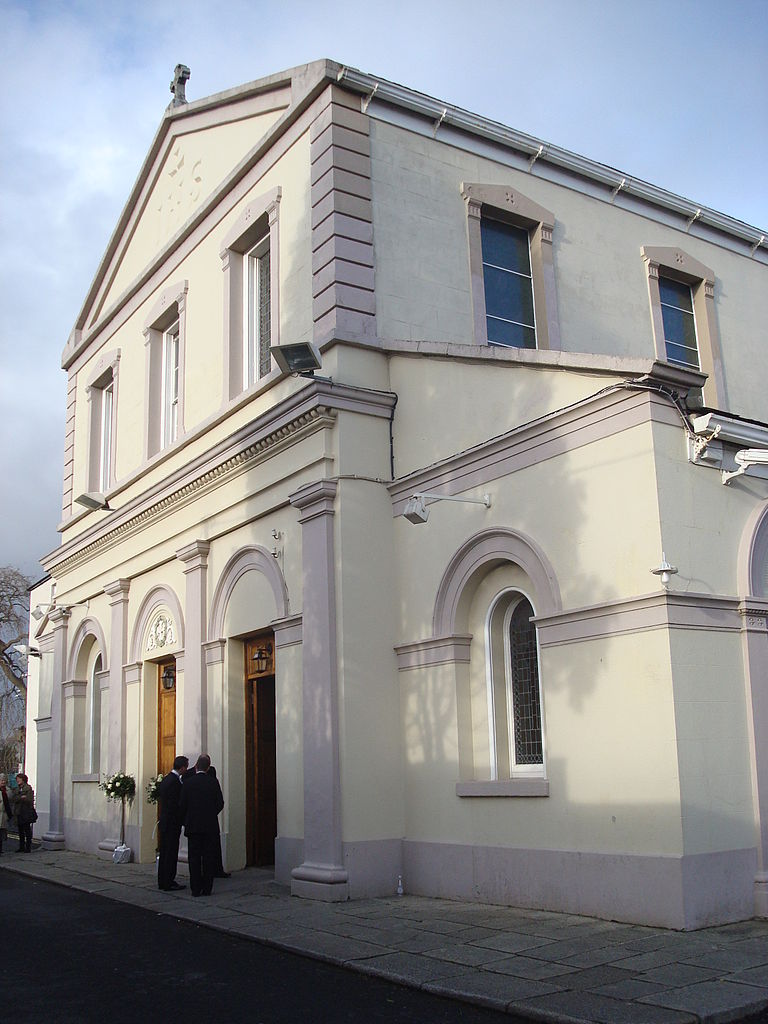 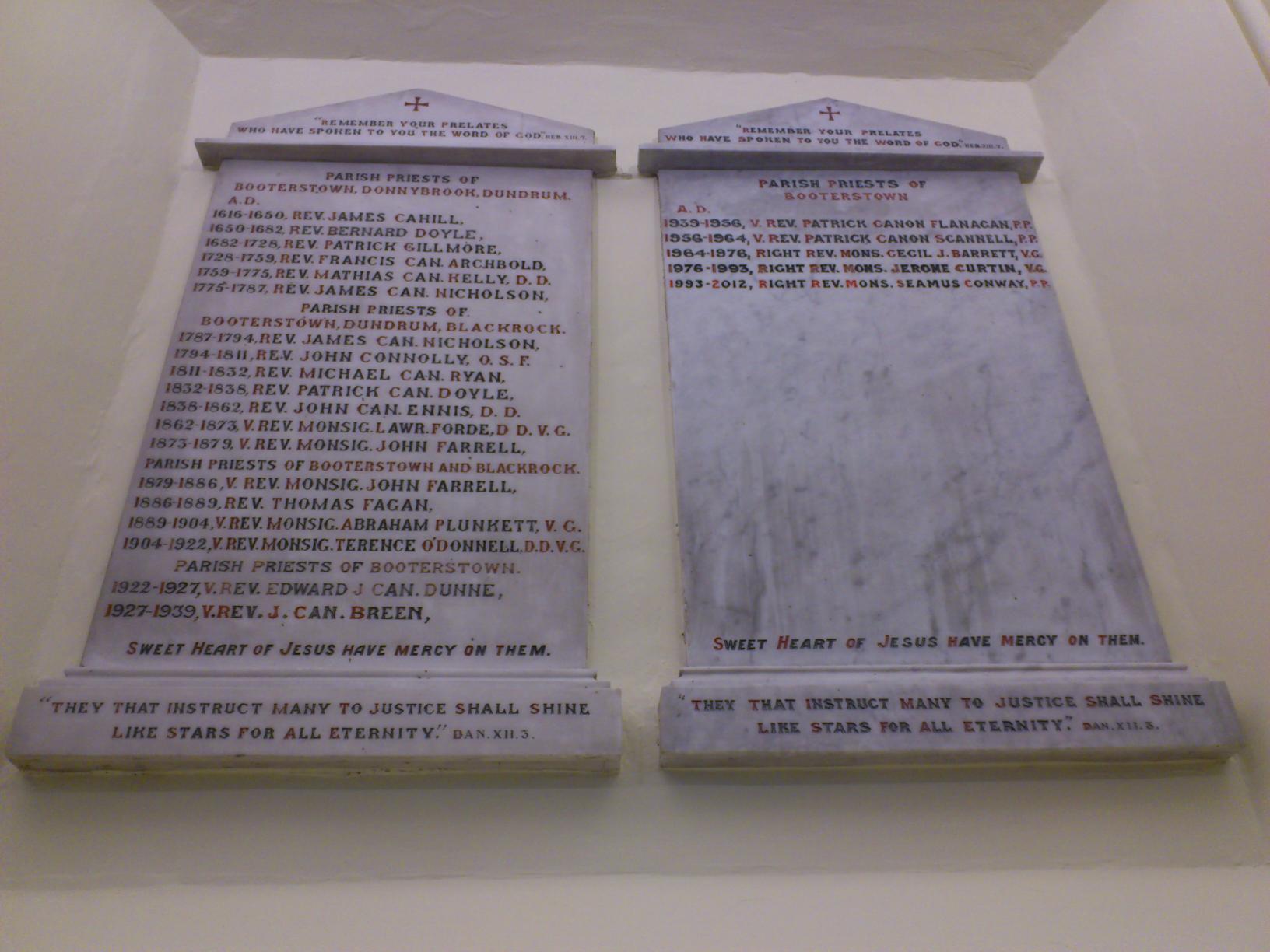 Plaque inside the church at Booterstown (on RHS) showing the parish priests, including Canon Patrick Flanagan.
Photo 2013. See full size.