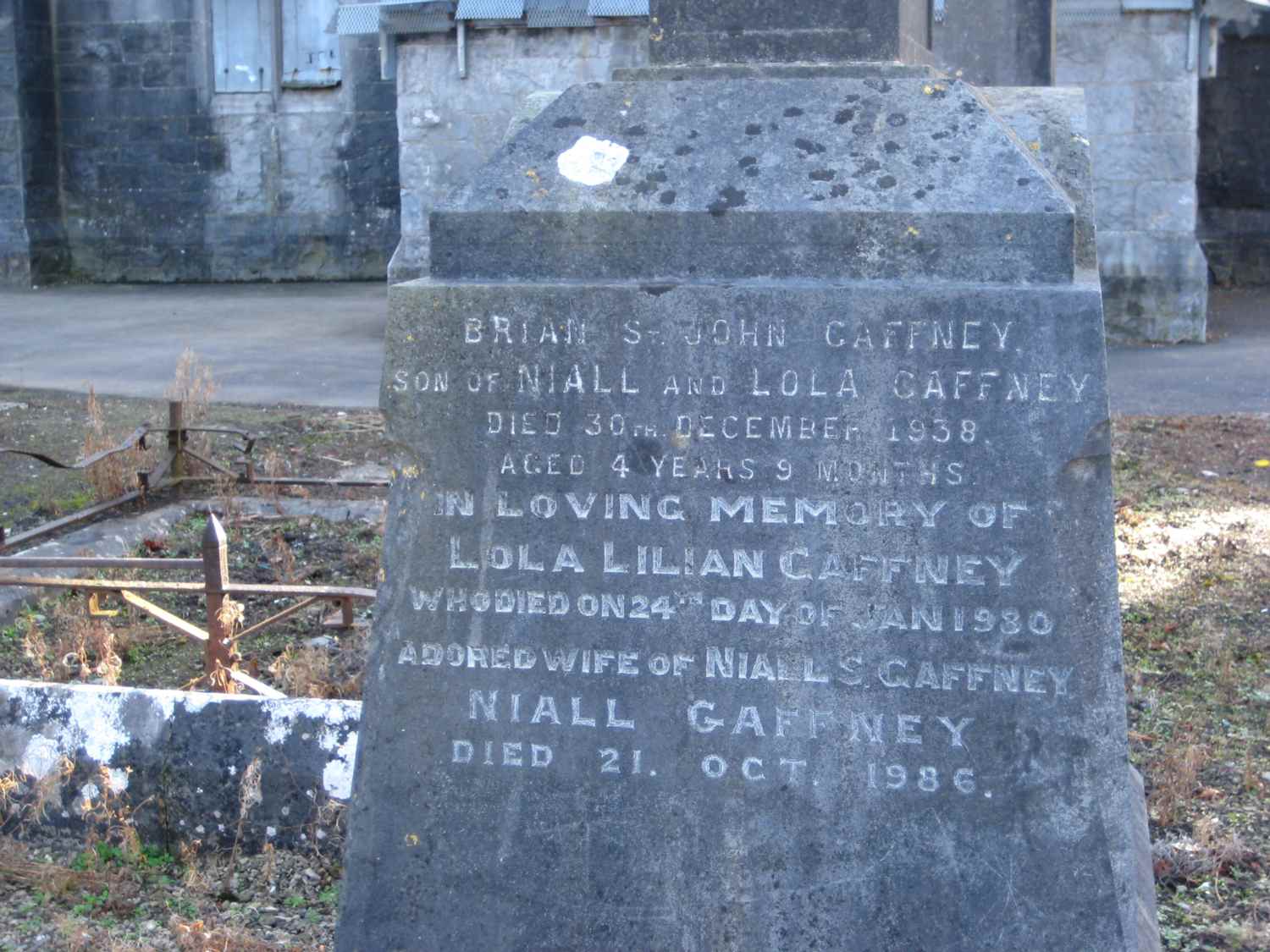 They lived in a fine house, Shamrockville (or "Shamrock Ville"), North Circular Rd, Limerick, from at least 1938 [son's death] to Lola's death 1980. Think Niall then lived there to 1986.
He is listed as solicitor, 86 O'Connell Street, Limerick (his father's office/residence), in [Thom's] at least 1945 to 1961.
Article about his sister says he was president of Law Society of Ireland.
In 1970s he worked in family firm, P.S. Connolly solicitors, Limerick.
P.S. Connolly merged with other solicitors in 1978 to create Connolly, Sellors, Geraghty solicitors, 6/7 Glentworth St, Limerick (two adjoining Georgian buildings).
Heather Miller recalls that in Niall's house there was a statue of Kaiser Wilhelm, said to have belonged to St John Gaffney, a gift to him from the Kaiser.

Niall dies, 1986:
He died 21 Oct 1986, Carrigoran Nursing Home, Newmarket-on-Fergus, Co.Clare, age 83 yrs.
See death notice in Irish Times, October 22, 1986, and 23 Oct 1986.
Death notice lists nephews and nieces but no children. Brian must have been the only child.
Notice in Irish Times, October 22, 1986, said the offices of Connolly, Sellors, Geraghty, solicitors, would be closed for part of the day owing to his death. He is described as "our late colleague".
He was bur 23 Oct [death notice, burial record], Gaffney grave, Mount St. Lawrence, Limerick.
"Shamrock Ville" apparently sold 1986.
Niall and Lola had issue:

Shamrockville for sale as at 2009