Robert Horseman,
of Kyme and Burton Pedwardine, Lincolnshire.
His daughter's marriage licence 1603 describes him as "Robert Horseman of Kyme in the County of Lincoln, gent". It implies that he is alive.
He died pre-1611.
He had issue:

Inscription on the memorial.
From p.351 of [Trollope, 1872].
"Here lieth interred the bodie of Thomas Horsman Esquire, who was Lord of this towne. He tooke to wife Mary, the daughter of John Tredwaye of Easton in Northamptonshire. He departed this life the 2 of Aprill in the yeare of our Lord 1631. Whose wife in her pious memorie erected this memoriall". 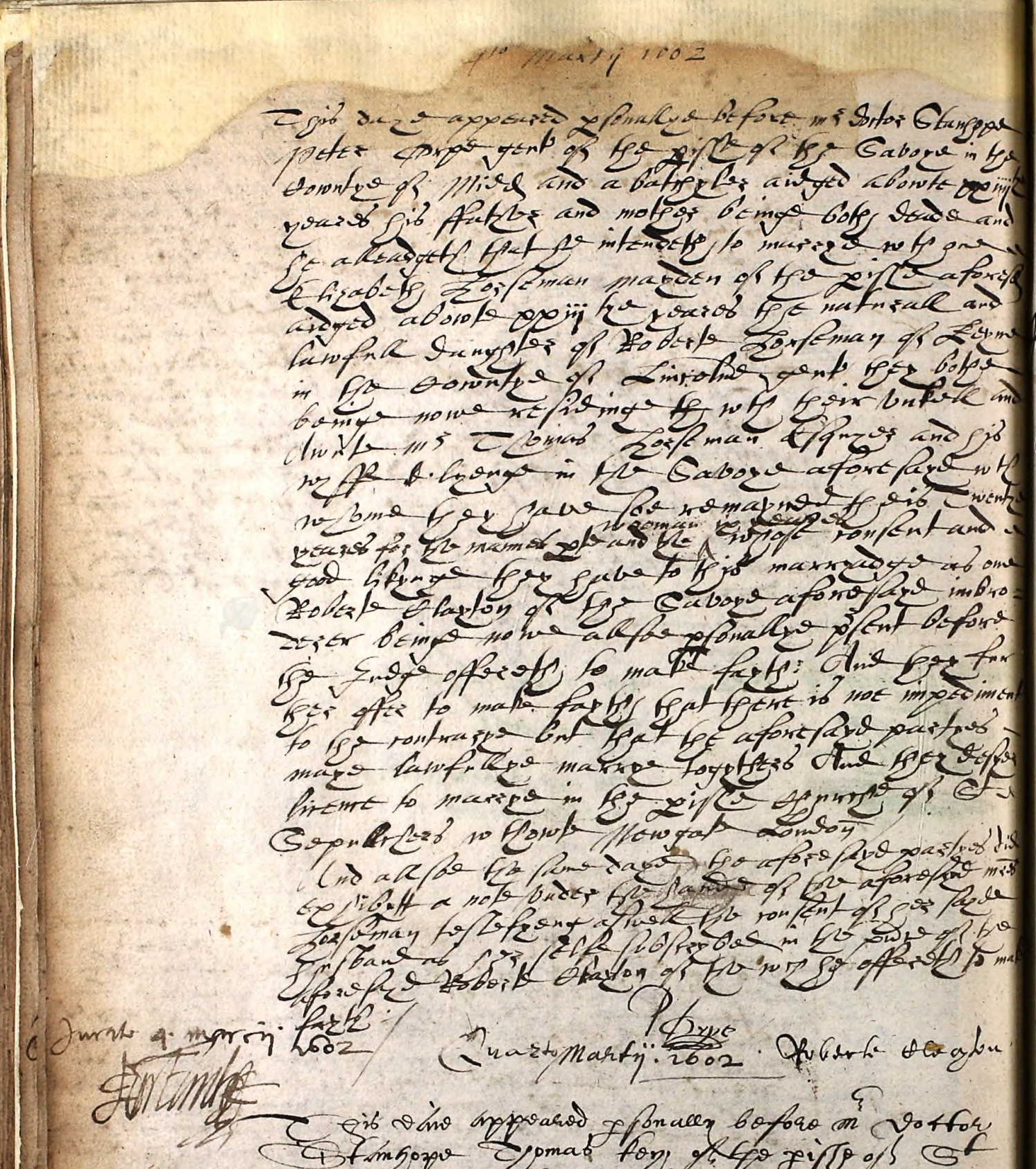 From London Marriage Bonds and Allegations.