Or "Horsman". Thomas Horseman,
or Horsman.

He mar Elizabeth Hussey.
She was dau of Sir Robert Hussey, of Blankney, Lincolnshire, by his wife Anne Say, dau of Sir Thomas Say, of Liston, Essex].
Elizabeth was widow of Thomas Ayscough.

Part of inscription on tomb of Sir Thomas Horseman at Burton Pedwardine church.
Lists him as: "Sir Thomas Horsman, son and heir of Thomas Horsman esquire, sometime Lord of this Manor, and Elizabeth, one of the daughters and co-heirs of Sir Robert Hussey knight."

The Manor House at Burton Pedwardine was for sale as at 2015.
Though this building is believed to date from the mid 18th century.
See satellite view. 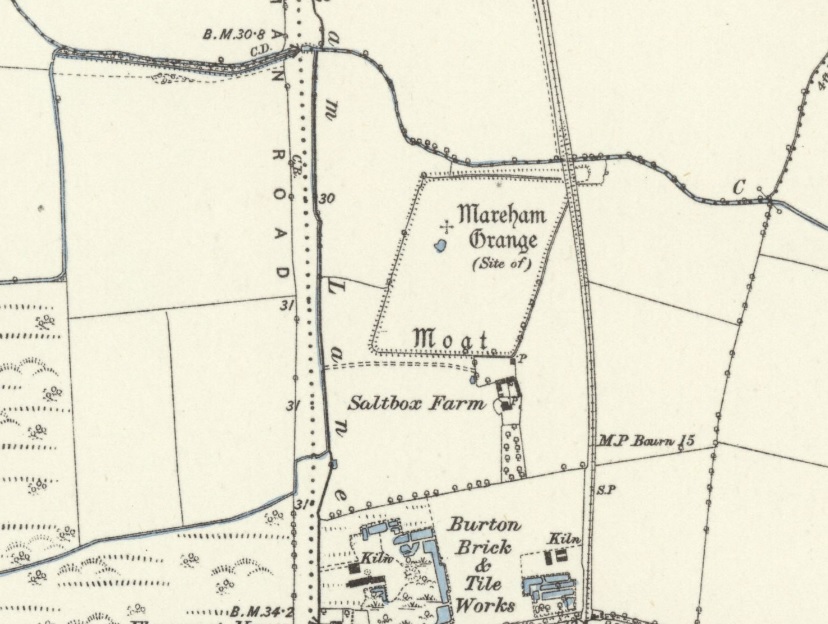 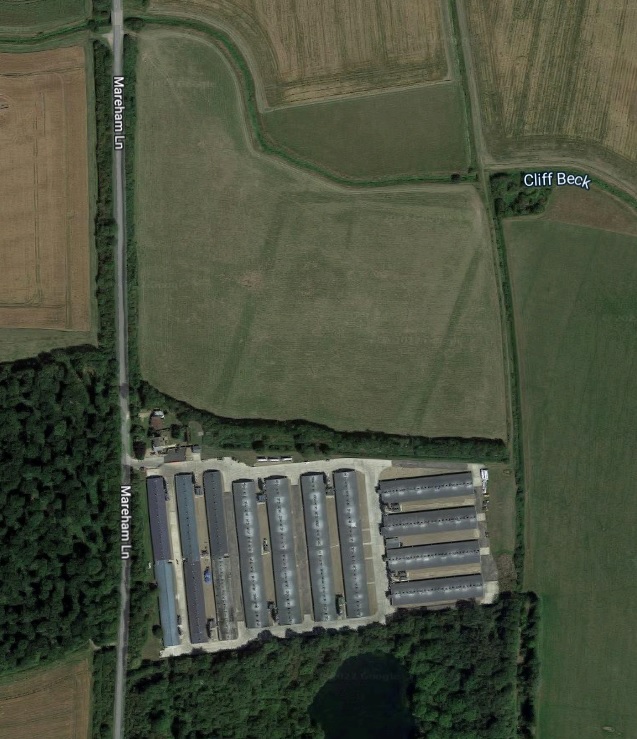 Site of Mareham Grange today.
Outline of moat still visible.
See archaeology.
From Google Maps.
See street view at the bridge to the NW, looking back into the field.