54 Northumberland Road, Ballsbridge, Co.Dublin.
The widowed Nell Humphreys and her family lived here from 1909.
It was their home during the 1916 Rising, in which Nell's brother was KIA, and in which Nell's son also fought and was afterwards jailed.
There was fierce fighting at Mount Street Bridge, at the end of Northumberland Road, during the Rising.
The Humphreys family left in 1917 or 1918.

Later, in WW2, the embassy of Nazi Germany was two doors away, at 58 Northumberland Rd. 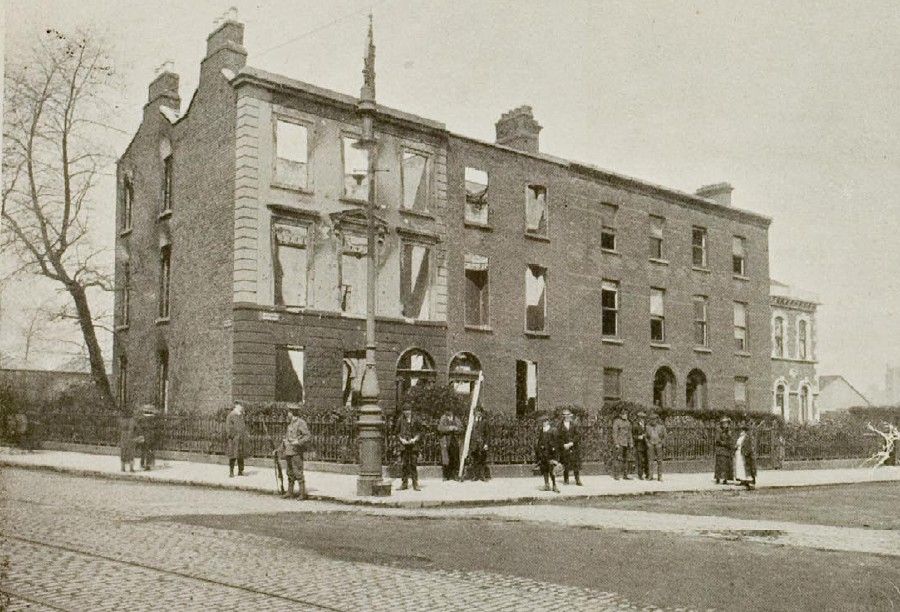