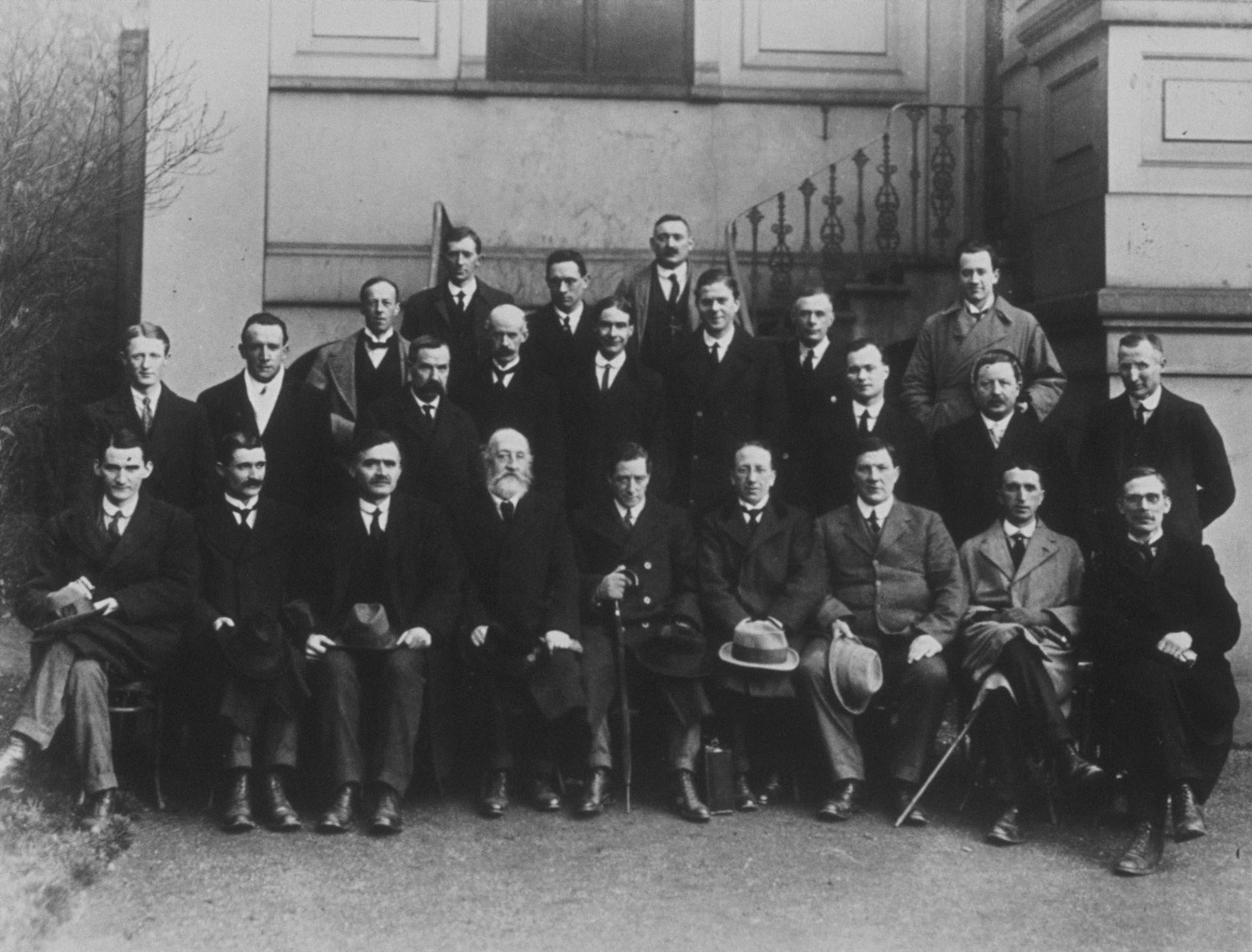 The first meeting of the First Dail, Jan 1919.
Neither W.T. Cosgrave (in jail) nor James O'Mara (absent through illness) were there.
See rollcall.
See larger and full size.
From RTE.

Commemorative Poster of the First Dail Eireann, 1919.
For sale here as at 2022.
This says James O'Mara was absent from the first meeting through illness, while W.T. Cosgrave was in jail. 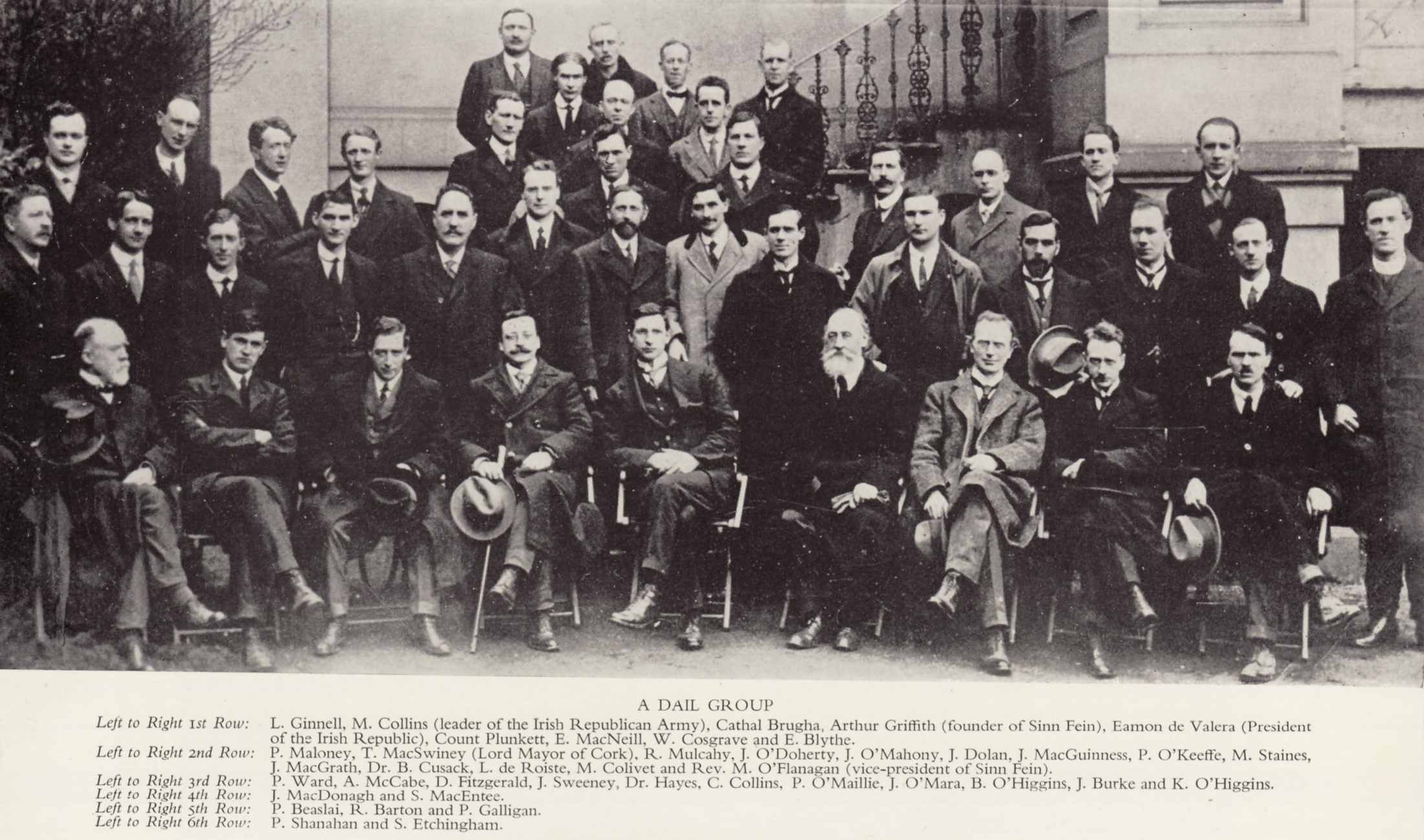 Members of the First Dail.
Photo is not at the first meeting in Jan 1919, but rather at a later meeting on 10 Apr 1919.
James O'Mara is 4th from RHS at back.
Front row includes a line of Michael Collins, Cathal Brugha, Arthur Griffith, Eamon de Valera, Count Plunkett, Eoin MacNeill, W.T. Cosgrave.
See larger and full size. 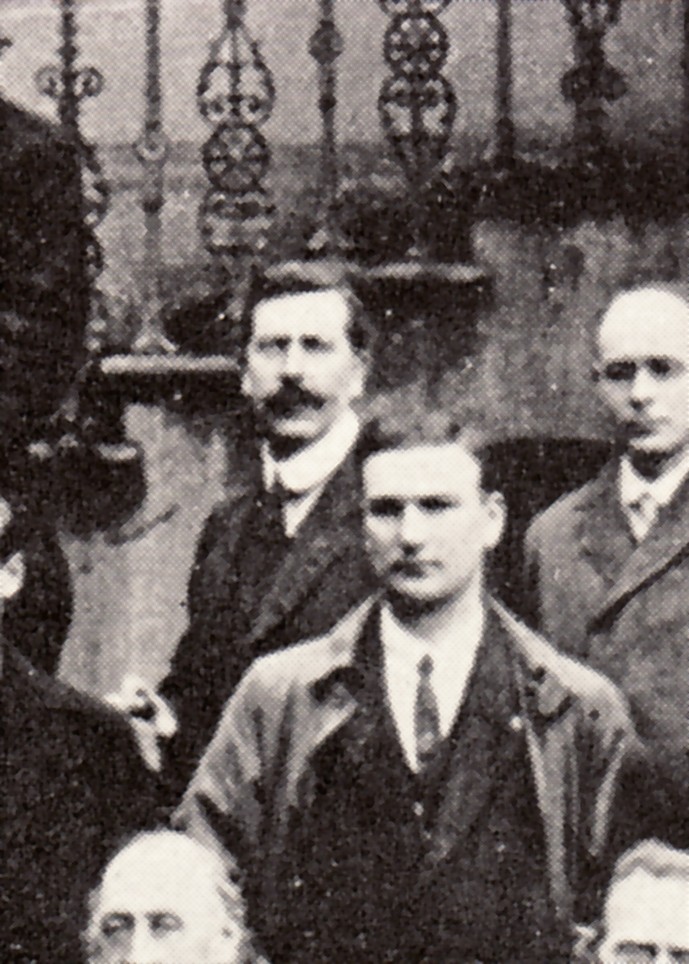 James O'Mara.
Detail of the above. 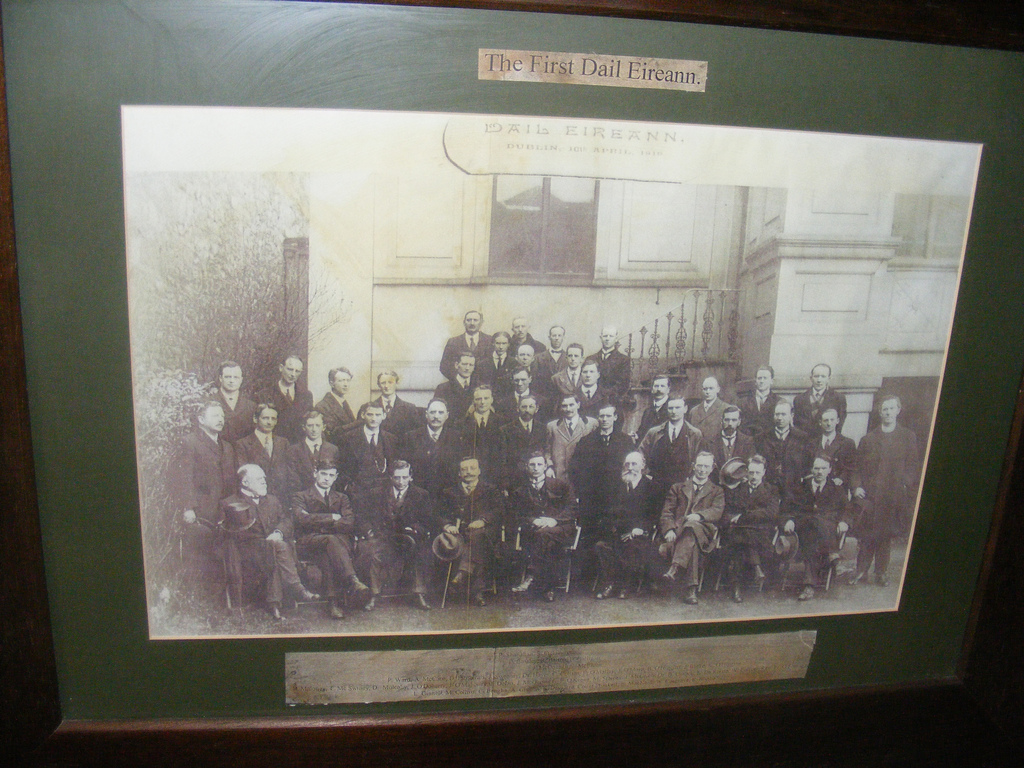 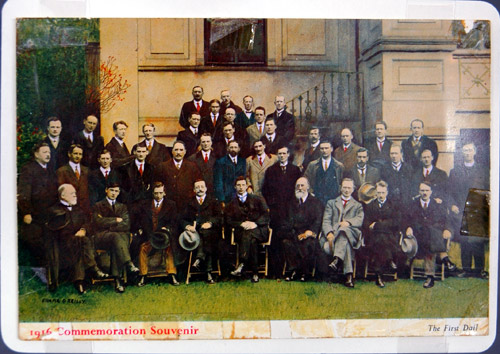 Coloured version of the above.
From University of Otago, New Zealand. 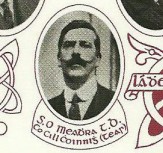 "Seamus O'Meadhra" (James O'Mara).
From poster of members of First Dail. See full size.
From Irish Election Literature.
This has the name Michael Finneran, TD on it, but think it is an old poster which he is distributing for the 90th anniversary in 2009.