Possibly John Hennessy and Margaret O'Mara.
The back appears to say "John Hennessy".
See full size. Courtesy of Heide Churchward.
See Photo of man who may be a young John Hennessy.

Elena O'Mara, Margaret O'Mara, Mary Hennessy (Polly, bapt 1859).
Photo c.mid 1870s, taken in North America, sent back to family in Limerick, would be after Margaret's 1st husband died.
See larger and full size.
The back is from "Maggie" to "Uncle James". 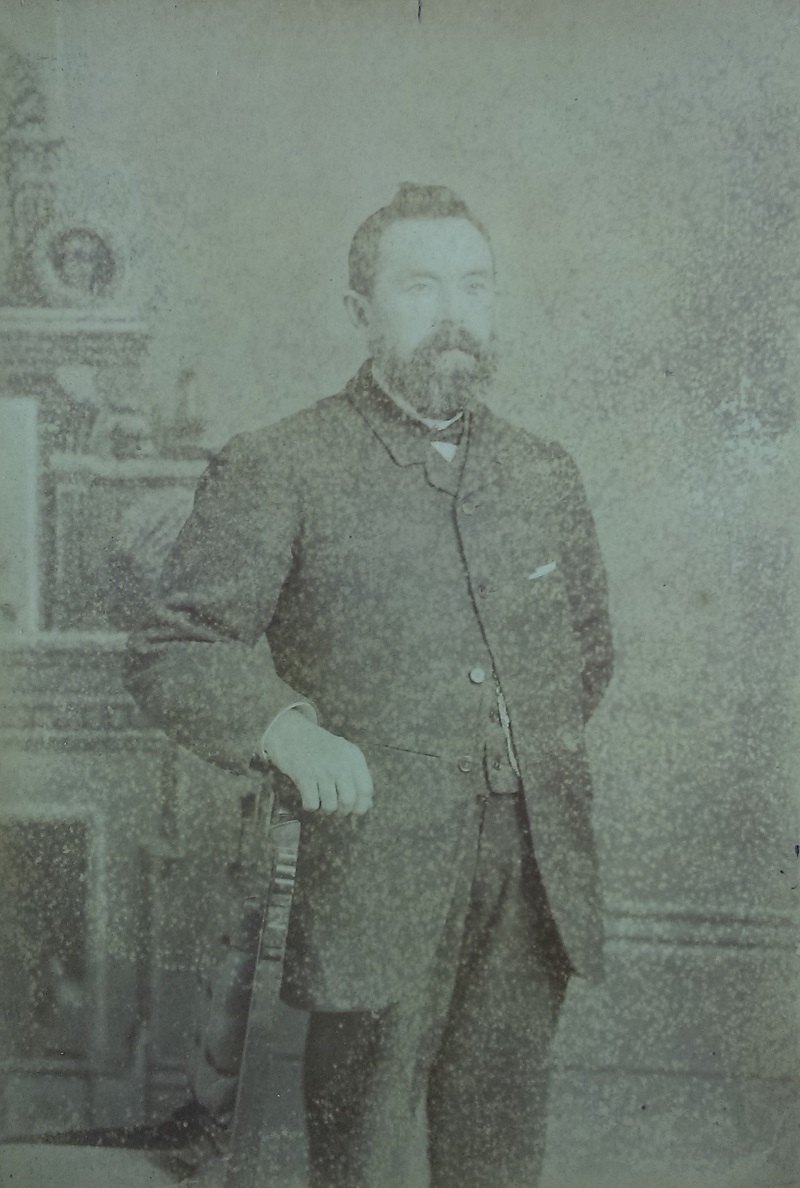 This must be John Crotty, c.1880s.
John Crotty signs the back, addressed to his step-dau Polly.
Photo taken in Winnipeg, Manitoba, Canada.
See larger and full size.
From [P40/909]. Used with permission of [UL Archives].