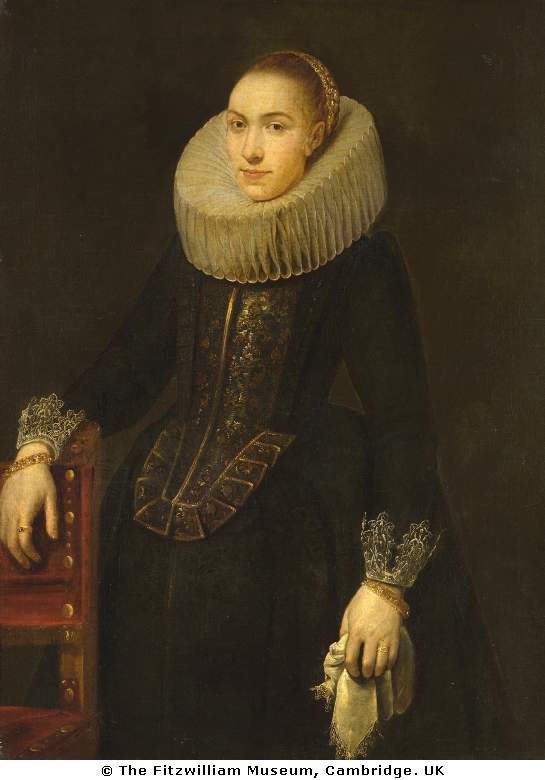 Identified in [Ball, vol.2, 1903] as Margaret Plunkett, by Cornelius Johnson.
But Fitzwilliam Museum now says "Portrait of a woman" by unknown.
Portrait c.1625.
Used here with the kind permission of the Fitzwilliam Museum, Cambridge.