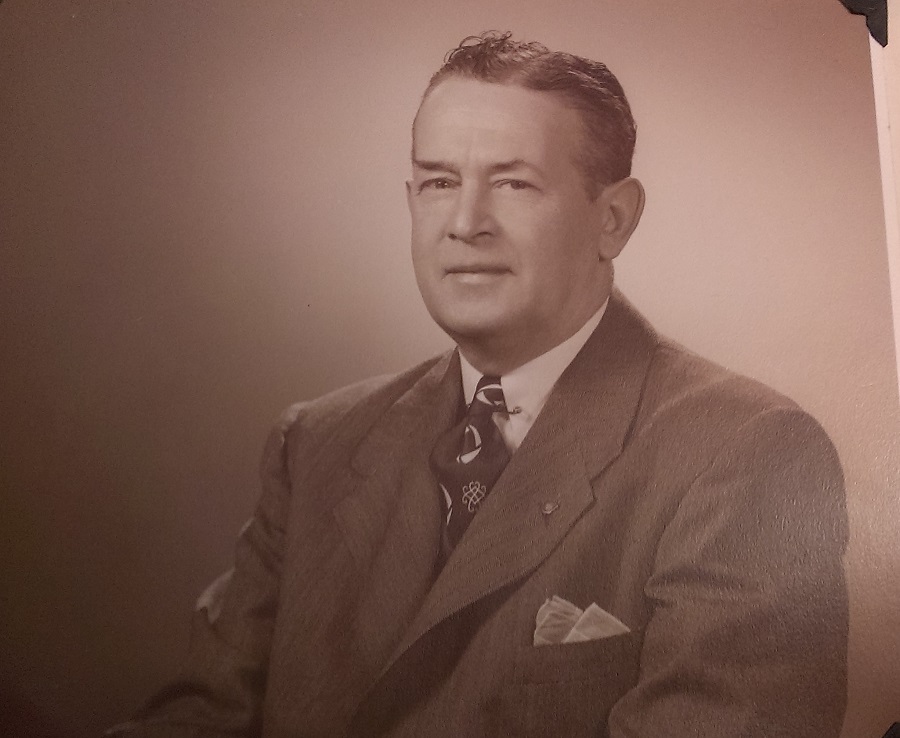 He mar Marene ---- [Marene L.].
He was a member of the Missouri Mining and Metallurgical Association.
He worked as engineer inspector for Chicago Public Works Authority.
1929 photo has him at Park Ridge, Illinois (suburb of Chicago).
Undated newspaper cutting refers to construction of SE intercepting sewer out to Aurora, Kane county, and forthcoming water works project in Chicago. It says: "Stack .. has established an office on the second floor of the old post office building" (would refer to the post office building used before the 1921 post office building).
He was later Registered Land Surveyor, State of Florida.
They lived in area of Ocala, NC Florida.
He died 5th Feb 1978, Silver Springs, near Ocala, age 80 yrs,
funeral 7th Feb, in or near Silver Springs [mass card].
Bill and Marene had adopted issue: 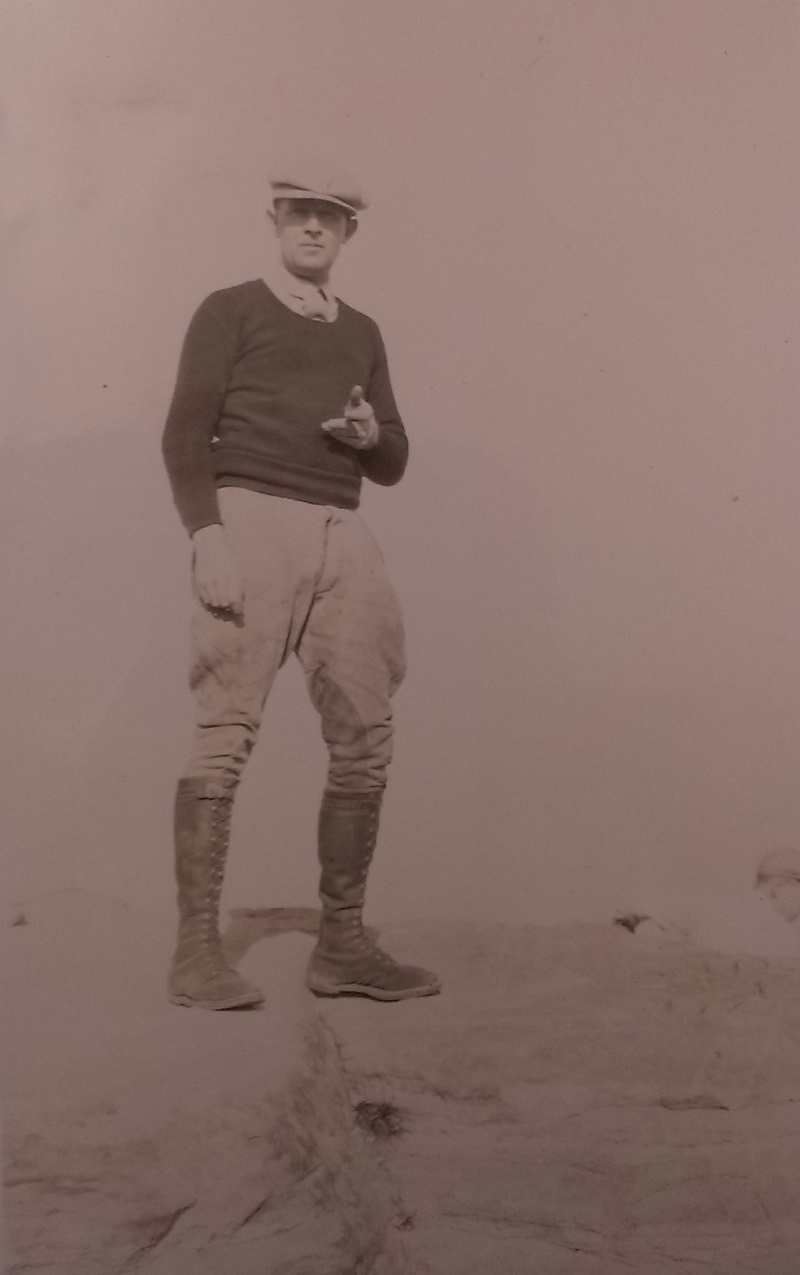 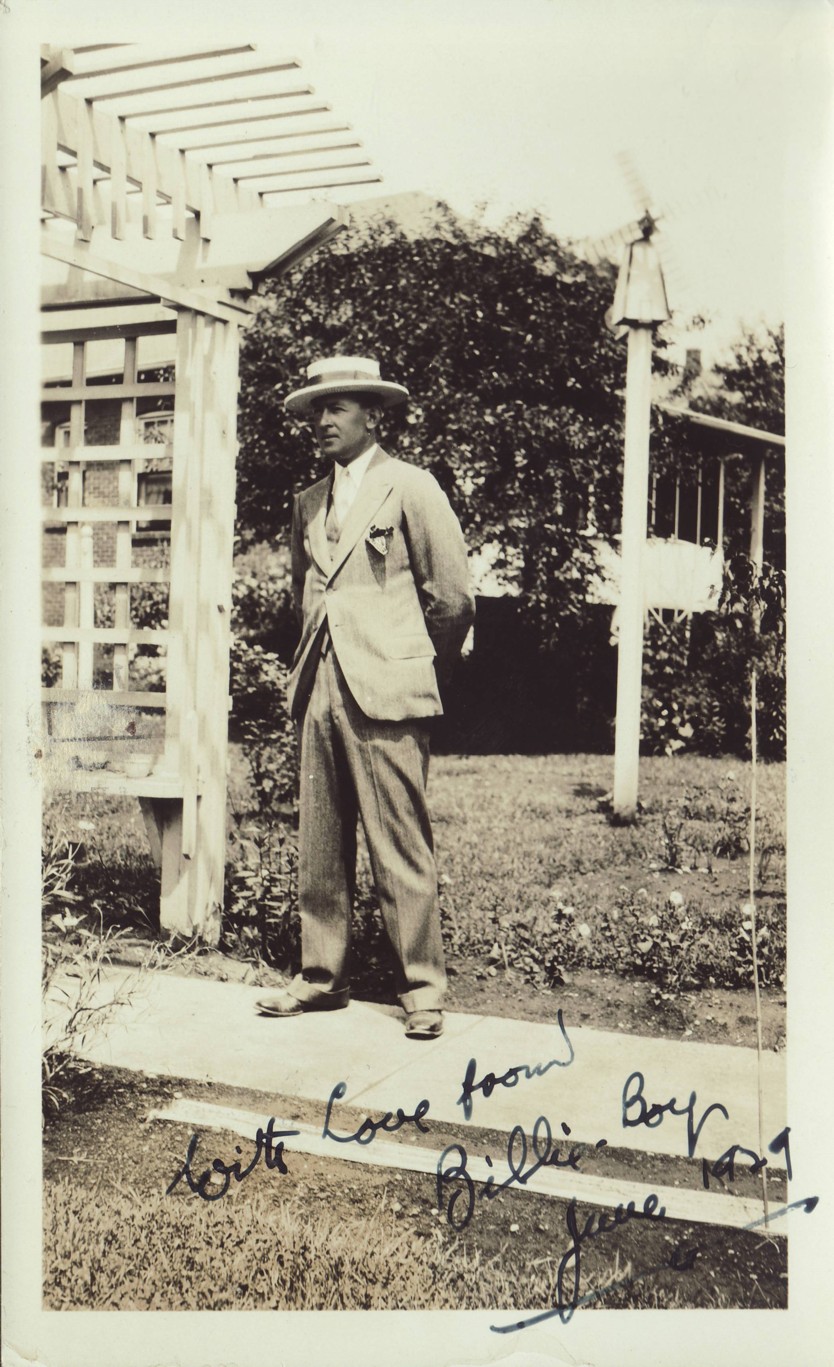 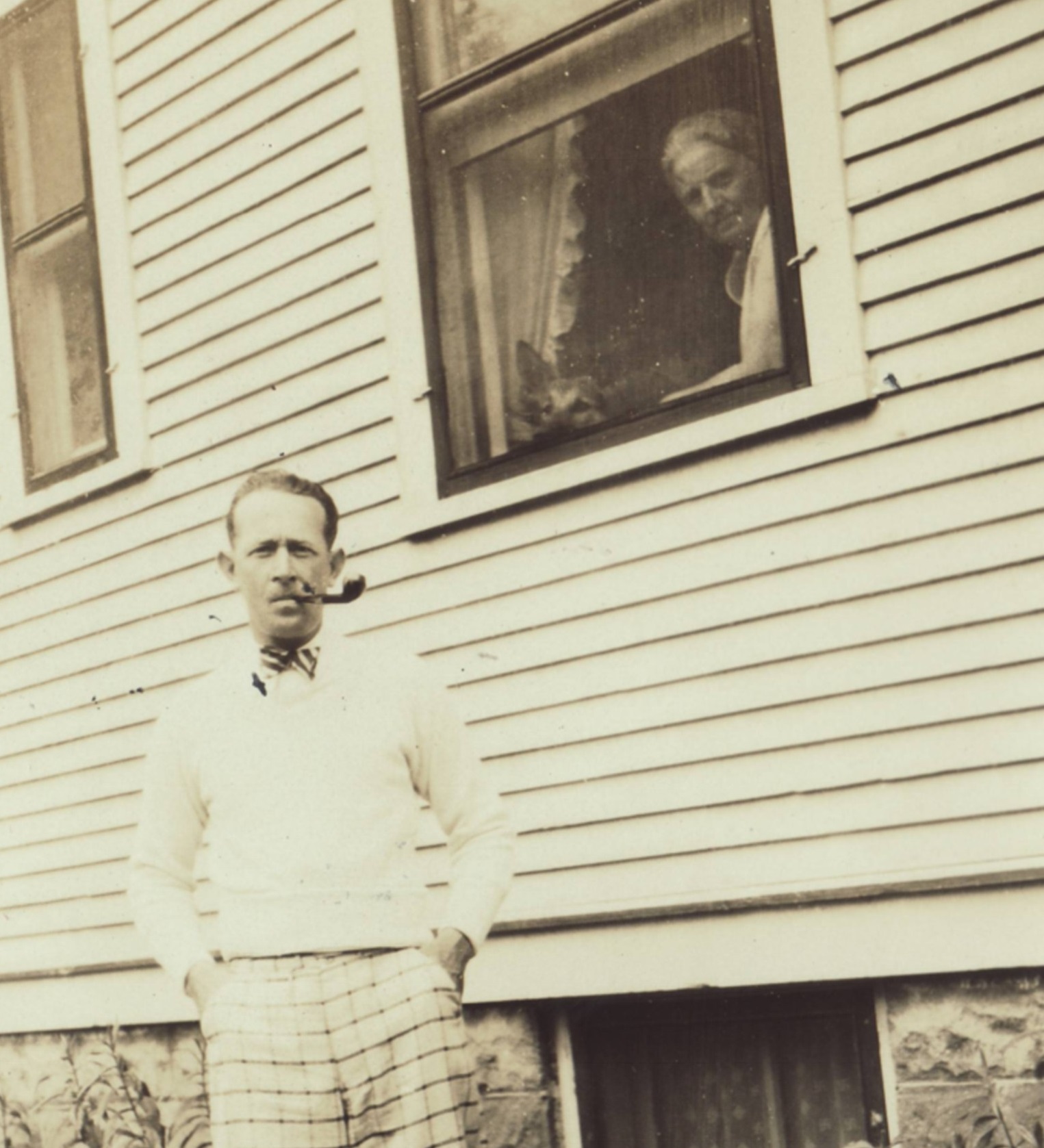 Bill Stack. 1927 photo.
Thought to be Marene looking out of window.
See wider and full size. 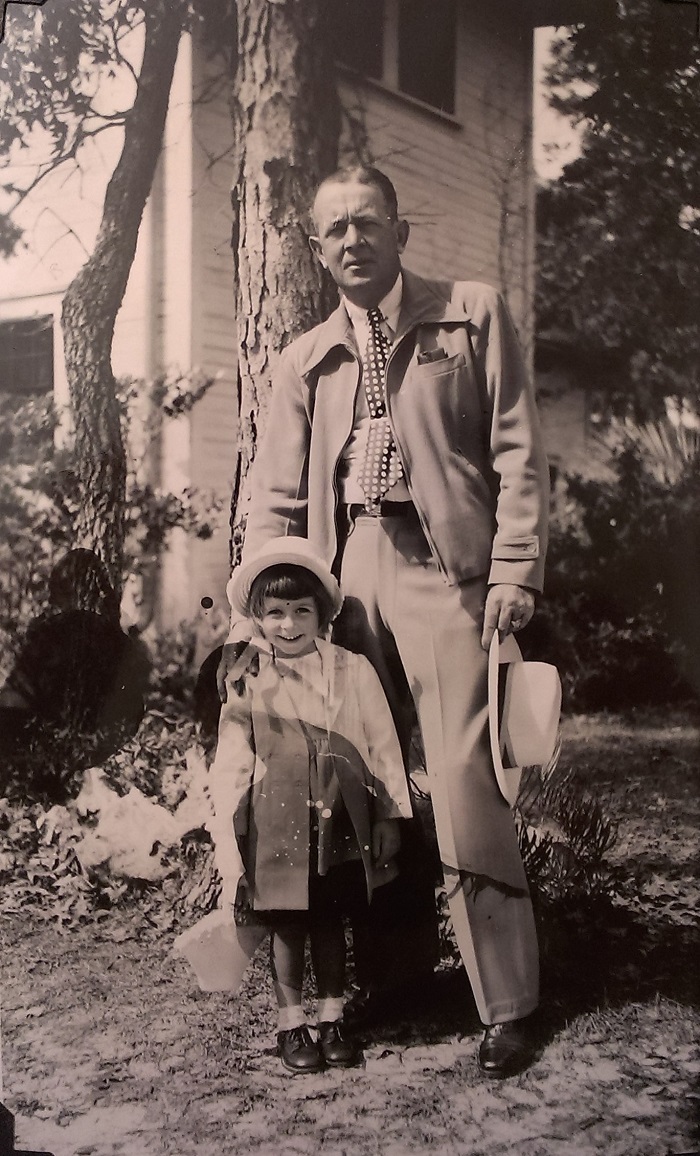 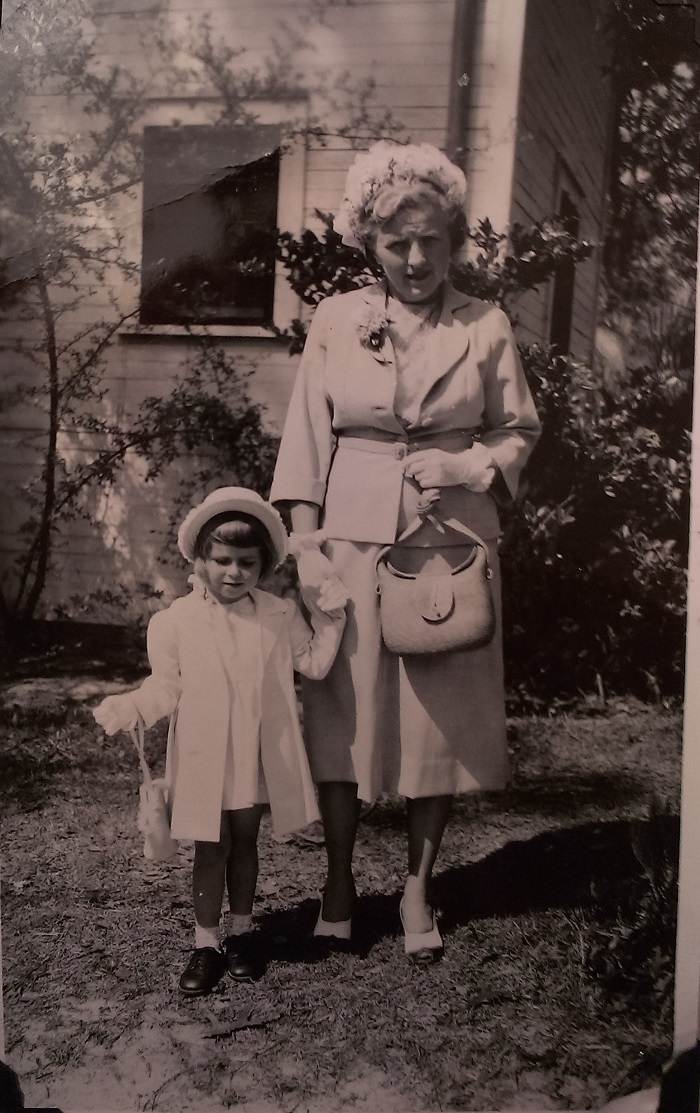