Don't know how (or if) these might be related: 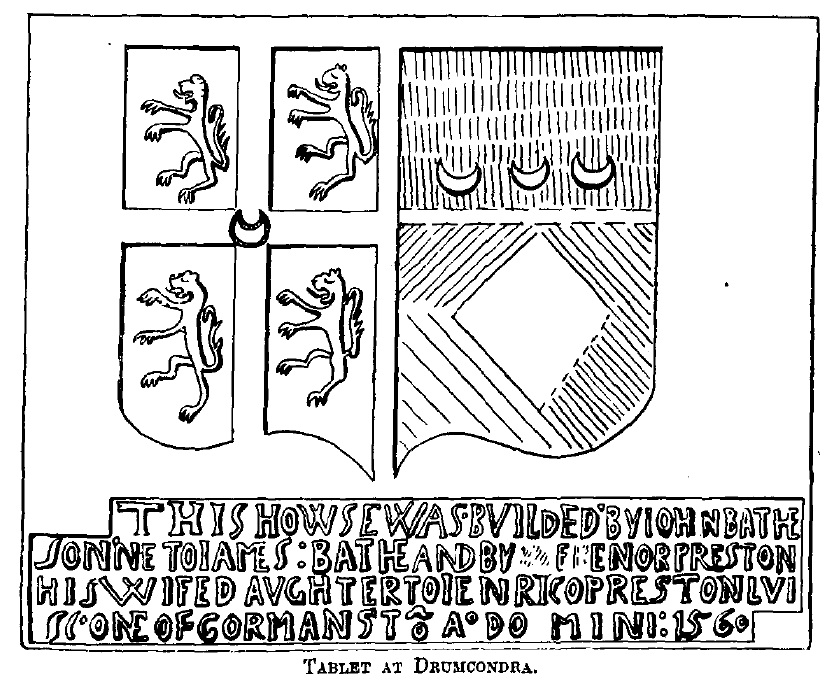 [Ball, vol.6, 1920] said the above tablet from Drumcondra Castle was then preserved at St. Joseph's Asylum for the Blind.
Inscription says this house was built by John Bathe son of James Bathe, and by Elenor Preston, his wife, daughter of Jenico Preston, Viscount Gormanston, year 1560.