Richard Fitzwilliam,
of Merrion, Baggotrath and Dundrum,
born est c.1495.
Lived at Baggotrath.
He mar Catherine Bathe.
Supporter of his 1st cousin Garret Og Fitzgerald, 9th Earl of Kildare (Lord Deputy of Ireland 1513-18).
When the 9th Earl was called to England in 1518, Fitzwilliam went with him.
Leased out Merrion 1519 when going to England for a time.

He was bur White Friars' Monastery, Dublin (the Carmelite Monastery, also called St.Mary's Priory, not to be confused with St. Mary's Abbey).
On his tomb in the Church of the White Friars he directed that a great marble stone should be laid with a brass engraved with representations of himself, his wife, and his children "after the custom of England" [Ball, vol.2, 1903].
White Friars' Monastery was dissolved in 1539 and demolished 1541.
The Monastery is entirely gone. The site was around modern Whitefriar St and Whitefriar Place, off Aungier St (see map).

Richard and Catherine had issue:

An early 1500s wooden statue of "Our Lady of Dublin", preserved in the 19th century Whitefriar Street Carmelite Church, Dublin.
The statue is said to have been preserved from St. Mary's Abbey, Dublin after the dissolution of the monasteries in 1539. (Including the dissolution of the White Friars' (Carmelite) Monastery at this site.)
Photo 2011. See full size. From here. 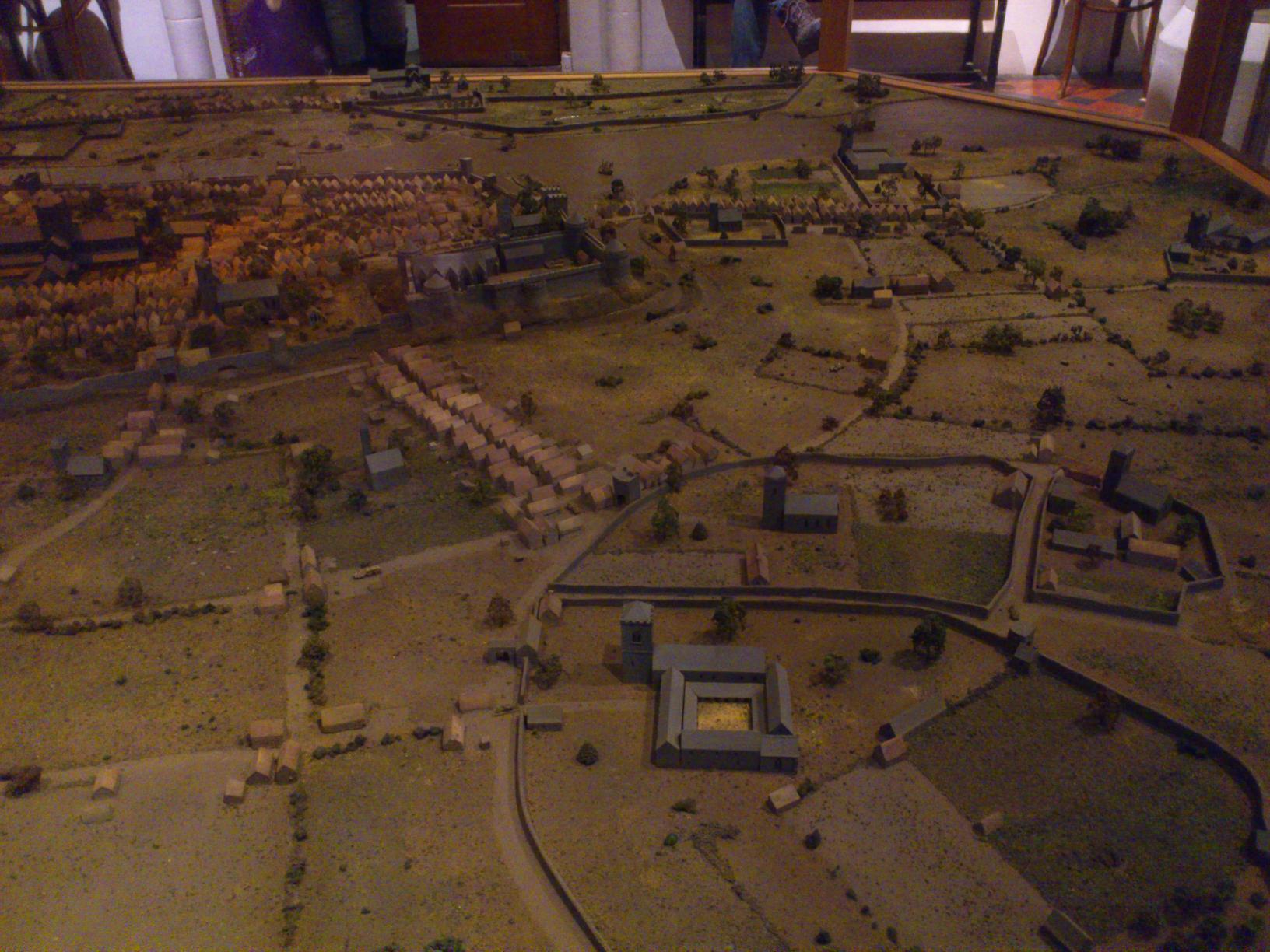 White Friars' (Carmelite) Monastery (foreground) on Model of Dublin around 1500.
Burial place of Richard Fitzwilliam in 1528.
Dublin Castle in background.
See full size and other shot.