Waterville House, Waterville townland, Dromod par, Co.Kerry.
S side of village of Waterville, on Ballinskelligs Bay, on the Iveragh Peninsula.
It is beside the Currane River, which runs from Lough Currane to the sea.
The house was sometimes referred to as "Currane". See p.305 of [O'Connell, vol.1, 1892].
The village itself was called "Currane" or "Coirean", and later "Waterville".

Whitwell Butler the elder listed at Waterville in [Deed, 1785].

Whitwell Butler the elder listed at Waterville in [Deed, 1790]. 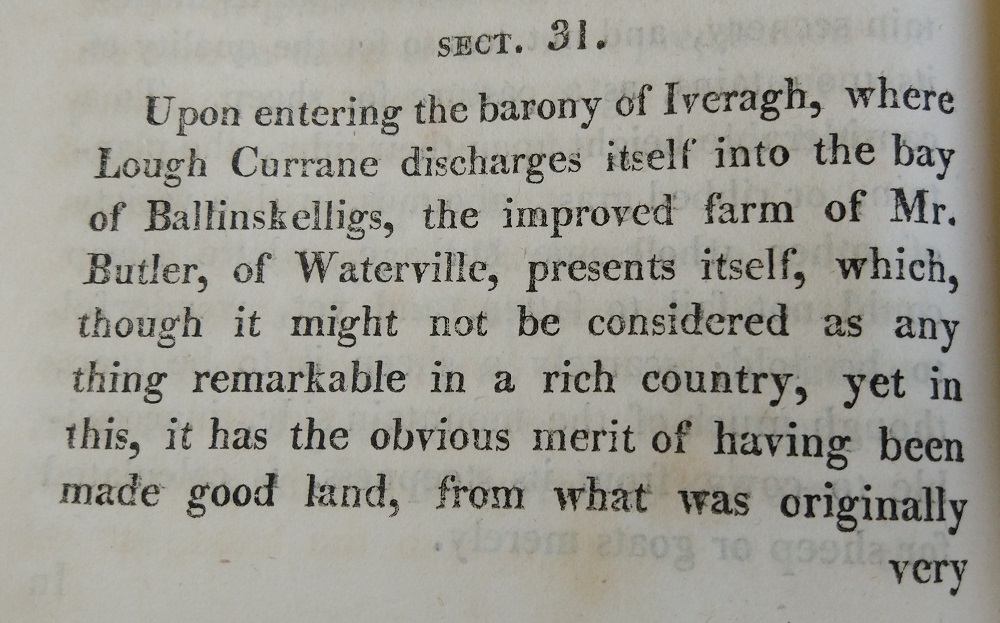 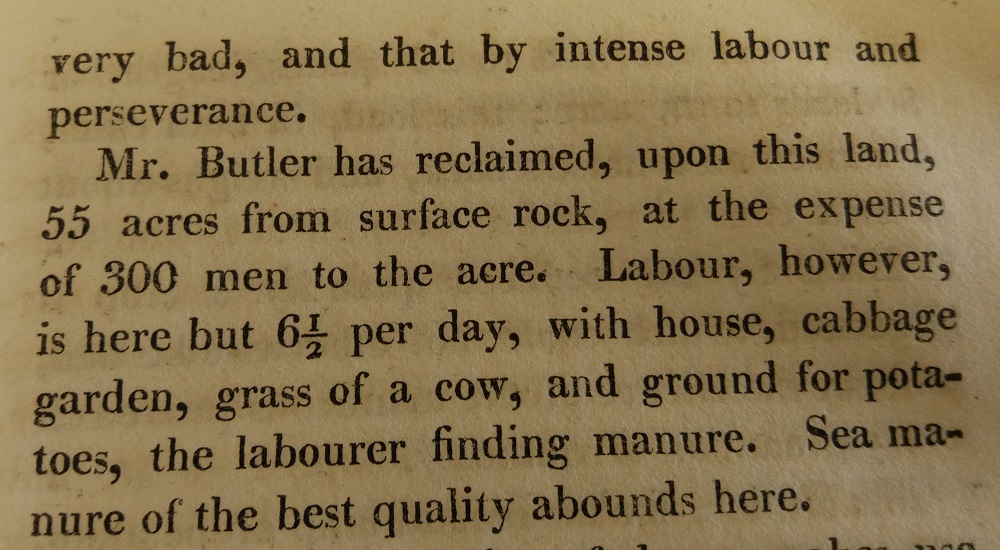 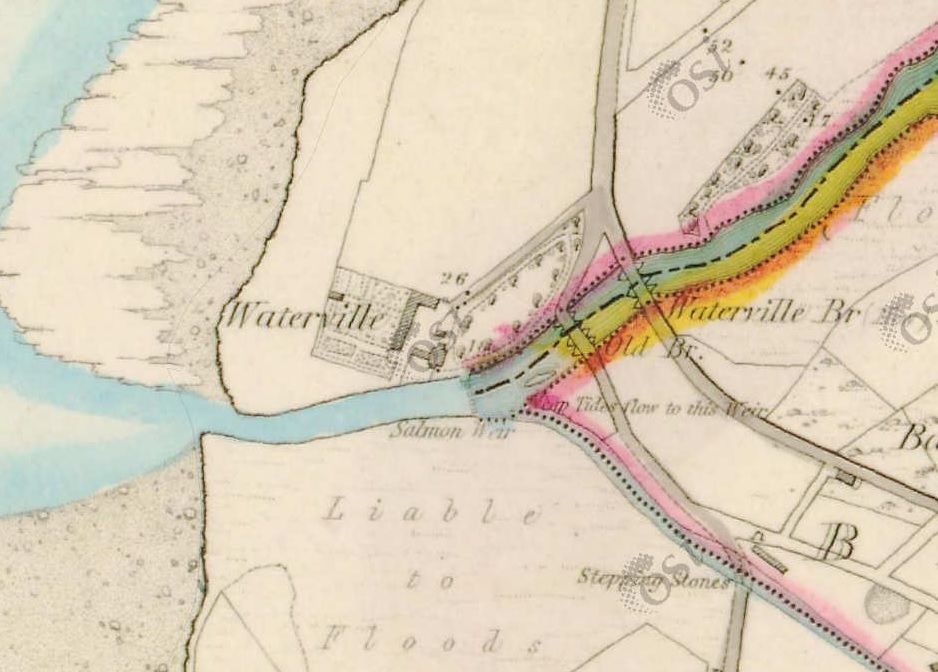