James Butler, born 1780.
Lived Waterville House, Co.Kerry.
He is listed at Waterville in [Leet's Directory, 1814].
[O'Connell letters in 1816] about his forthcoming marriage make it clear that he is a bachelor and had no previous marriage. So if he had any older children they would have to be natural children. 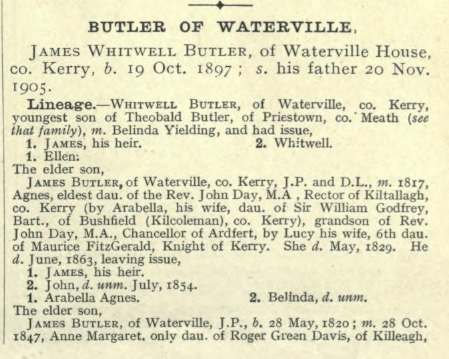 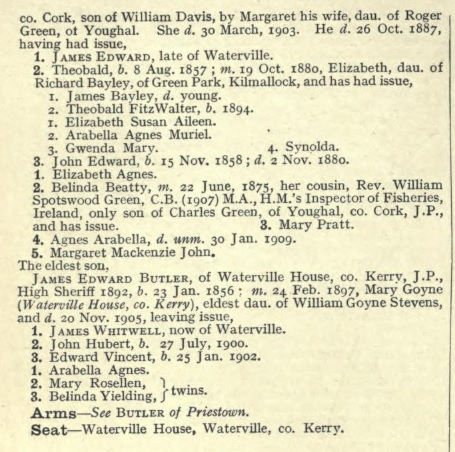