The "Portlester Chapel" (the SE chapel) at St.Audoen's was built 1482 by Rowland FitzEustace, Baron Portlester.
His 3rd wife Margaret Dartas was buried there before 1496 [Tickell, 1955].
He died 1496. He was buried in Co.Kildare, but effigies of him and his 3rd wife were placed at her grave in the Portlester Chapel in St.Audoen's.
Later these effigies were moved to the base of the tower, and survive there today.
[McMahon, 2006] says the correct reading of the inscription on the monument (dating the chapel) is 1482, NOT 1455 which it has been incorrectly read as elsewhere, including on the plaque at the site.

Portlester tomb (on RHS, effigies of Baron Portlester and his wife Margaret Dartas).
In the porch (base of the tower), St.Audoen's Church, Dublin.
Tomb on LHS is of a bishop.
Photo 2012. See full size.

Portlester tomb, St.Audoen's, Dublin.
From [Finerty, 1898]. Copy here.
See larger and full size.
Note the base has been changed since. The modern plaque says the new base dates from 1949. 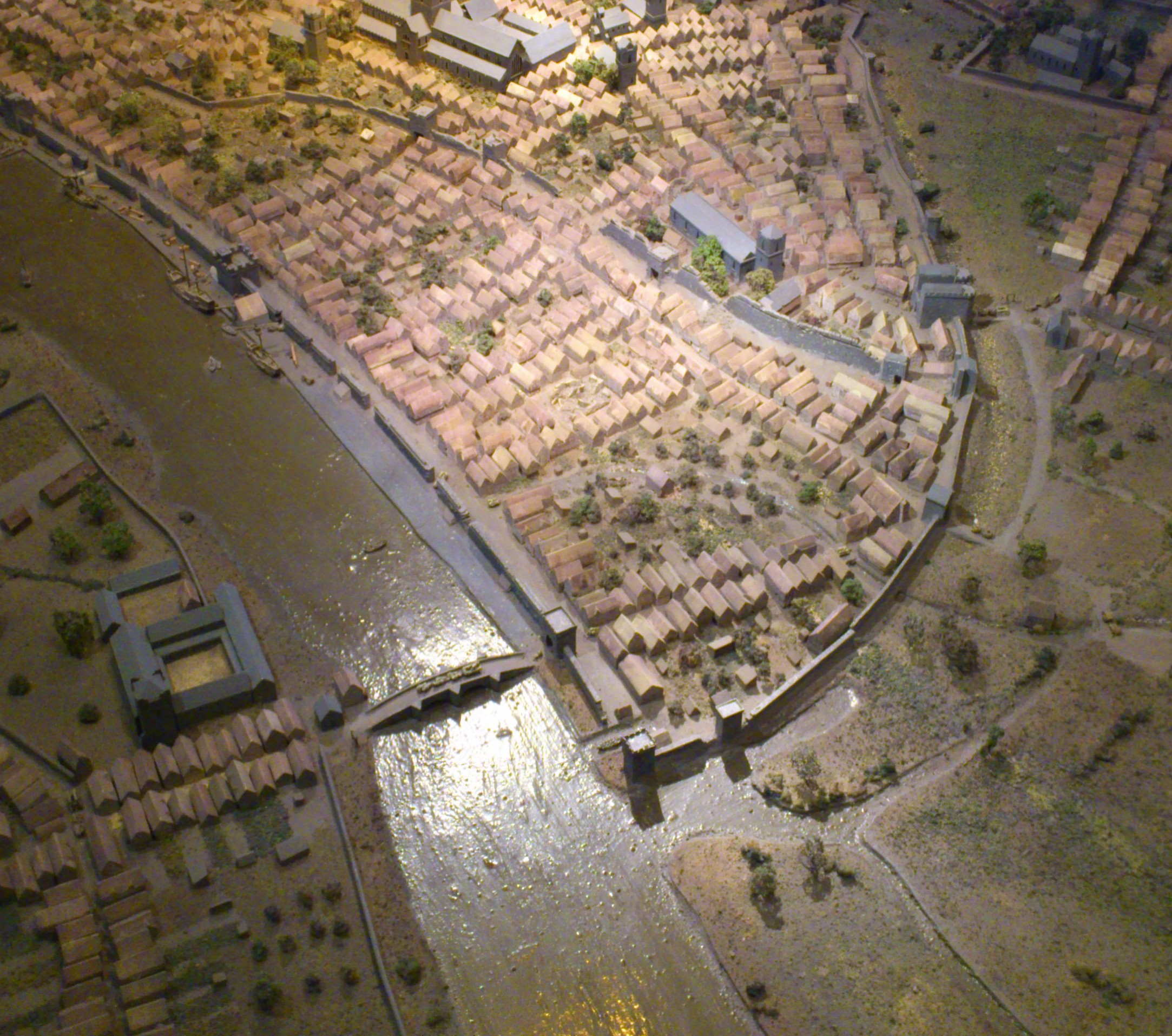 St.Audoen's church on a Model of Dublin around 1500.
The city gate at the back of the church still exists today, as does some of the city wall.
Dublin Bridge was for centuries Dublin's only bridge.
See full size and other shot.

St. Audoen's gate, the surviving gate of the old Dublin city walls, at the back of St.Audoen's church.
Search for more videos.