Alexander Martin is listed there in 18th century.
The unmarried Gibbon sisters (nieces of Alexander Martin) are listed there in [Aberdeen Directory] 1851-52 to 1860-61.
By the time the Gibbons lived there some of the grounds had been surrendered to form Nellfield Cemetery. See map of 1866-67.
The house was eventually demolished to expand Nellfield Cemetery.
Nellfield House was at the S side of the triangle (off Nellfield Place) and is now completely vanished under the cemetery. See satellite view. 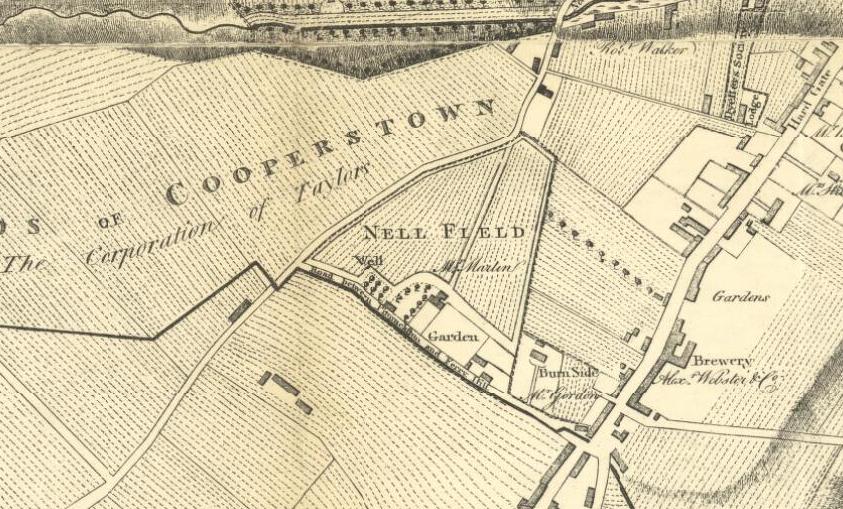 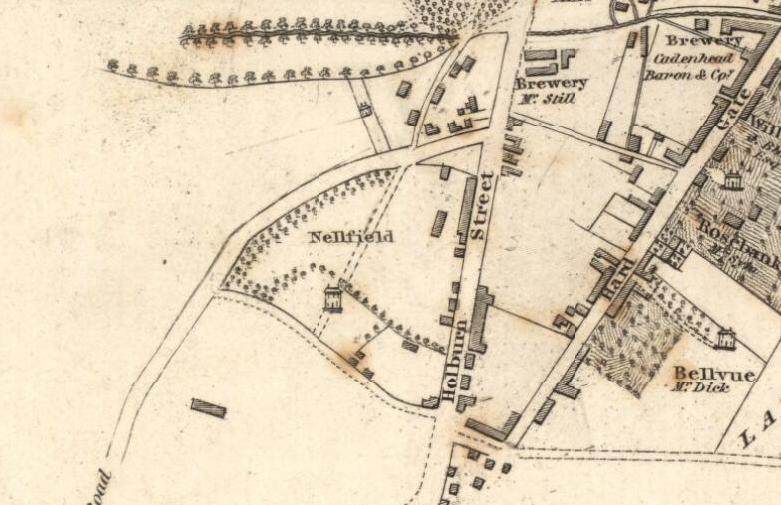 Nellfield House on 1828 map of Aberdeen.

Poem of Oct 1852 written by Ann Gibbon from "Nellfield House".

Location of Nellfield House.
It is now completely vanished under the cemetery.
From Google Maps.