Our family has no known connection to Gibbon of England.
We begin with:

Extract from map of 1654.
Shows Echt (top left, near Loch of Skene) and Aberdeen and Torry (near Aberdeen). 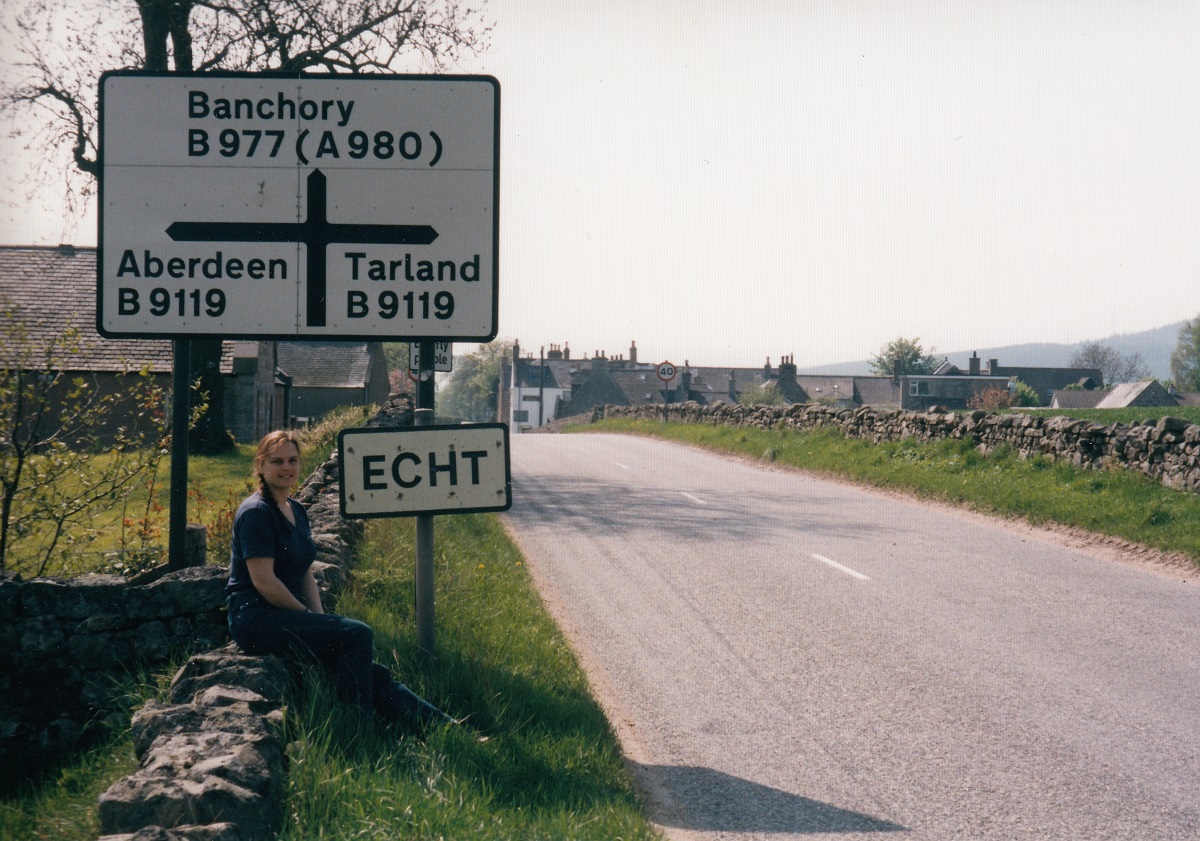 Street view of the same road into Echt.
A bit further out of town.

Our family is Gibbon of Aberdeenshire, Scotland.
They have no known connection to Gibbon of England.
However in the 19th century they were granted the right to use a version of these Gibbon arms.
The expense book of Arthur Augustus Gibbon records periodic payments of fees to the College of Arms for an Armorial Bearings Licence, various dates 1878 through 1893. Arthur Augustus Gibbon used the arms constantly.

The papers of our Gibbon family focused on the grant of Gibbon arms to Gibbon of Dorset in 1681. Though there is no known connection to our family.
Arthur Augustus Gibbon had the stained glass crest made in 1881, on the 200th anniversary of the grant of arms in 1681.
However, the Gibbon arms are older than 1681. Gibbon of Dorset are only one Gibbon family to whom the arms (or similar) were granted.

The motto: The motto used by our Gibbons is "Per Mare et Terras" ("By sea and land").
Our Gibbons, of Aberdeen, were a maritime family. I am not sure if this motto was invented for our Gibbons in the 19th century, or is older. 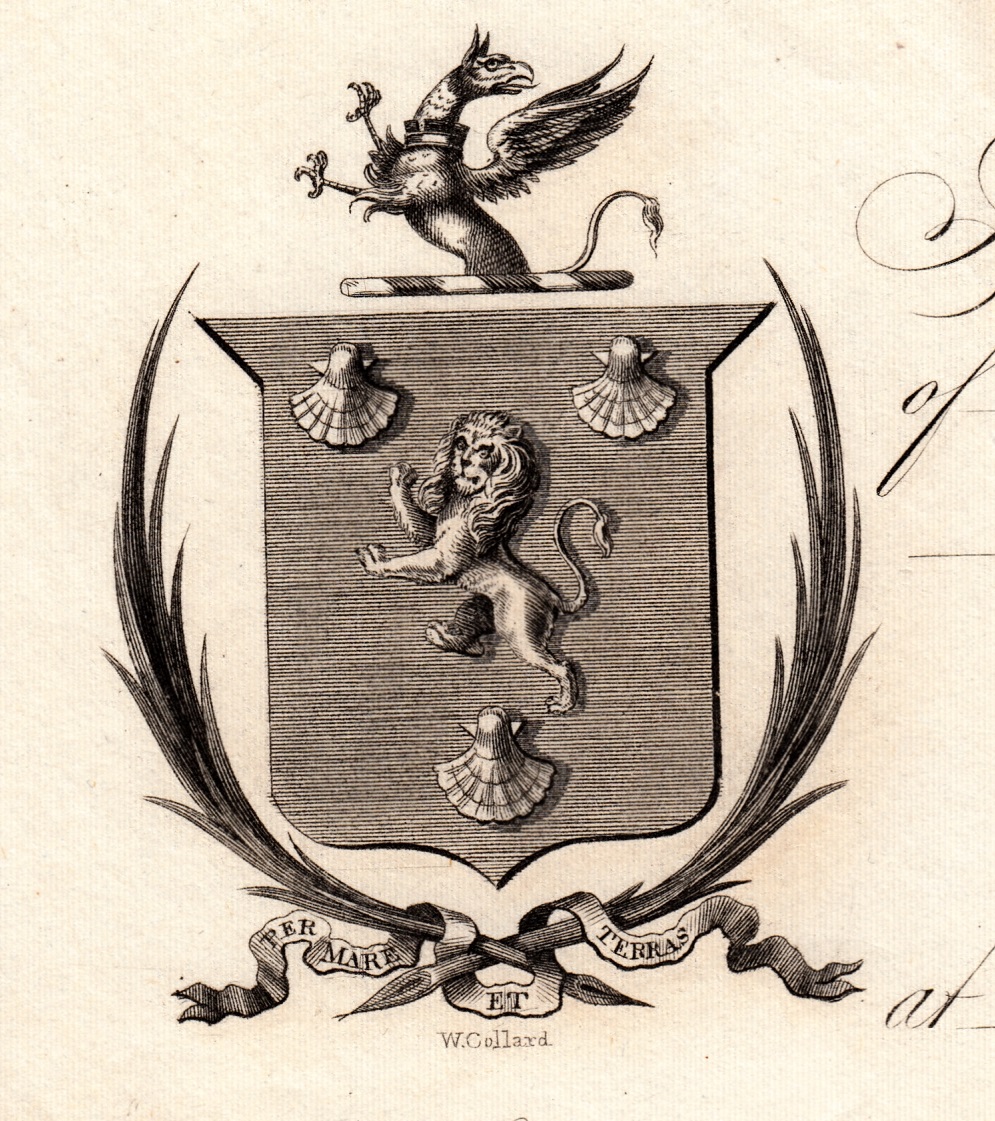 The Gibbon coat of arms. On paper.
There are multiple copies of this in Gibbon papers. Look like they are all cut out from some printed forms or notepaper with the Gibbon arms.
See larger and full size.
See other photo.
See other version. 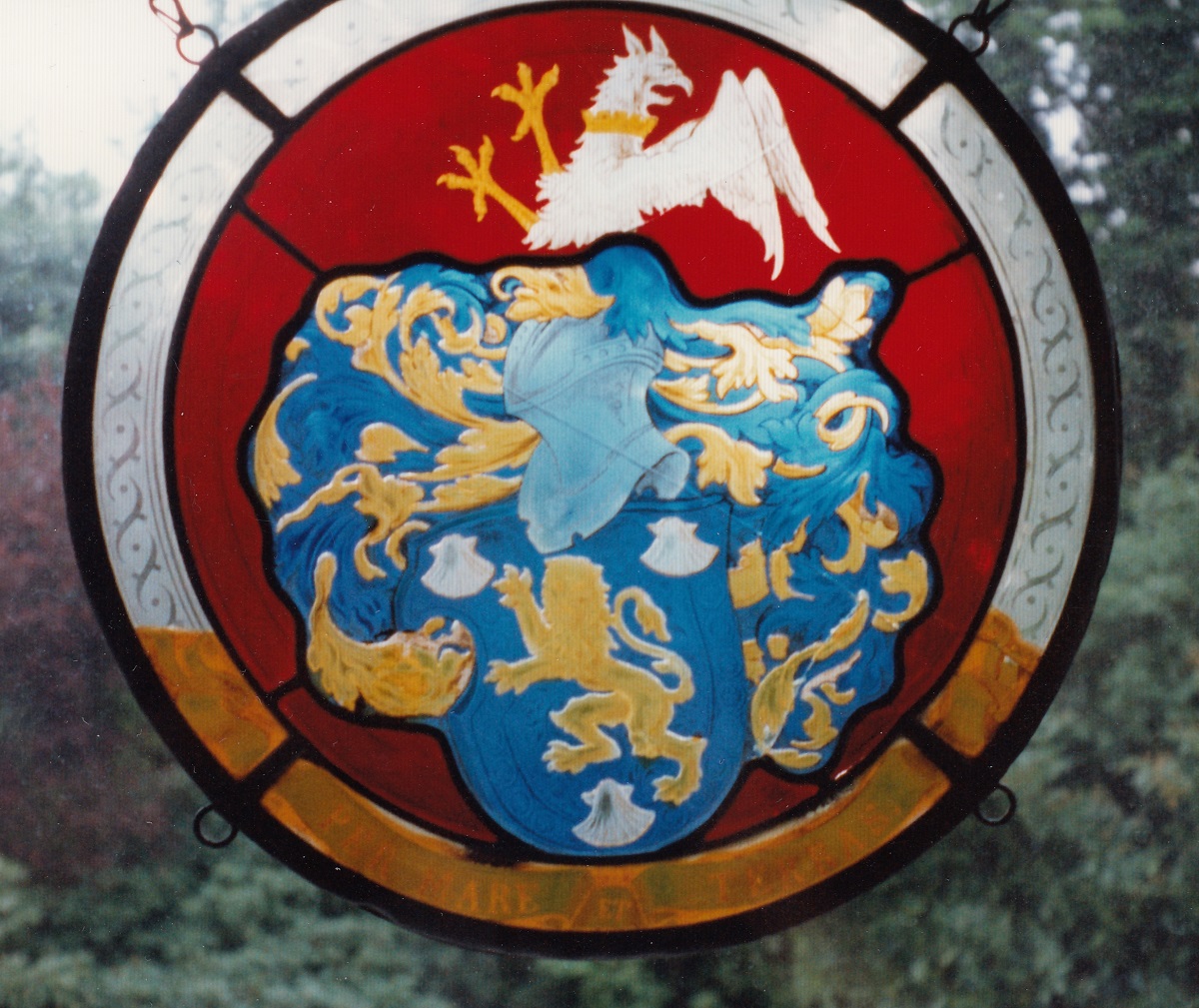 The Gibbon coat of arms.
Stained glass in our family.
Painted for Arthur Augustus Gibbon by "Herr Ziebert" in 1881.
See larger and full size.
See other shot.

Everyone with the surname Gibbon wonders if it is something to do with the apes called gibbons.
The answer is complex, and may be yes.

The family of apes called gibbons were first given their name in print by the great French naturalist Buffon in 1766 in Histoire naturelle.

Entry for "gibbon" on p.778 of 1910 edn of An Etymological Dictionary of the English Language by Walter W. Skeat.
Screenshot is from a reprint.
This suggests quite a plausible theory - that the French in early-mid 18th century India got the name not from the natives but from the British in India.
The origin may be related to "gib" the cat.
Or the ape could even be named after some British man called Gibbon.

Gibbon the historian is not the origin