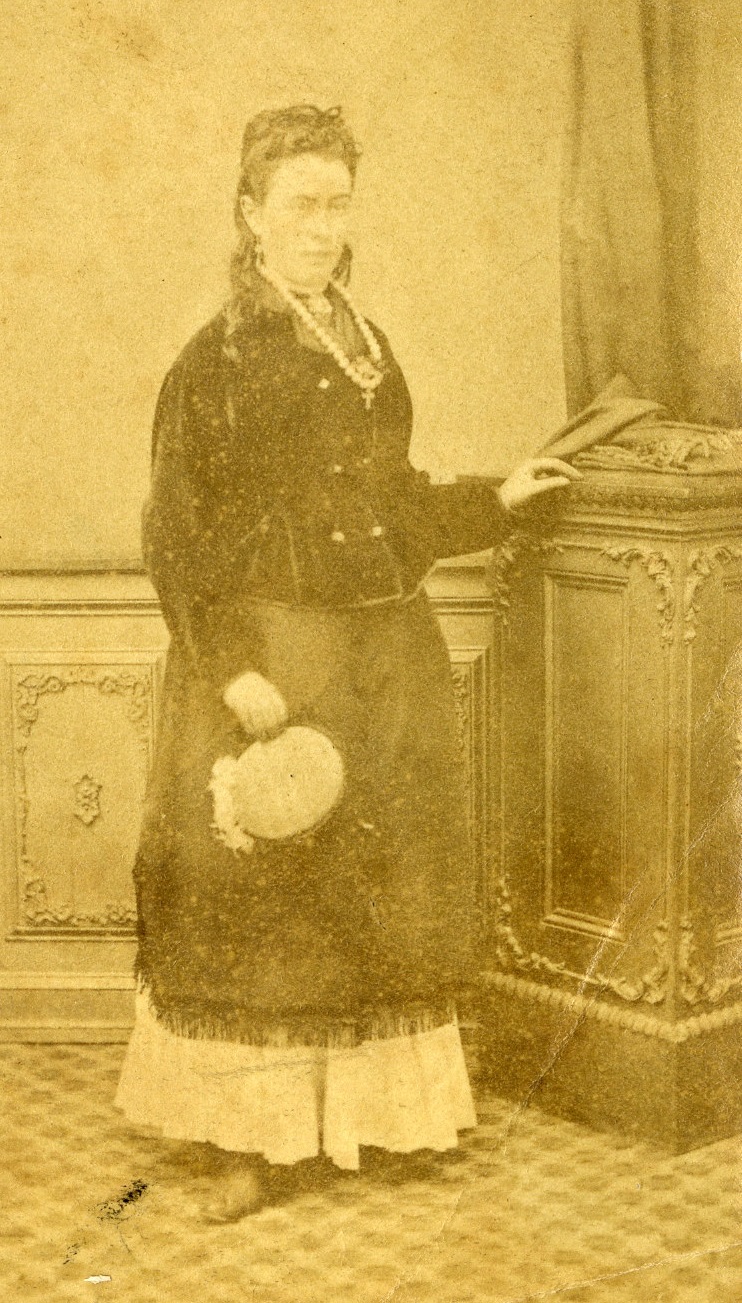 Annie Mangan,
bapt 17th Feb 1848.
Grew up Gourbane, Shanagolden, W Co.Limerick.
She would be "Ann Mangan" who sp bapt of her niece Catherine Mangan in 1872.

They had one child who died young.
They lived Greenhills, Crecora, E Co.Limerick. This is across the county in E Co.Limerick.
Patrick's obituary says he was a nationalist. He was a supporter of Parnell.
[P102/44(14)] is a letter of 17 May 1891, in which Annie's brother-in-law Richard Rahilly, JP says: "Patt of course with his accustomed aberration of intellect is a rabid Parnellite". He says Fitzgerald was going to make the long trip from Greenhills to Shanagolden for a Parnellite meeting that day.
In 1892, Annie's brother John Mangan married a woman from the Greenhills / Crecora area of Co.Limerick.
"Patrick Fitzgerald of Green Hills, Kilpeacon, County Limerick, Gentleman Farmer" was party to the will of Michael Fitzgerald of "Loughill House" who died 26 June 1895. Probate of Michael's will granted 20 December 1895. See screenshot and page.
Patrick was at funeral of Richard Rahilly 1896.
P. Fitzgerald of Greenhills was at Michael Spain's funeral 1900.

Annie dies, 1925:
She was living 22 Hartstonge St, Limerick, at death.
She is described on grave as of Greenhills, Kilpeacon, Co.Limerick.
She died 22 Hartstonge St, Limerick, 10 May 1925, age 77 yrs.
Funeral Tue 12 May, bur in Fitzgerald grave in Mount St. Lawrence cemetery, Limerick. See burial record.
See death notice in Irish Independent, Wednesday, May 13, 1925.
She is NOT Anne Fitzgerald who died Kilmallock, 2nd qr 1925 [GROI].
Her niece Nell was sole executor of her estate, admin 22 June 1925, (todo) see [NAI].
She left Greenhills, Crecora, to Denis Mangan of Gourbane.
Patrick and Annie had issue: 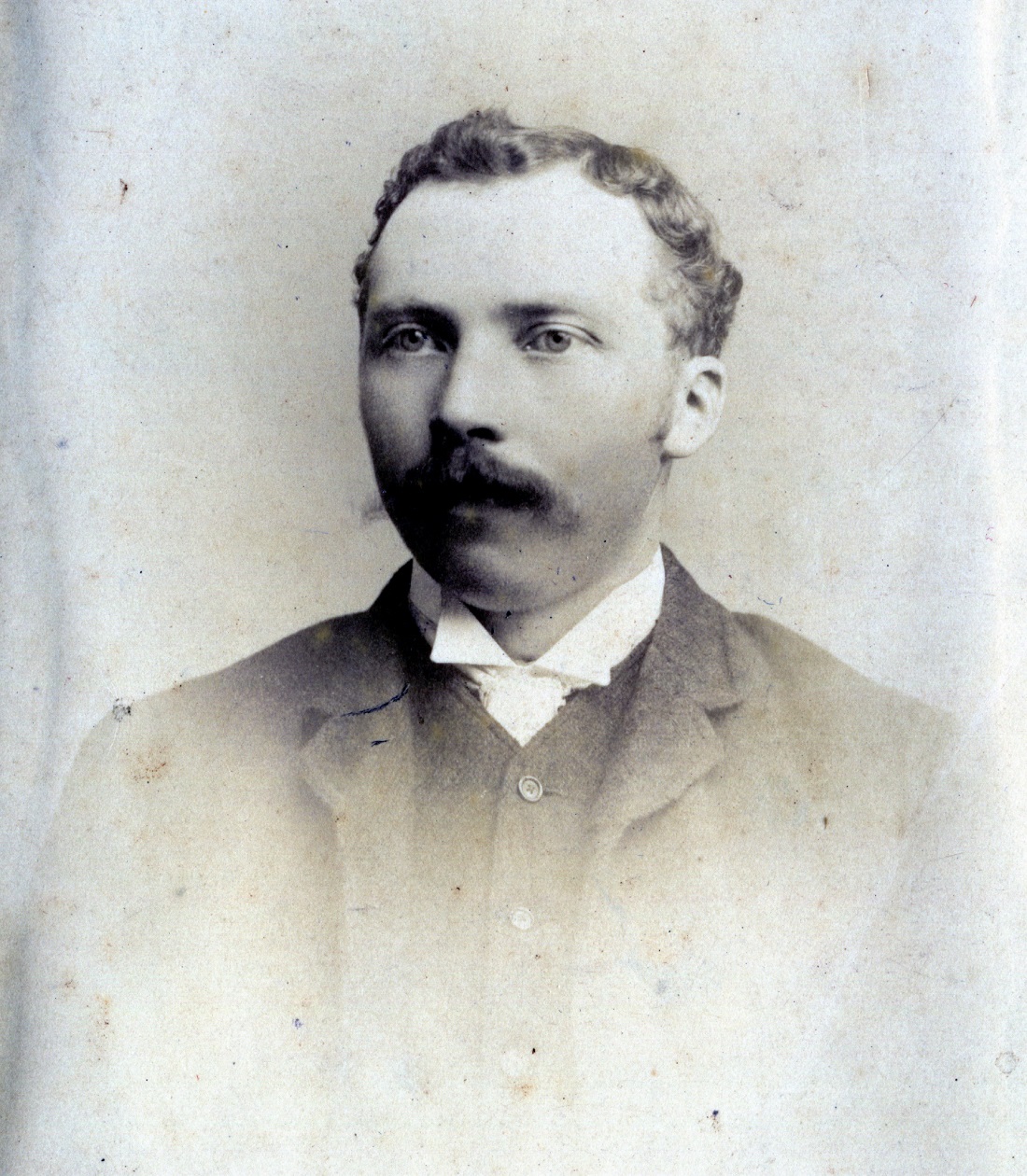 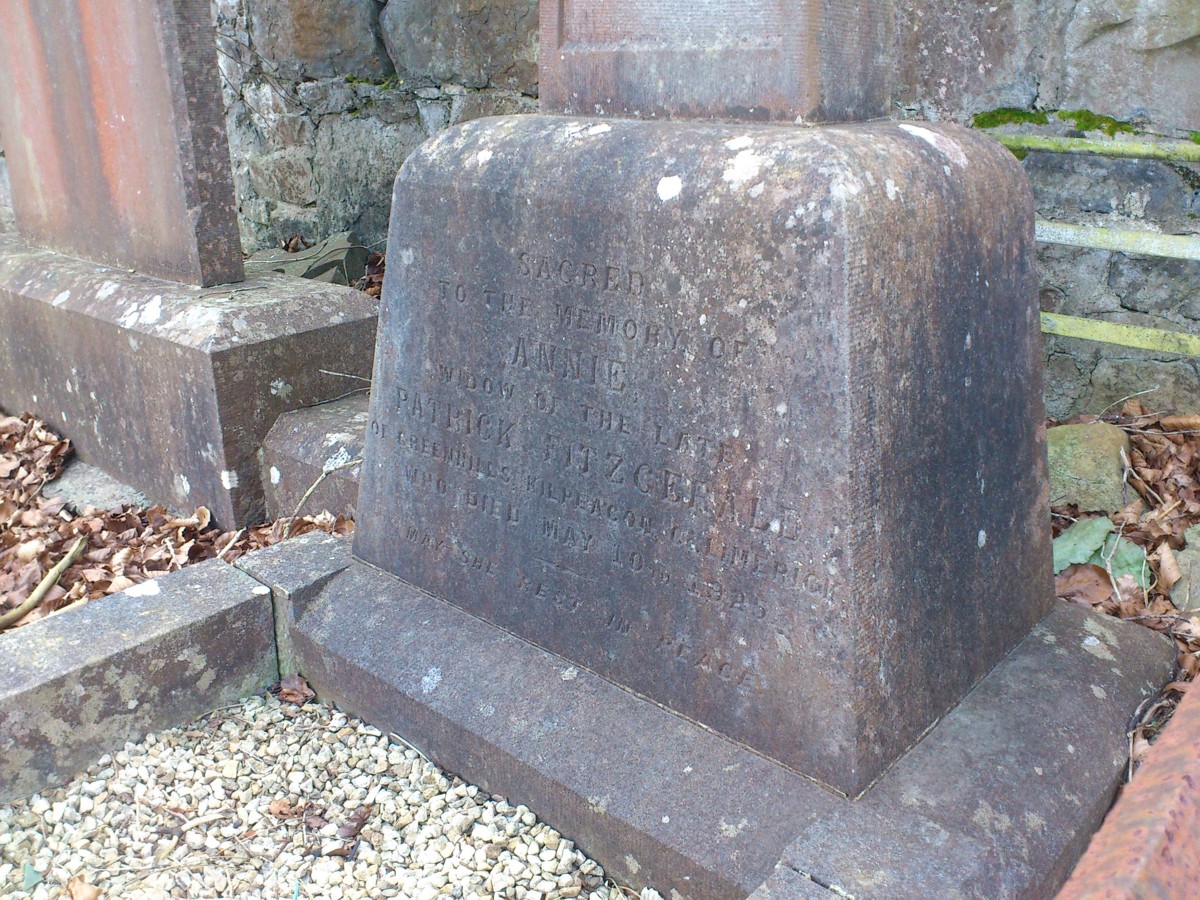