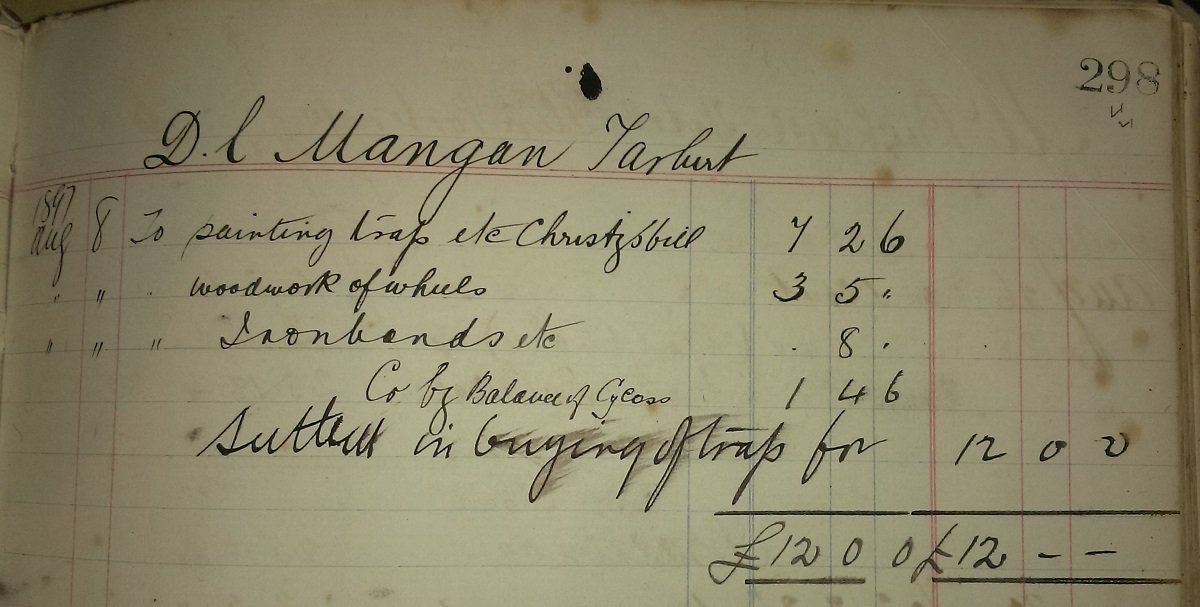 D.C. Mangan, Tarbert, in 1897 in the ledger books of Tim O'Connor of Tarbert Island.
See larger and full size.

Daniel Nolan Mangan,
bapt 13 Nov 1828, near Shanagolden, Co.Limerick.
Lived Tarbert, Co.Kerry.
He mar Mary Malone.
Living Tarbert at all children's births.
He is described as "accountant" and "merchant's agent" at children's births.
Listed as "merchantile clerk" at death.
He died 6 May 1887, Tarbert, age 58 yrs [grave], [GROI].
He was bur with his father at Kilbradran graveyard, near Shanagolden, Co.Limerick.
Mary left with a large family.
She must be Mary Mangan, widow, who is listed

From Rev. Daniel Mangan's letter to Anno after the death of her brother The O'Rahilly in the 1916 Rising.
"That rising was indeed a foolish and a hopeless affair, but no doubt those who took part in it did so with the best intentions."
His brother Fr. Con was far more enthusiastic and nationalist.