Dunmoylan (the two areas above and below the red cross) on 1829 to 1842 map.
Shanagolden town visible to the NW. 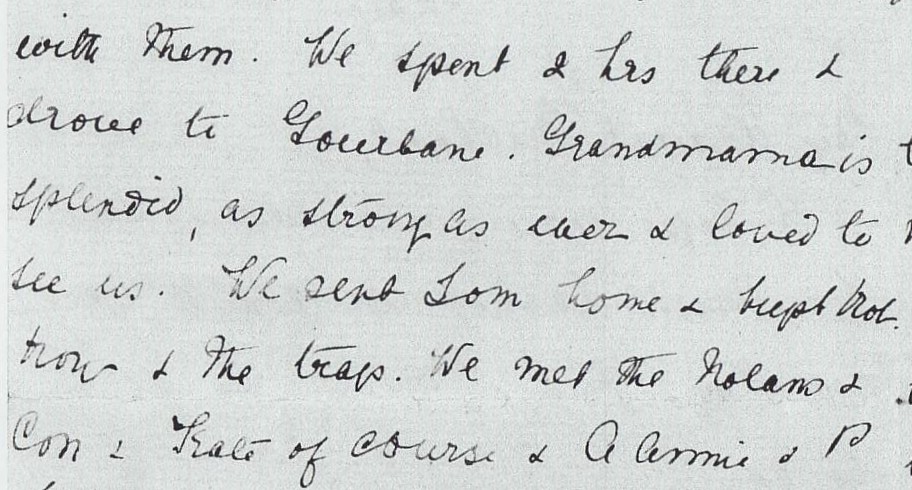 Extract of letter of 1891.
Anno visits Gourbane and meets her grandmother Ellen Nolan and the other Nolans.
"Grandmama is splendid, as strong as ever and loved to see us". 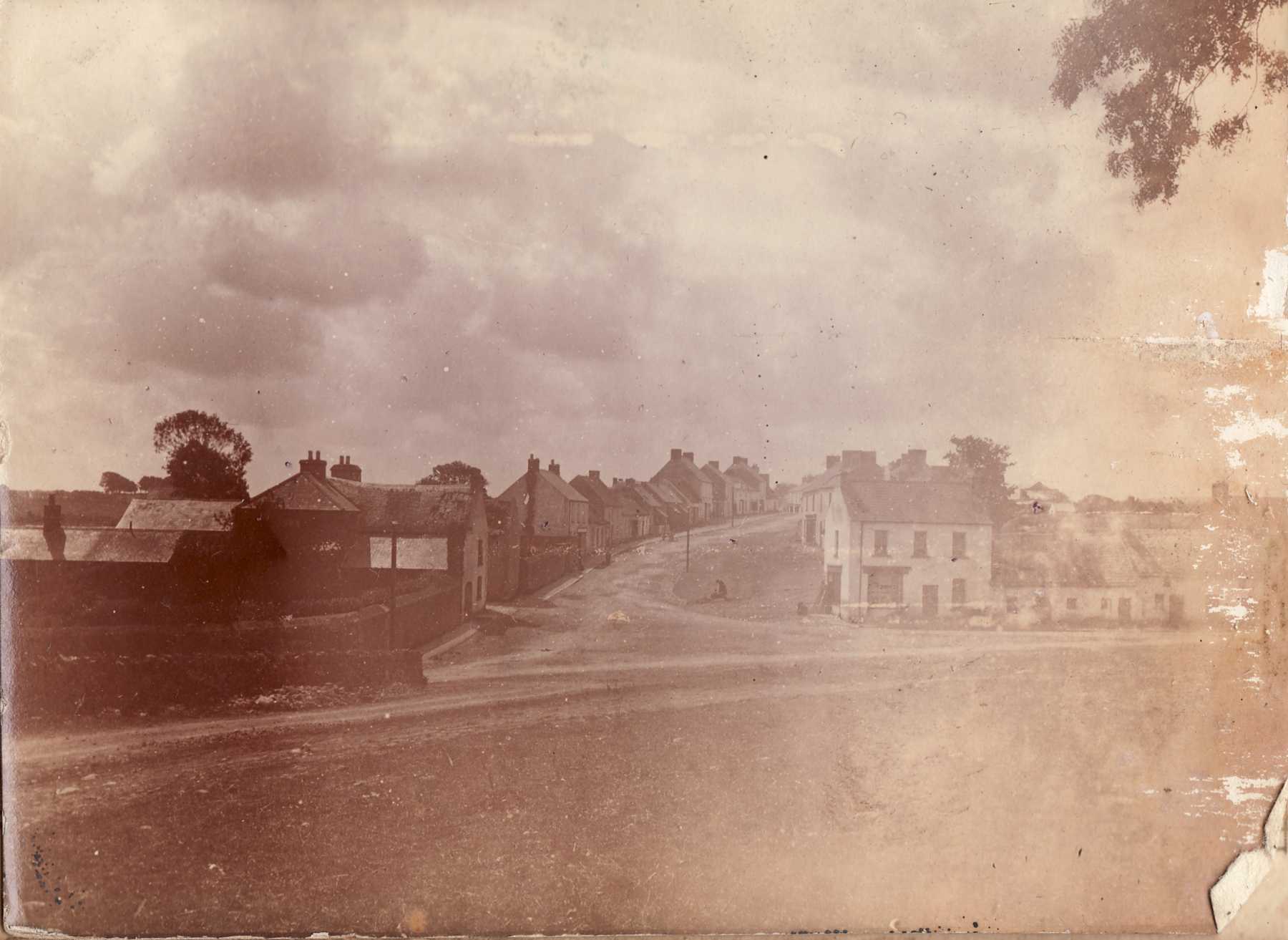