The Mangan house at Gourbane did not exist in 1841 (according to OSI map).
Denis Mangan married 1828 to Ellen Nolan (descendant of Donovan).
They moved to Gourbane between 1845 and 1848.
Their daughter Ellen Mangan (bapt 1835) lived here from then until she married in 1868.
Denis Mangan died here 1882. 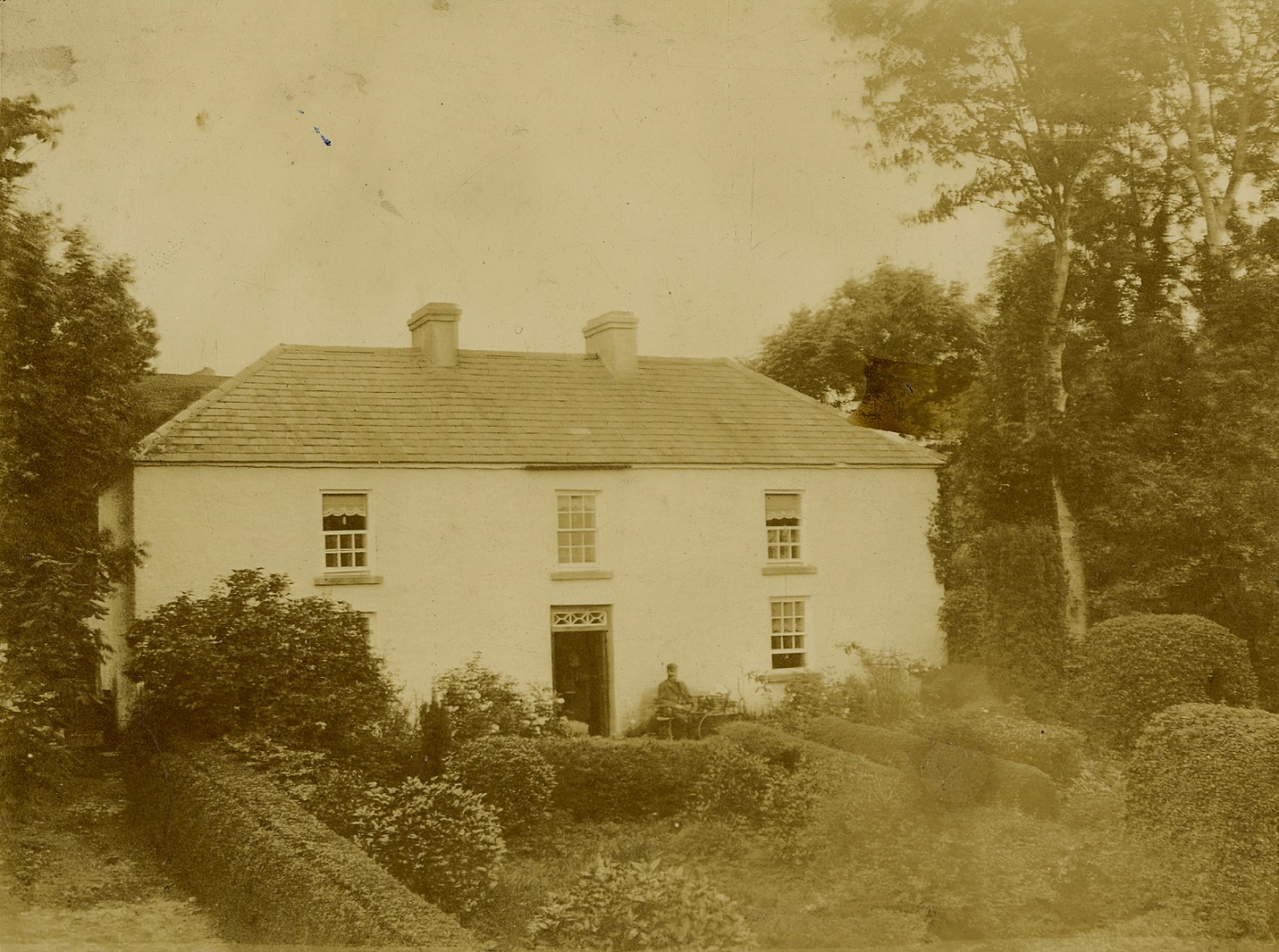 Gourbane, maybe c.1900.
Note the front garden. Sighle remembered Gourbane as having "lovely flowers" and a box hedge.
Sara Mangan and Tim Donovan and Agnes Nolan confirm this is Gourbane.
Note the tree on RHS matches the tree at Gourbane later (below). The chimneys are the same in detail. The avenue is in the same place. The remains of the garden are seen below. The door is different.
Sara Mangan says there was a gate on the LHS, between the bush and the house.
This is a print in [P106/510(4)].
See larger and full size. 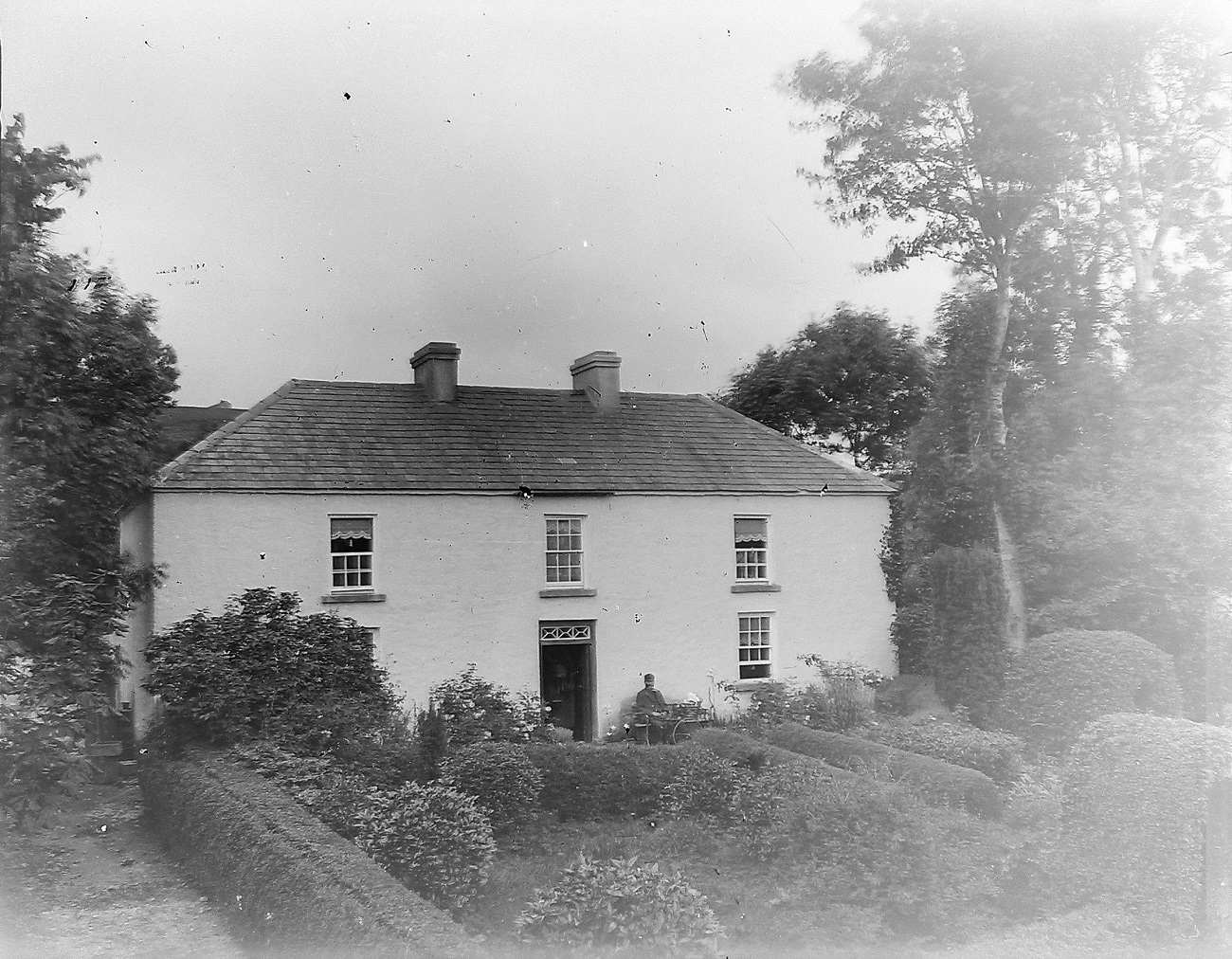 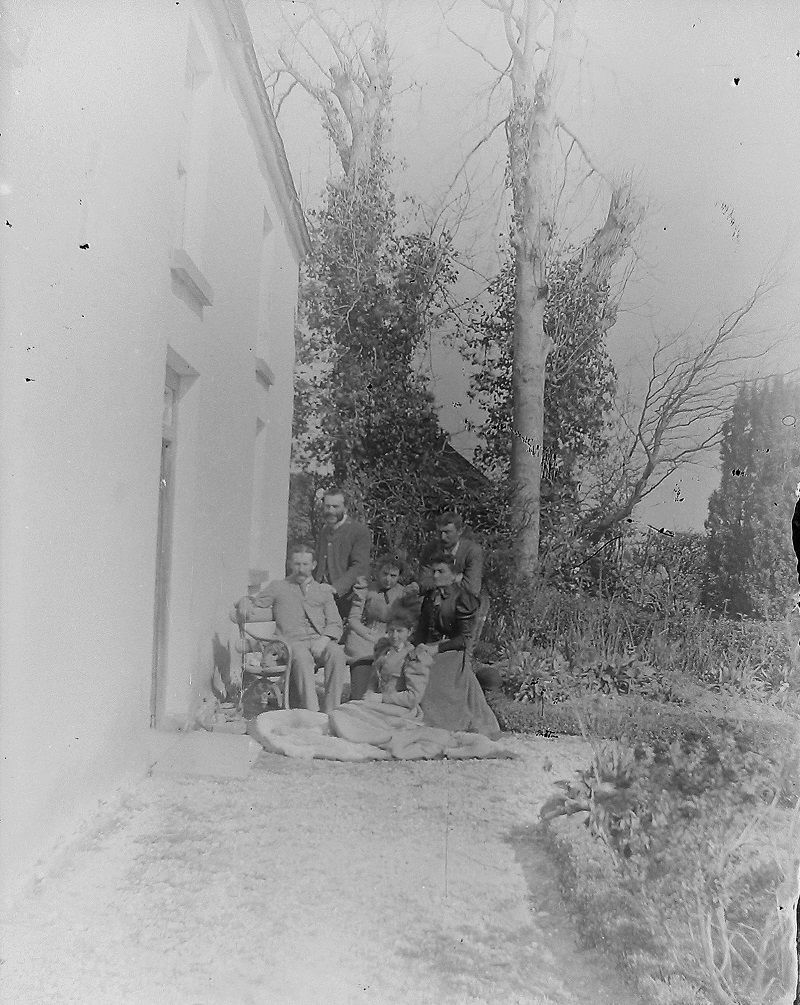 The front of Gourbane.
Sara Mangan confirm this is Gourbane.
Note the fanlight over the door is the same.
Looks like John Mangan standing back LHS and his wife to RHS.
John and his wife married 1892. John's mother died 1893. John's child born 1894. Photo probably 1893-94.
See larger and full size.
Image 6256 in Humphrys glass negatives. Flipped L-R. Light-adjusted. See original. 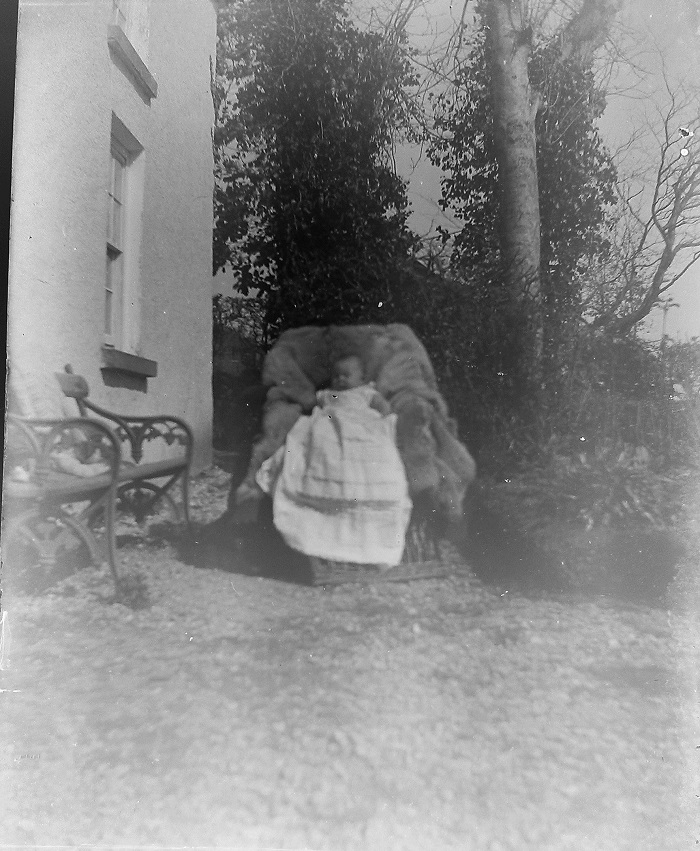 Another photo at the same spot.
Sara Mangan confirm this is Gourbane.
The baby (since there is only one) is probably Denis Mangan (born 1894). Photo probably 1894.
See larger and full size. Image 6410 in Humphrys glass negatives. Light-adjusted. See original. 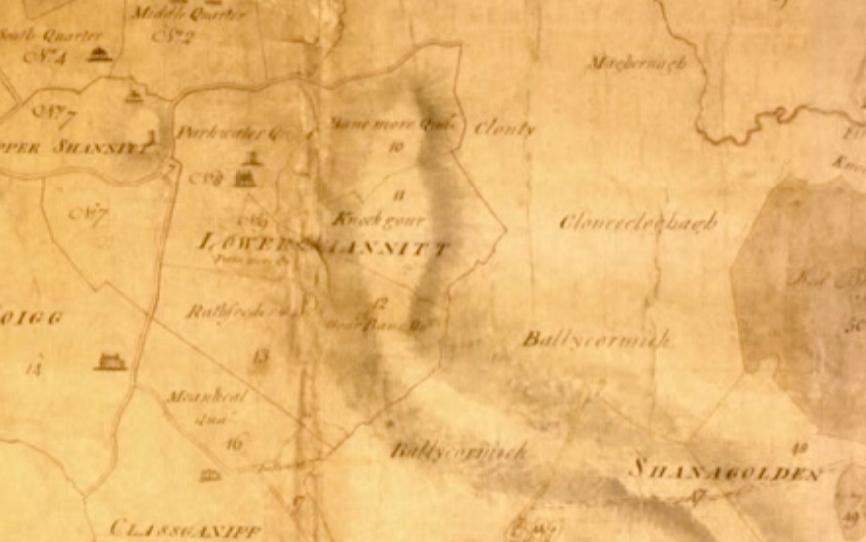 "Gourbane Quarter" (12) in "Lower Shannitt" (Lower Shanid) on [Map of Mount Trenchard estate, 1770].
Gourbane is held in 1770 by "Thomas Donovan", "arable & good dairy pasture".
N is to the right (note location of Shanagolden).

Denis Mangan is listed as holding plot 3 in [Griffiths Valuation, 1852].
The text shows that the house is in fact built (the map is slightly out of date). The house location is around the "a".
See wider shot.