Michael O'Mara.
"M.J. O'M" on back, but someone has written "Cousin Michael" (i.e. not his brother Martin J. O'Mara).
See full size. 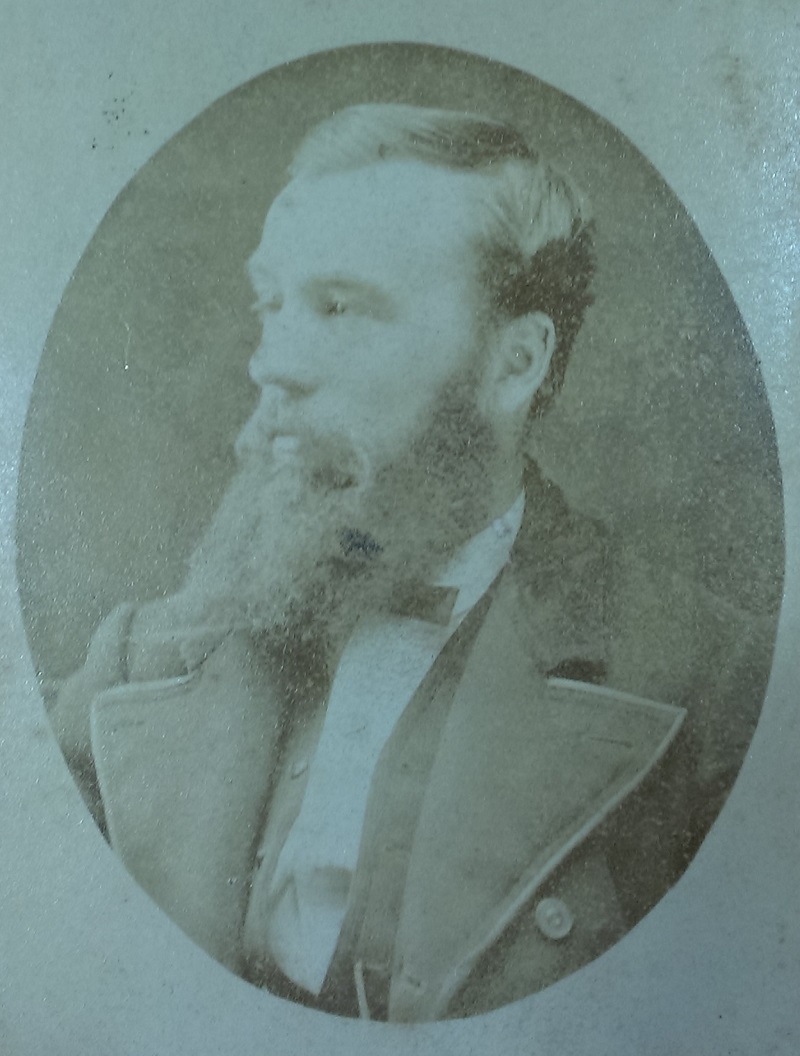 Looks like the same person above (Michael O'Mara).
See larger and full size. See other copy.
From [P40/909]. Used with permission of [UL Archives].

Grave of Michael O'Mara.
This is other side of his father Andrew O'Mara's gravestone.
St Peter's RC Cemetery, London, Ontario.
Photo by Corinna Rumble, 2013-2016.
From here in CanadaGenWeb's Cemetery Project.