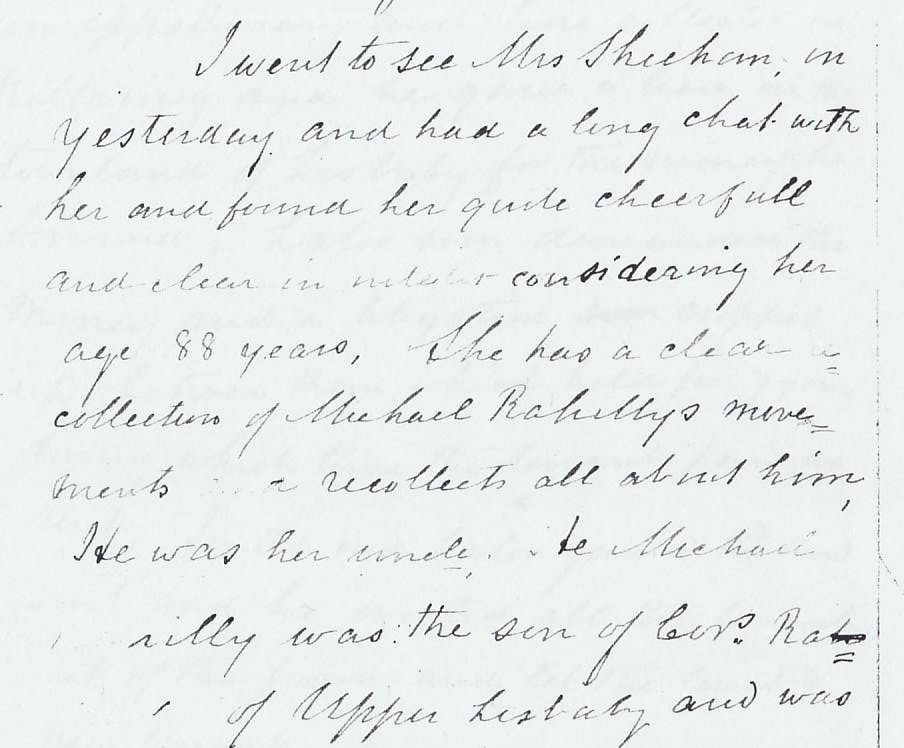 Extract from Michael Warren's letter of 1906 [P102/207(4)].
He meets Julia Sheehan and she recalls her uncle Michael Rahilly, son of Conn.

She must be Julia Sheehan who is listed at Maulykeavane in 1901 census, widow, age 77 (born 1824), with an unmarried dau Bridget, age 40 (born 1861).
The census lists Julia as illiterate ("cannot read"), while Bridget is listed as "read" only (not write). This would be surprising if this is her, given the family tree information she had (see below), but it could be an entirely oral tradition. Also note she did not write to The O'Rahilly herself. Rather Michael Warren interviewed her and wrote to The O'Rahilly.

The other Julia Sheehan at Maulykeavane

Confusingly, there is another Mrs. Julia Sheehan of similar age at Maulykeavane: