Papers of The O'Rahilly.

Papers of my great-granduncle The O'Rahilly.
This contains most or all of The O'Rahilly's genealogical research.
Includes some papers of his son Aodogán O'Rahilly.
Deposited by Aodogán in UCD 1991.
Indexed by Karl Magee, 1993. 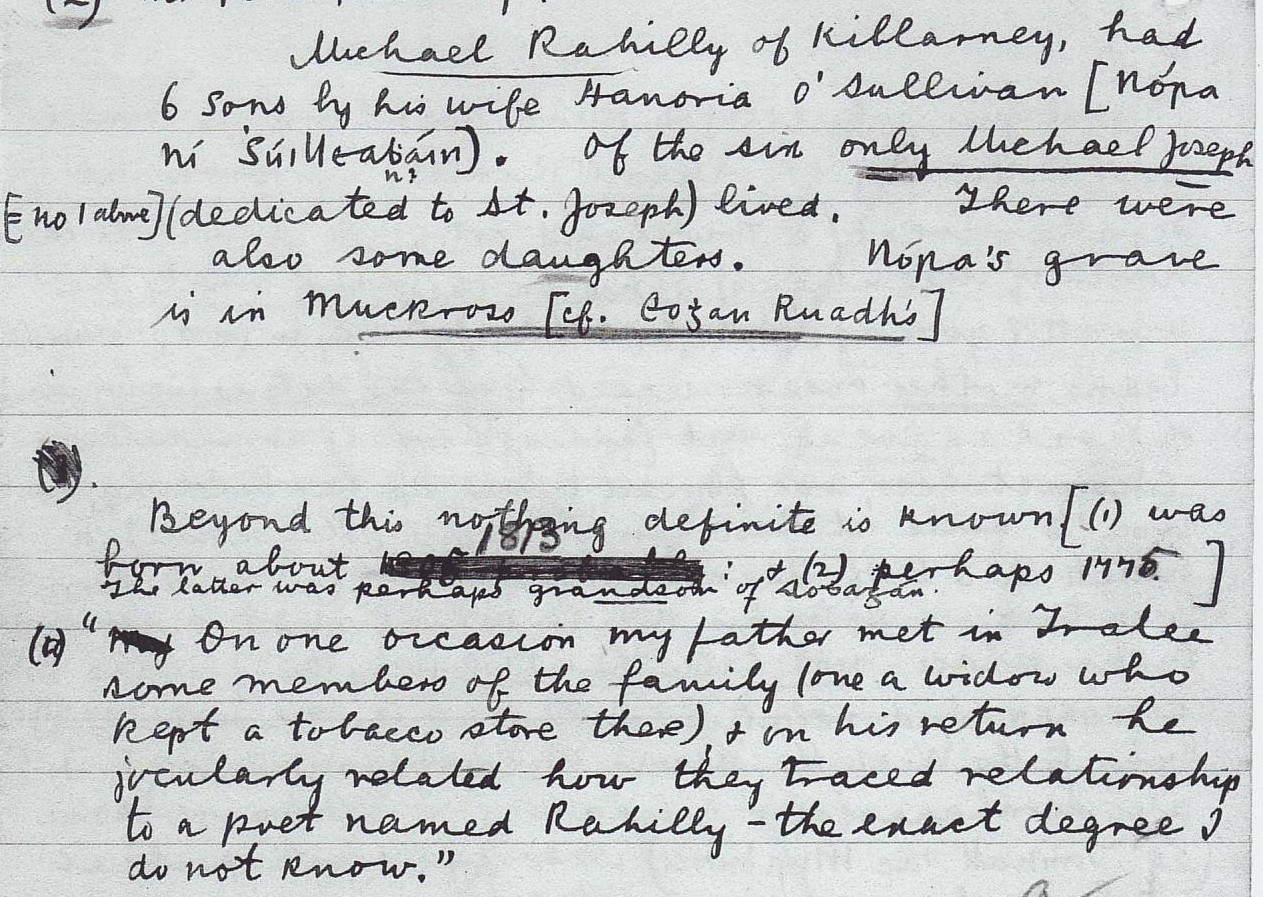