Capt. Thomas Wren.
[Alison Tate] says he was of Golmoylestown, Co.Meath.
Some Wren researchers say he was of Hinton, Cambridgeshire (must be Cherry Hinton), and was 2nd cousin of the father of the architect and scientist Sir Christopher Wren, and settled in Ireland after the 1641 Rebellion.
But [Alison Tate] convincingly gives his parentage as Irish.
He mar pre-1655 to Mary Blennerhassett [descendant of Edward III].
They settled at the Blennerhassett property Littur (also spelt Littor and Letter), pronounced "Litter", Aghavallen par, on the coast a few miles W of Ballylongford, Co.Kerry.
See baptism of their son in a record apparently of 1655 transcribed in [Hickson's annotated par records].
He died 1662.
They had issue:

Charles Wren.
He mar Ellen Blennerhassett [descendant of Edward III].
They had issue:

[Jimmy Kelly] says Thomas Wren below is the son of John Wren above.
[LR] records should be able to prove it. Thomas Wren,
born 1824, Protestant,
of Littur.
Apparently of Littur House. His son John's obituary says he [John] was born "at his ancestral home at Littor House, County Kerry, Ireland, on June 24, 1855".
Thomas mar Mary Enright [NOT "Enight"].
Children Catholic. She must have been Catholic.
His name and his wife's name are correct. See RC marriage of his dau Johanna Wren, and also both RC marriages of his son Edward Wren.
He is listed as farmer, living, at son's 1st mar 1871.
Listed as farmer, deceased, at son's 2nd mar 1898.
Thomas and Mary had issue: 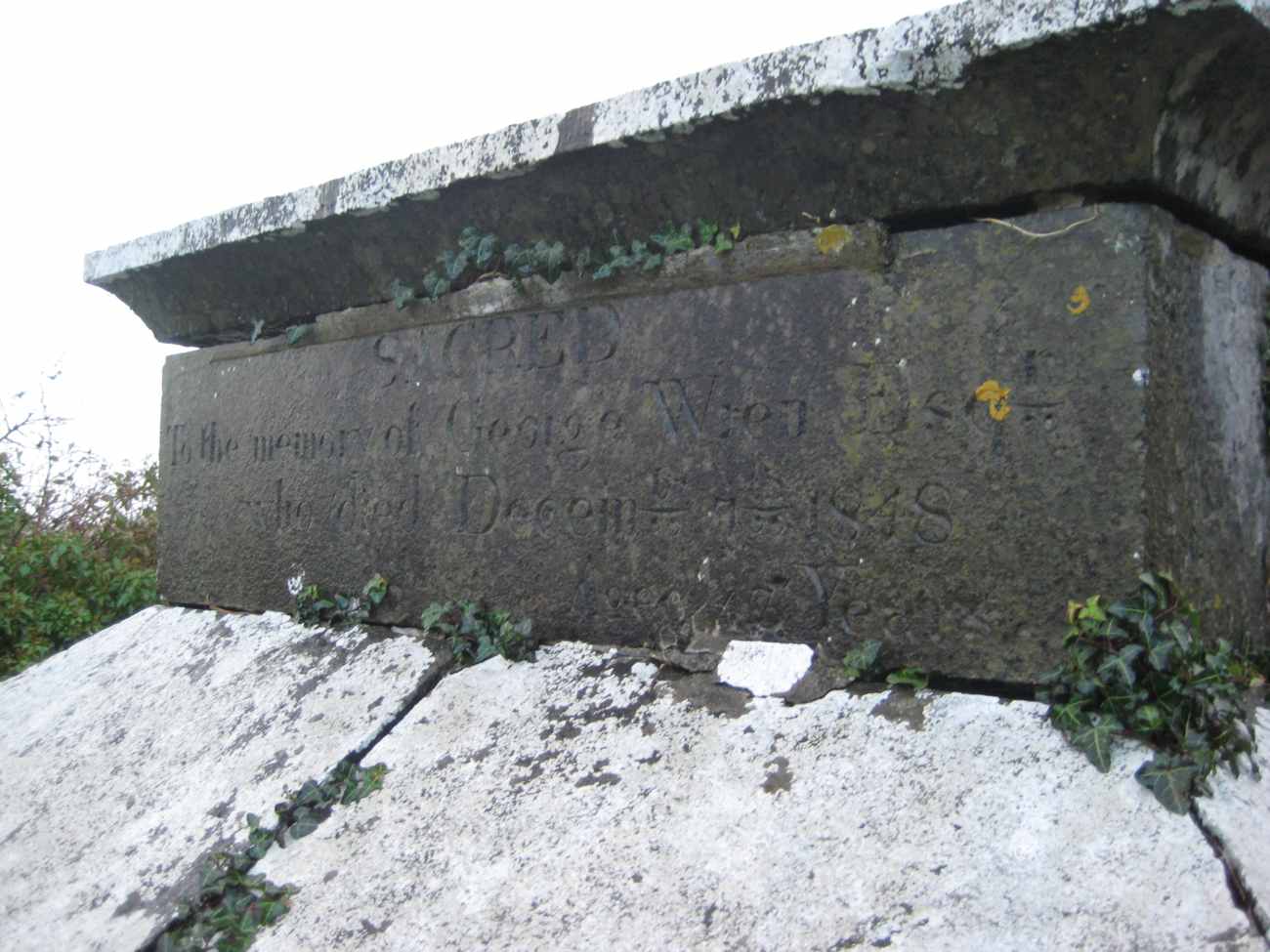