Sir Christopher by this marriage inherited Killeen Castle and Dunsany Castle.
He became Lord of Killeen.
He died 1445.
He and Joan had issue:

Sir Christopher Plunkett is also probably father (or grandfather) of: 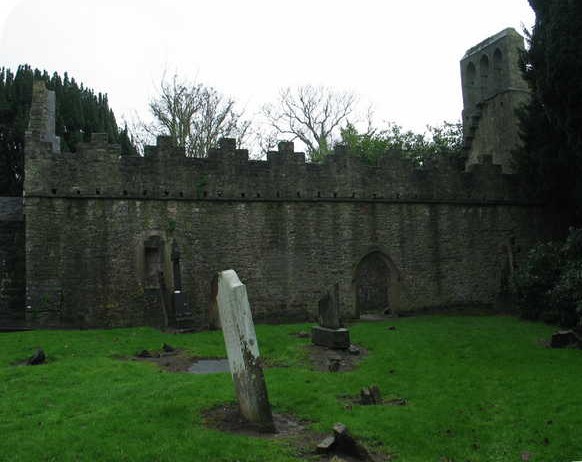 Malahide Abbey.
Photo from pictures-of-castles.co.uk by Marijn Kampf. See terms of use.
See other shot.