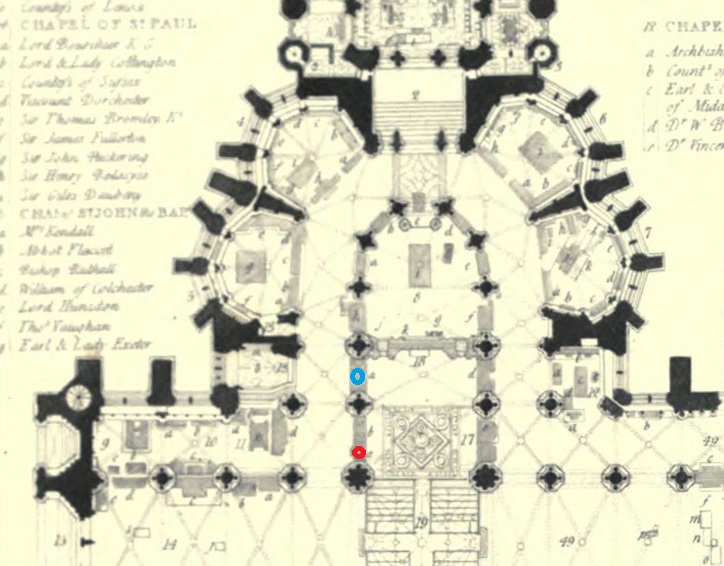 Map of part of Westminster Abbey.
From [Brayley, 1818-23].
Tomb of Edmund Crouchback, at the Sacrarium and High Altar, is circled in blue.
Tomb of his 1st wife Aveline de Fortibus is circled in red.

Tomb of Edmund Crouchback, Westminster Abbey (from the back).
Photo 2013. See full size.
From Phoebe Seward. Used with permission. 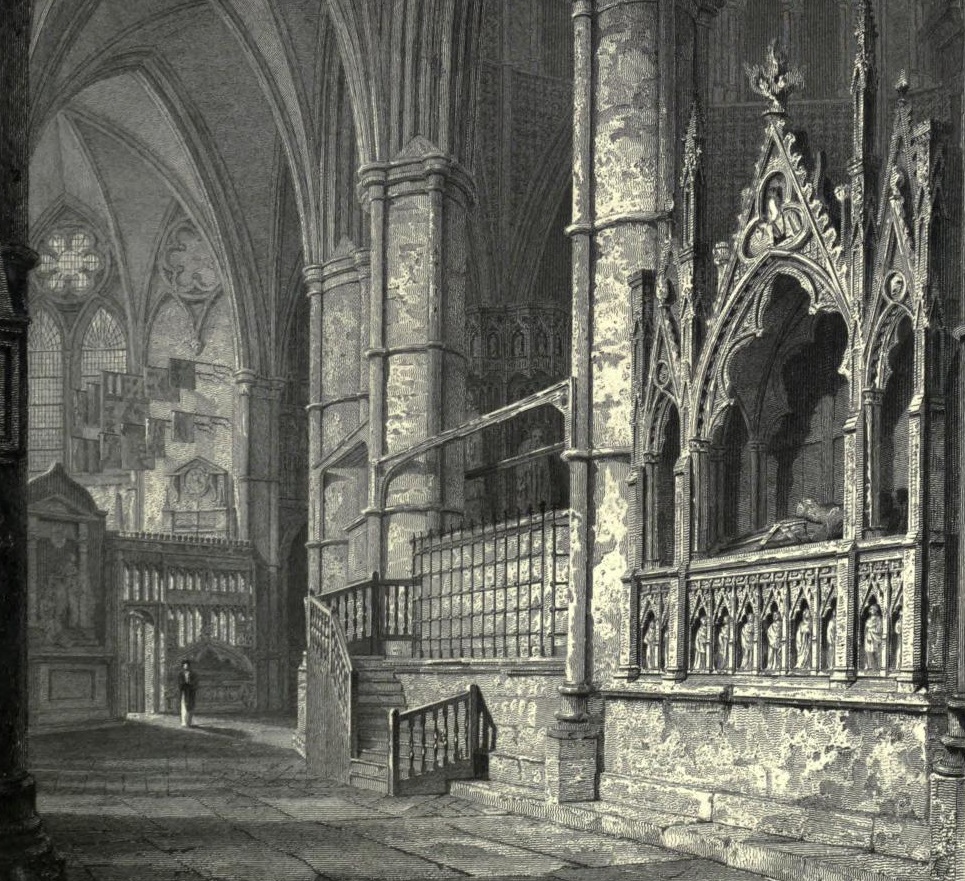 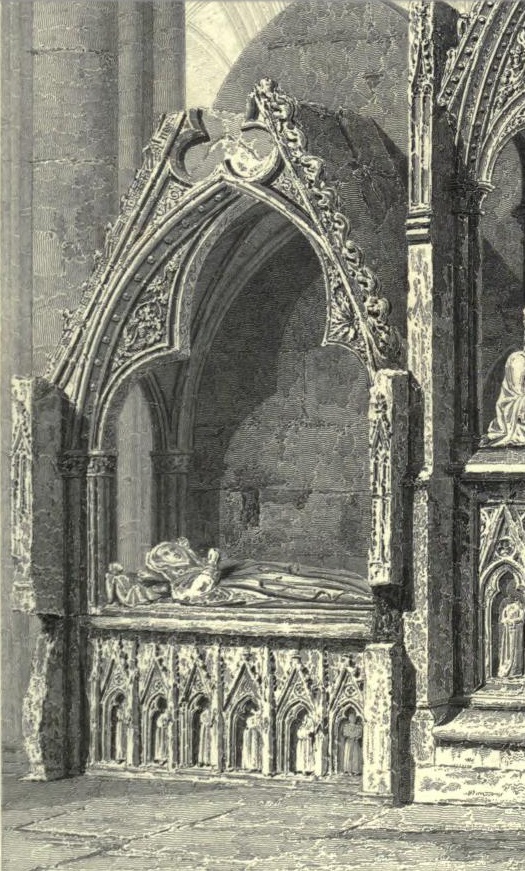