John of Gaunt.
Painting of c.1593 (200 years after his death). See details.
From here.
See full picture from here.

John of Gaunt,
Duke of Lancaster, born Mar 1340.
See wikipedia and genealogics.
He mar 1stly, 1359 to Blanche Plantagenet [descendant of Henry III and of Aoife Mac Murrough].
Through his wife he inherited Kenilworth Castle, Warwickshire (later held by Robert Dudley).
His seat in London was the magnificent Savoy Palace on The Strand, London. This was built by Peter II, Count of Savoy in 1263. It passed to the Dukes of Lancaster. John of Gaunt inherited it through his wife.

John of Gaunt mar 2ndly, 1371, to Constance of Castile and had issue.
Around 1371-1372 he began a long-term affair with Catherine Roet and had illegitimate issue. She would eventually become his 3rd wife.
He was the effective ruler of England in the reigns of late Edward III - early Richard II (1370s-80s).
He appears in the play Richard II by Shakespeare.
In the Peasants' Revolt in 1381, the rioters, angry with John of Gaunt, completely destroyed Savoy Palace.
He was a patron of John Wycliffe, the "Morning Star of the Reformation", who produced the first English translation of the Bible 1382.
His wife died 1394.
He mar 3rdly, 1396, to his long-time mistress Catherine Roet [born 1350], by whom he had already had illegitimate issue.
His children by Catherine Roet were legitimated by statute 1397 "for all purposes save succession to the crown". 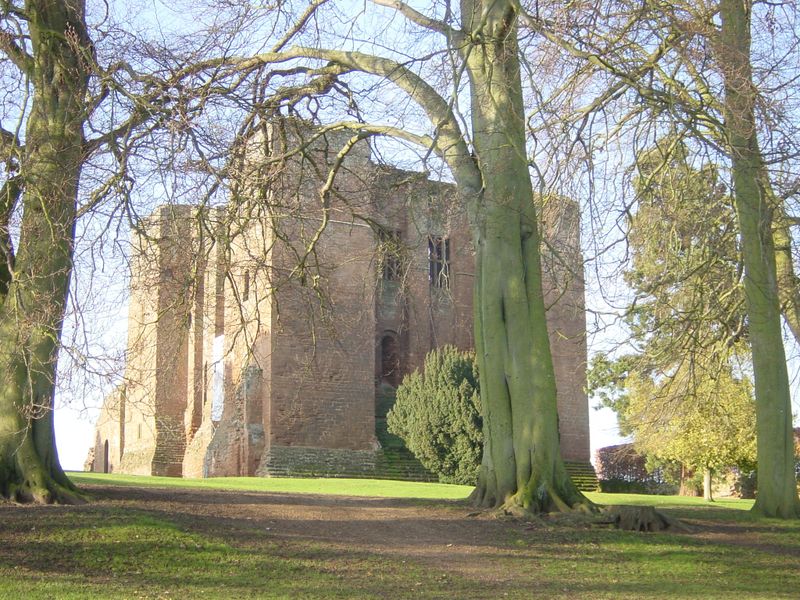 The Strand, London, on Norden's map of Westminster, 1593.
Savoy Palace was destroyed in 1381 and the site became the Savoy Hospital, as seen on this map.
Note "The Savoy" on the river.
See full size.
From London Maps and Panoramas.

Tomb of John of Gaunt (died 1399) and his 1st wife Blanche Plantagenet (died 1368).
In the old St.Paul's Cathedral, London.
The cathedral and the tomb were totally destroyed in the Great Fire of London 1666.

The lost tomb of John of Gaunt and his wife Blanche, old St.Paul's Cathedral, London.
From pp.90-91 (in Latin) of The history of St. Paul's Cathedral in London by William Dugdale, 1658.
See full size. From Wikipedia.
Originally from Wenceslaus Hollar Digital Collection at University of Toronto. See page and image.

Close-up of above.
See full size.
See other scan from archive.org above.

List of the tombs lost in the fire of 1666.
This is a modern monument in the new St.Paul's Cathedral.
Above is the section listing the 14th century tombs of John of Gaunt and his wife Blanche.
See full size. From here.