Sir Robert Ryeves,
or Ryves,
mar Dorothy Tuchet [possibly a descendant of Edward III but not proved],
had issue:

Col. James Ryeves,
of Carrignafeela Castle near Tralee, Co.Kerry (formerly a Denny seat).
He came to Carrignafeela after 1627.
There was a 1638 letters patent listing every freeholder and householder on the Denny estate of Co.Kerry, including James Ryeves. This is referred to in [Hickson, 14 Apr 1897] and was possibly burnt in 1922.
He mar Alice Spring.
They had issue:

Extract from "Old Kerry Records" by Hickson, re-published on 2 May 1908.
Refers to a 1700 document showing William Ryeves at Carrignafeela. 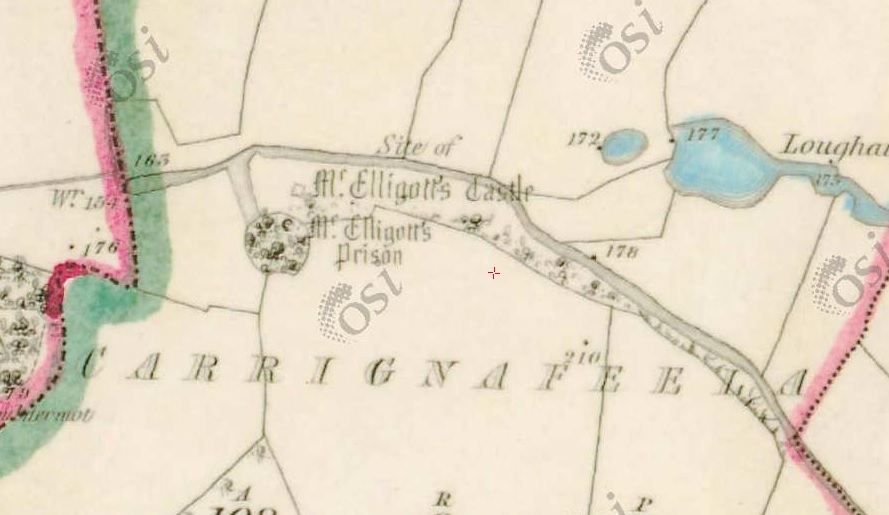