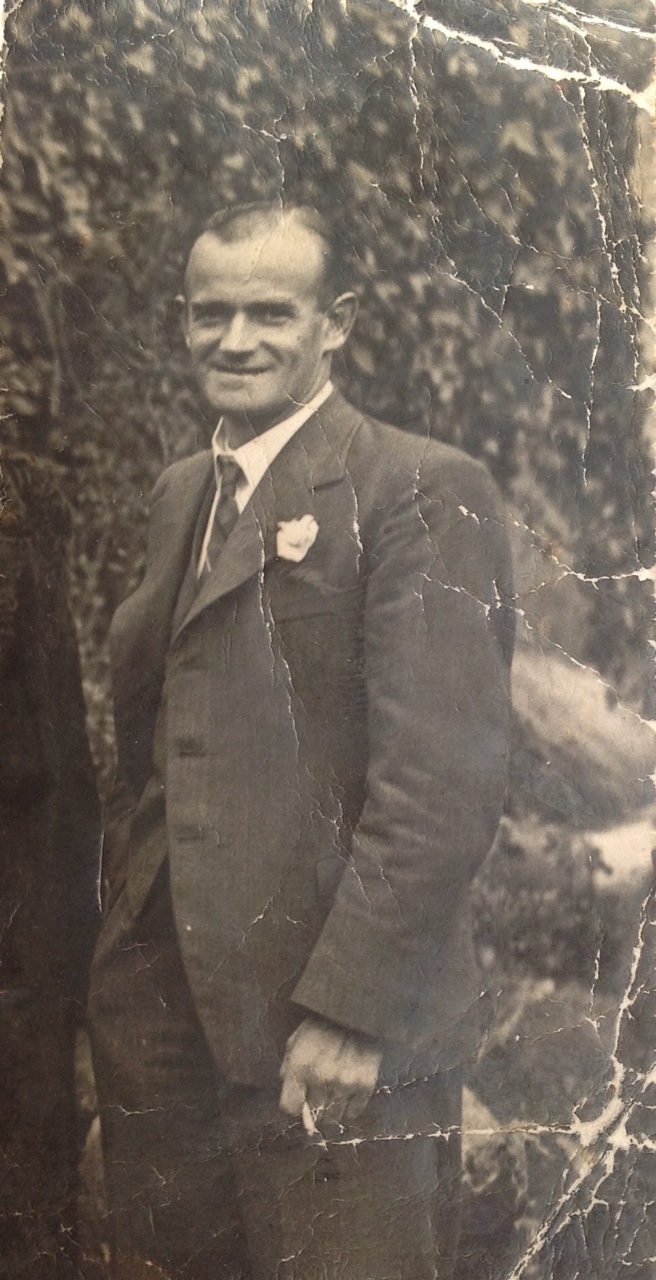 in [Census, 1911] as living Spital-lands townland, St.Nicholas' par, Cork city (see old map). This is now the SC suburbs, the area around St.Joseph's cemetery (see modern map). In census, Jack is listed as "Assistant Dues Collector, Harbour Board". They have 1 servant living with them.
They are shown in 1913 postcard at Strand Cottage, Clash, Little Island, Co.Cork. (This would be Clash Road on Little Island just outside Cork. See map.)
See documents about a gift of stock to her from her brother-in-law James O'Mara in Mar 1916: p.1 and p.2 and p.3.
They moved to 13 Myrtle Hill Terrace, Lower Glanmire Rd, Cork. 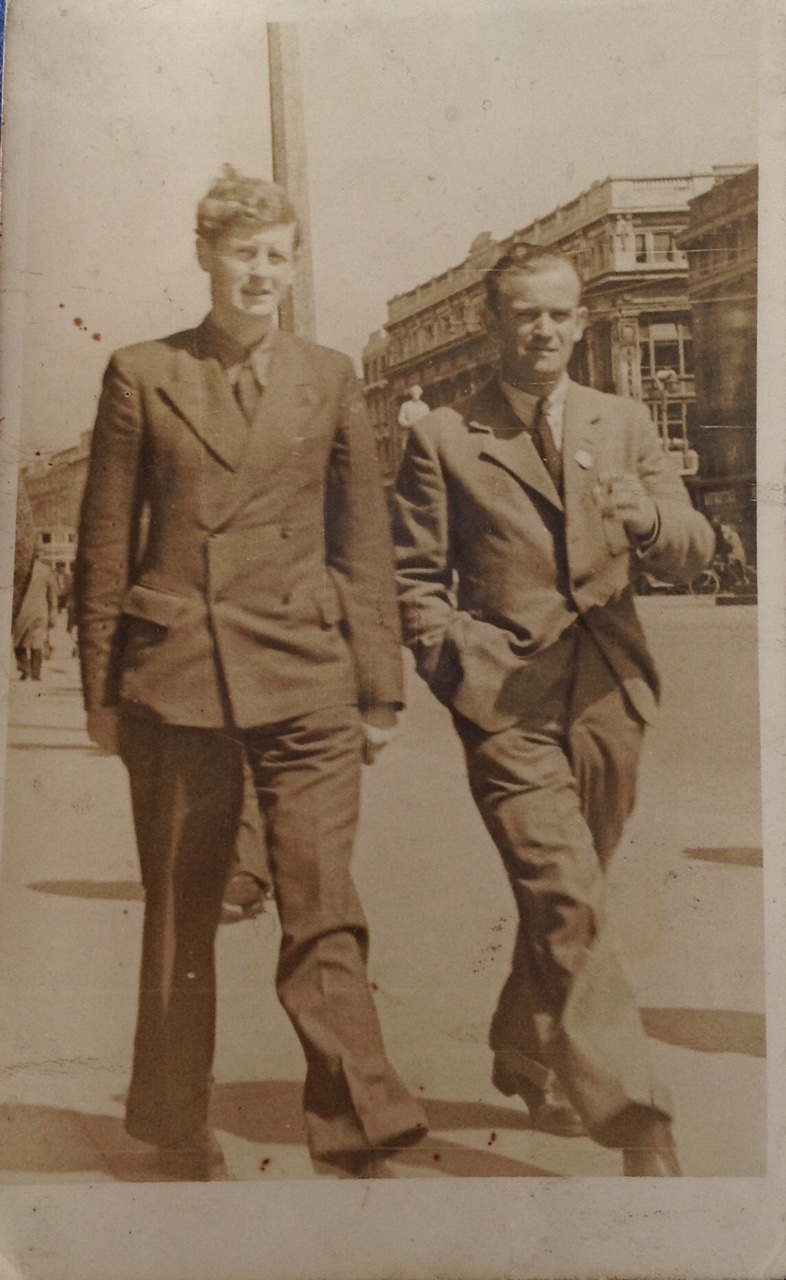 (Left to Right): Jack Riordan, his nieces Sheila and Eithne O'Mara, and a "Father Shanley".
Photo at Cashel. 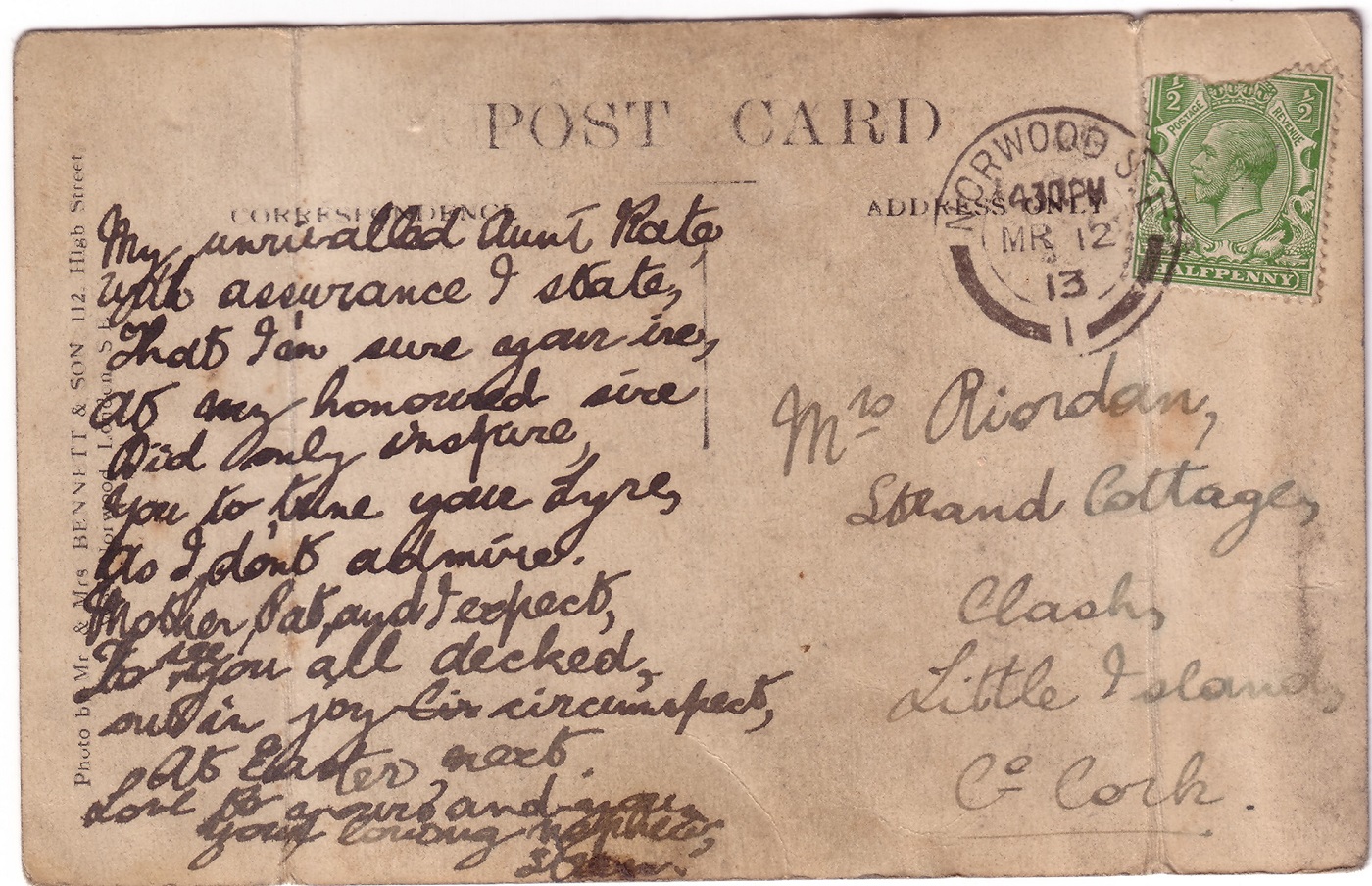 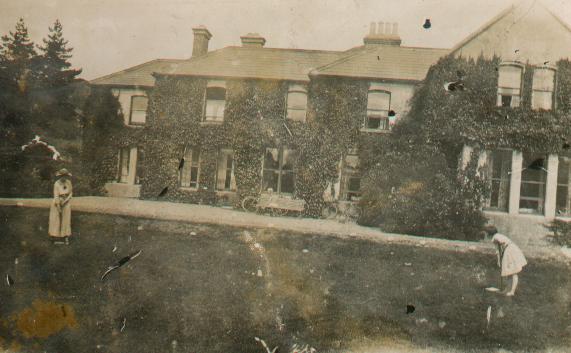 13 Myrtle Hill Terrace is the blue house in the centre here.
2011 screenshot from Google street view.