Cappercullen House, Cappercullen townland, Abington par (near Murroe), Co.Limerick.
This is near the Humphrys house at Glenstal.

Cappercullen Castle was built around the 15th century.
Land in Abington parish, including Cappercullen, was granted to Peter Walshe in 1553. See [Tierney, 1966].
[Civil Survey, 1654-55] lists "Coll Piers Welsh of Abbieowghnie" as the old owner of "Abbieowhnie" (Abington) and "Keapacnillin" (Cappercullen).

Barrington holds Cappercullen (but has seat at Glenstal Castle)

The Barrington family acquired Cappercullen and neighbouring townlands.
Matthew Barrington (future 2nd Baronet) wrote on 18 Dec 1817 to George F. Evans. Letter in [Glenstal Abbey papers]. (This must be George Freke Evans, of Bulgaden Hall, Co.Limerick, of the line that inherited the Barony after the 5th Baron Carbery. He died 1829.) Barrington says: "Sir, I propose to become tenant for the lands of Murroe, Capercullen, Cappananagh ... as formerly in the possession of Standish Grady esq. deceased and as now held by Tenants at Will". (The list of tenants does not include Humphrys.)
[Tierney, 1966, p.177] says that Matthew Barrington got lease of lands including Glenstal, Garranbane, Meentolla and Cappercullen in [Deed, 11 Dec 1818]. (Why is Glenstal there? Did the Carbery estate include some of Glenstal at this point?)
The Misses Preston lived at Cappercullen House until 1820 [Tierney, 1990].

Cappercullen House is vanished. Some walls and outbuildings remain.
The terraced garden remains.

The old Cappercullen Castle, in the parish of "Abbeyouthneybeg" (Abington) in the [Down Survey, 1658].
See wider. From here. 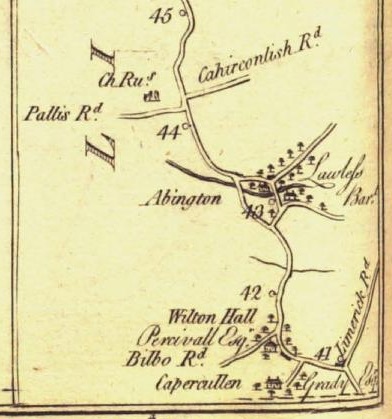 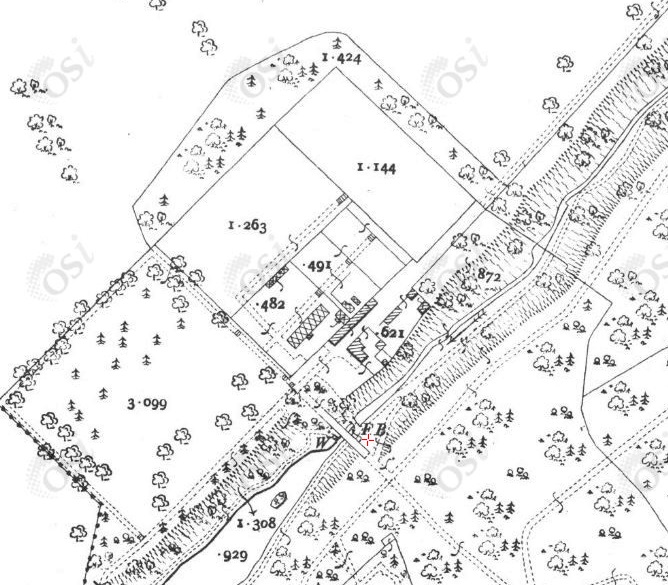 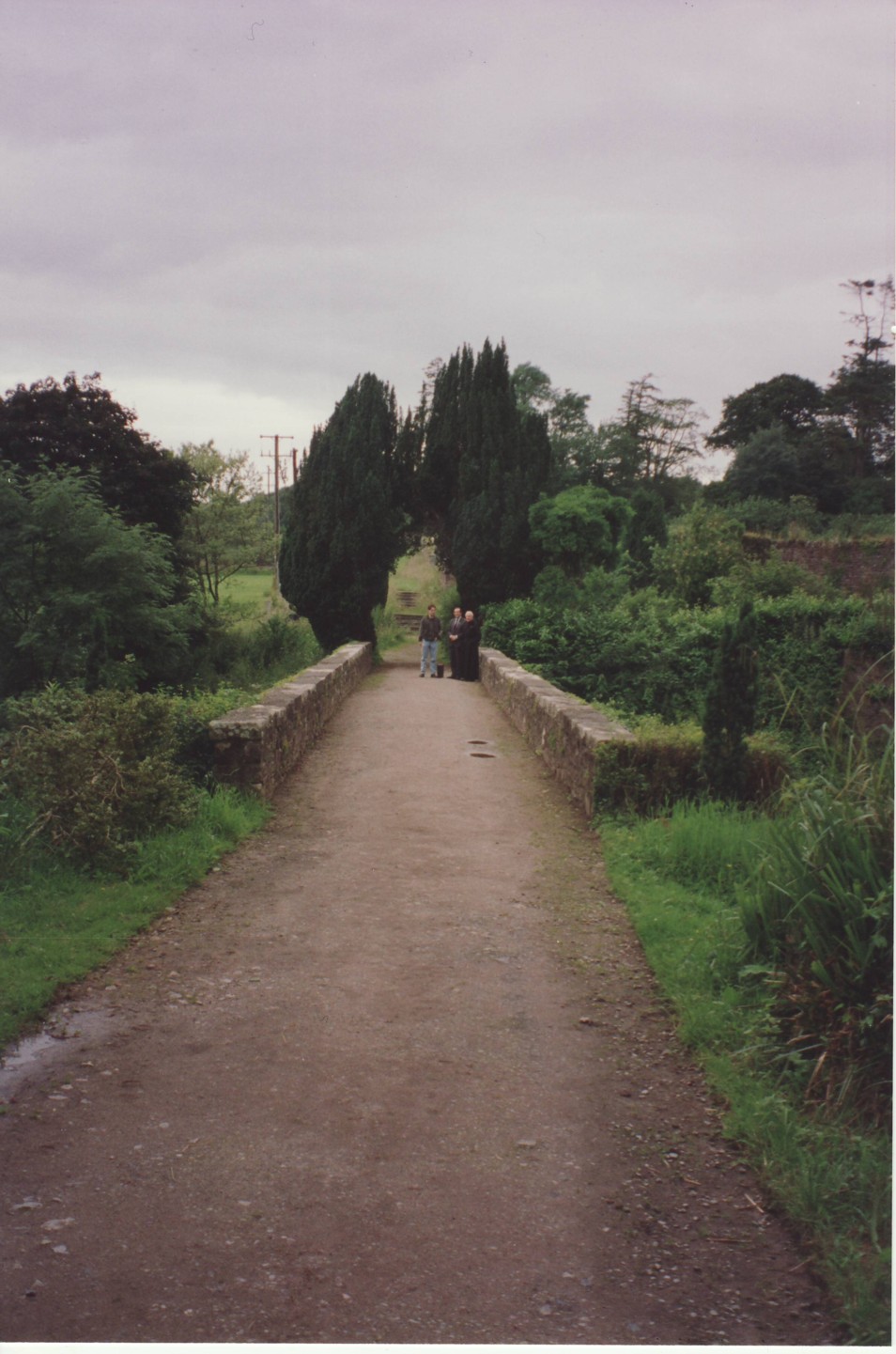 View of Cappercullen from the bridge, looking W.
Forward to the left is site of Cappercullen House, now tennis courts.
Screenshot from street view capture of 2014. (Click through to rotate.) 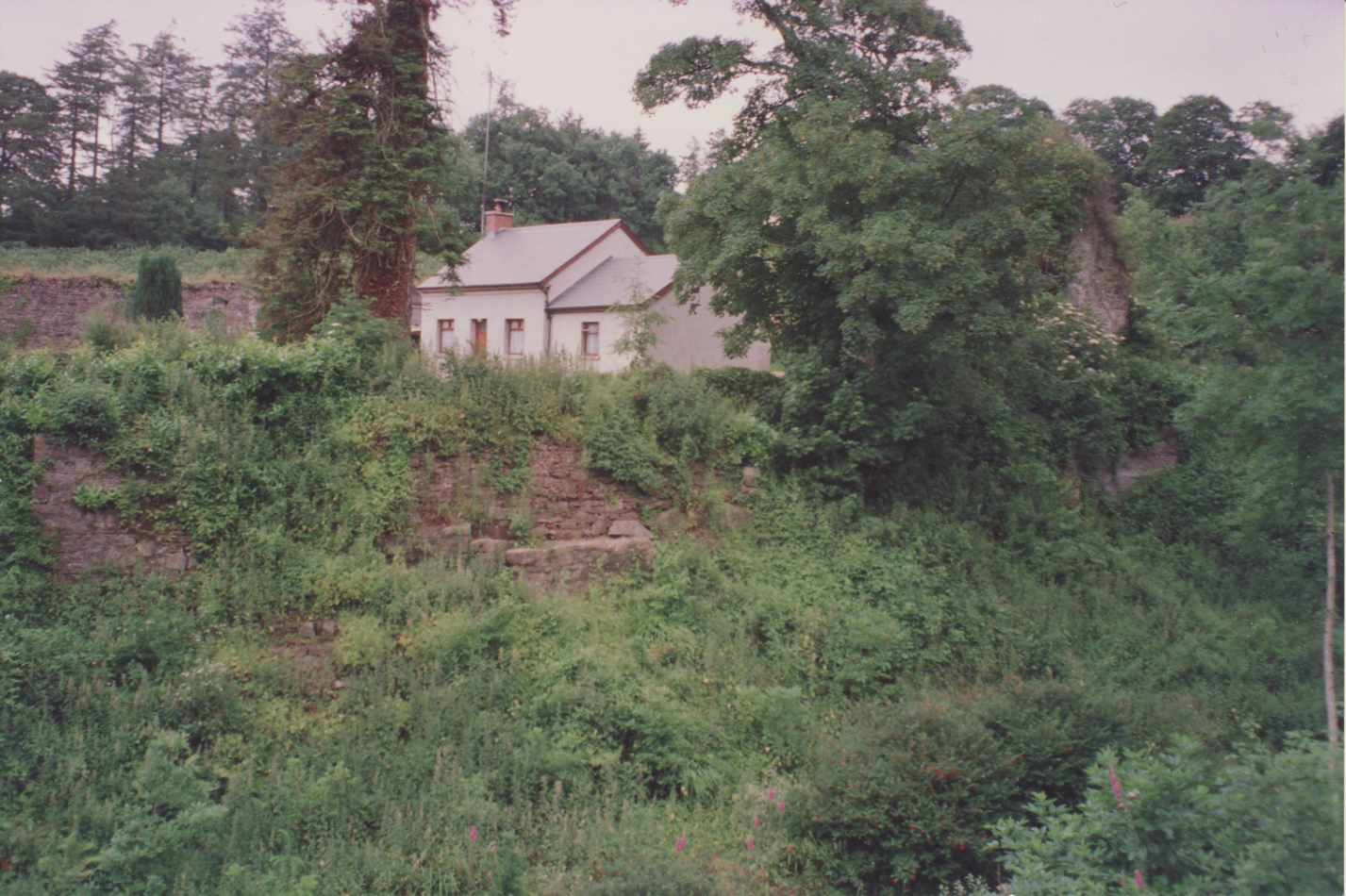 View of Cappercullen from the bridge, looking W and to the right.
Photo 1994.
See larger and full size.
See other shot and other shot. 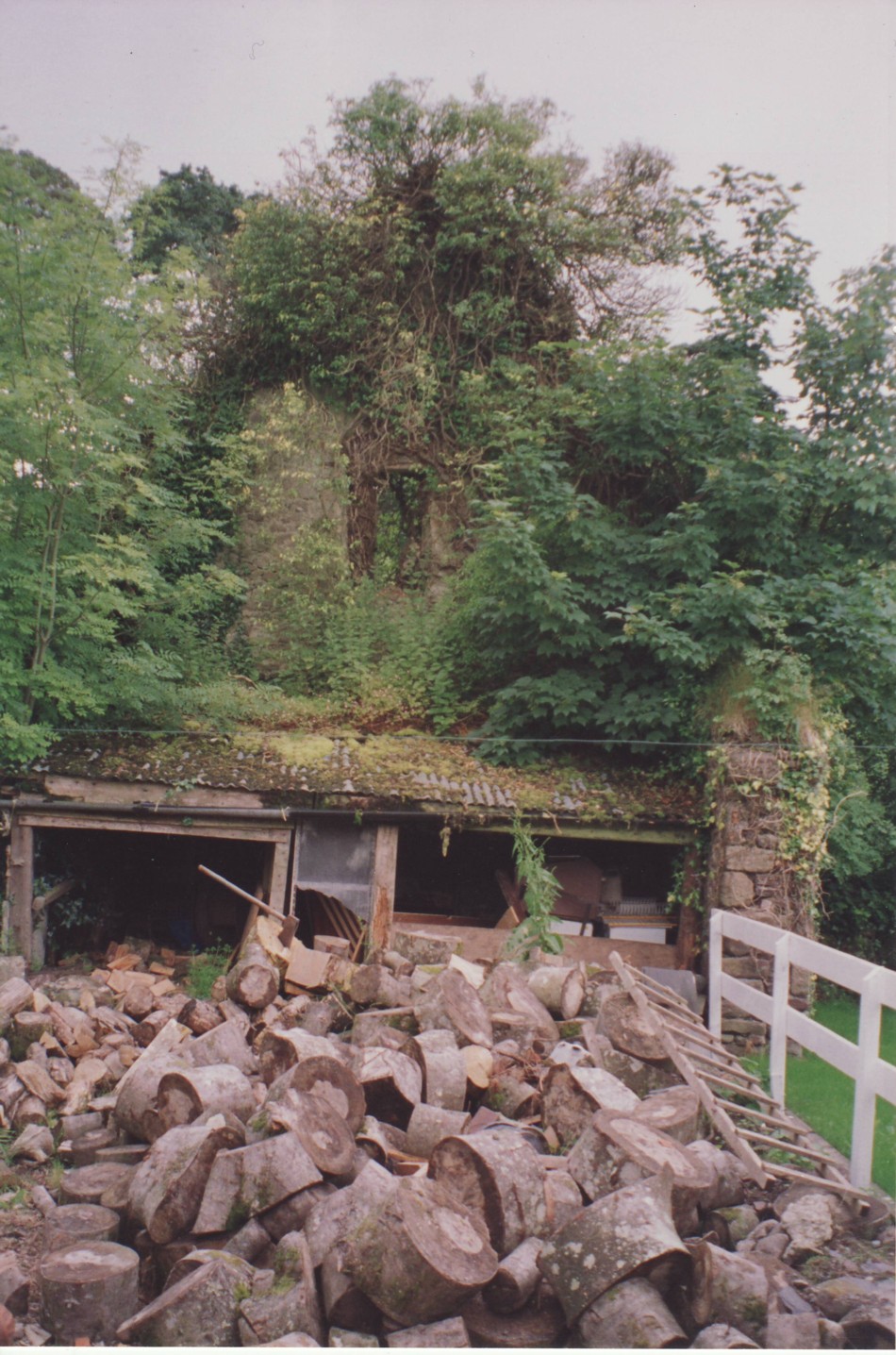 Ruin at Cappercullen.
This is said to be part of the old Cappercullen Castle.
(Cappercullen House was at a different spot and has entirely vanished.)
Photo 1994.
See larger and full size. 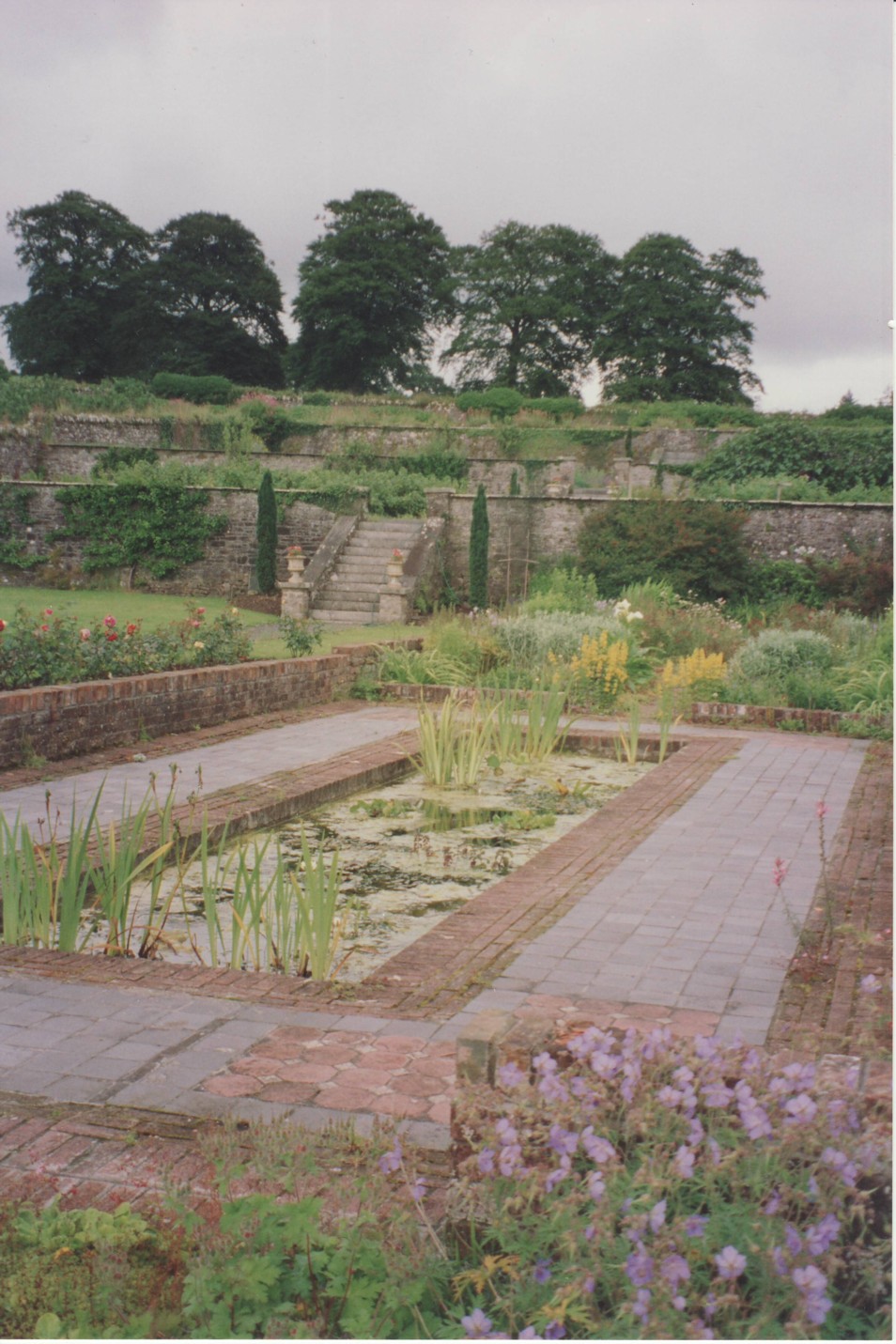 The terraced gardens at Cappercullen.
Photo 1994. 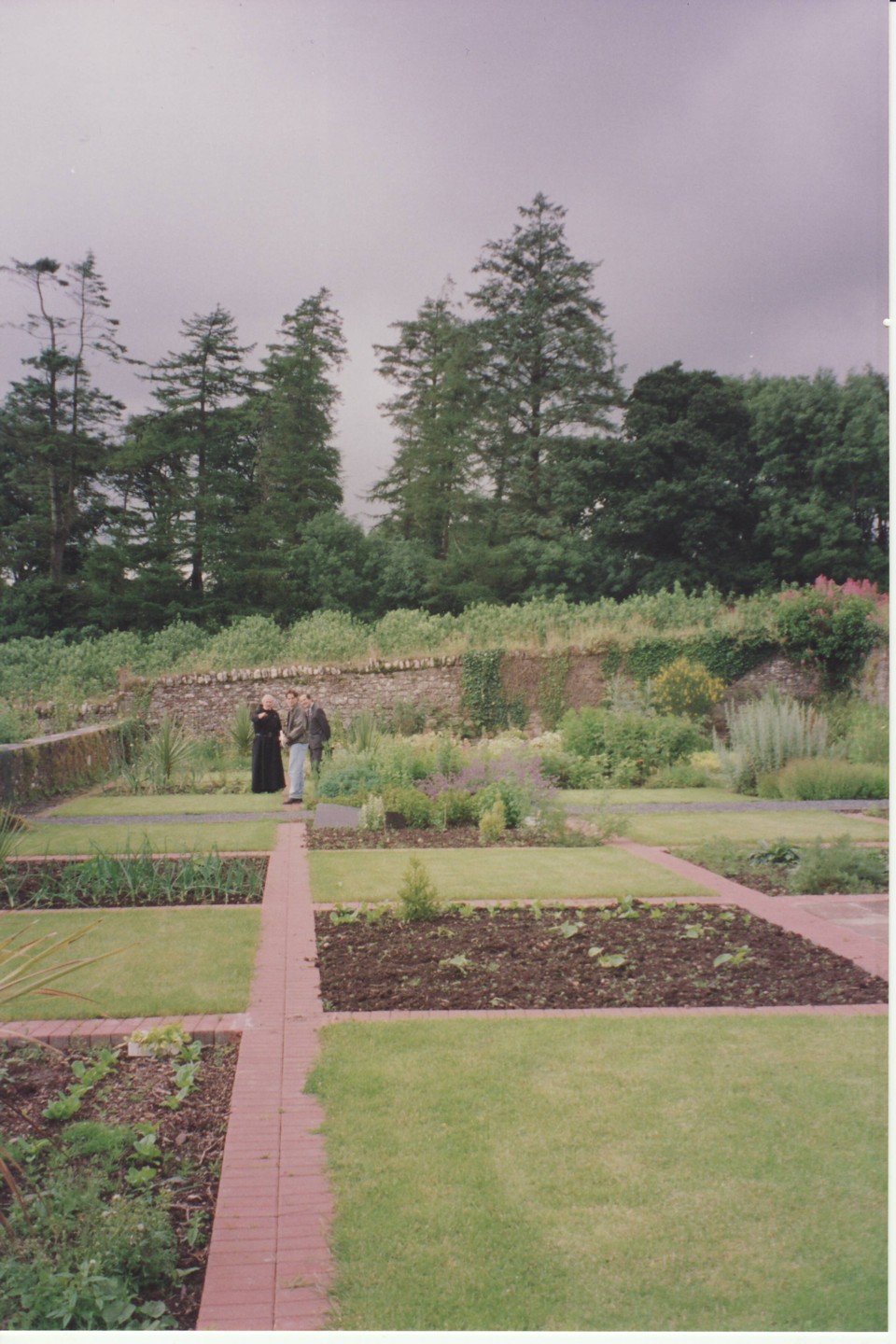 The gardens at Cappercullen.
Photo 1994.
See larger and full size.
See other shot.