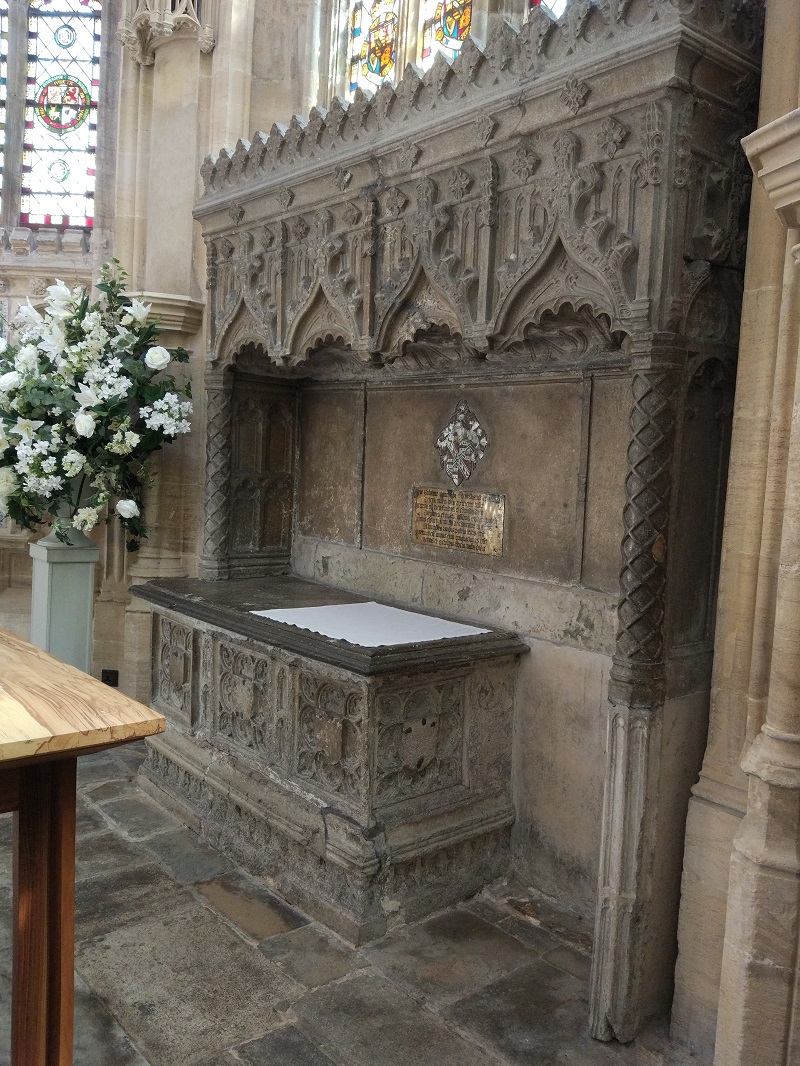 He mar by 1539 to Jane Roberts [descendant of Edward I].
William was Member of the Privy Council.
Knighted 1551-52 by Edward VI.
In 1551 Edward VI granted him Highclere and Burghclere, Hampshire. See [Nichols, 1858].
He lived in the Great Park at Windsor.
His will dated 27 Apr, "2 and 3 of Philip and Mary". This is 27 Apr 1556.
Queen Mary cancelled the grant of Highclere and Burghclere. But Queen Elizabeth restored the grant.
Sir William was spoken of by Queen Elizabeth as a person who stood high in her esteem [Ball, vol.2, 1903].
He died 3 Oct 1559.
He was bur in the Bray Chantry on the SC side of St. George's chapel, Windsor Castle.
Jane lived as a widow at Chertsey.
Her will pr 1575. She asked to be bur with husband.
Sir William's heirs sold Highclere and Burghclere in 1577. These lands later became the property of Sawyer.
Sir William and Jane had issue:

Tomb of Sir William Fitzwilliam, St. George's Chapel at Windsor Castle.
From The architectural antiquities of Great Britain, vol.3, John Britton, 1835, p.55 (which incorrectly dates it as 1659 rather than 1559). 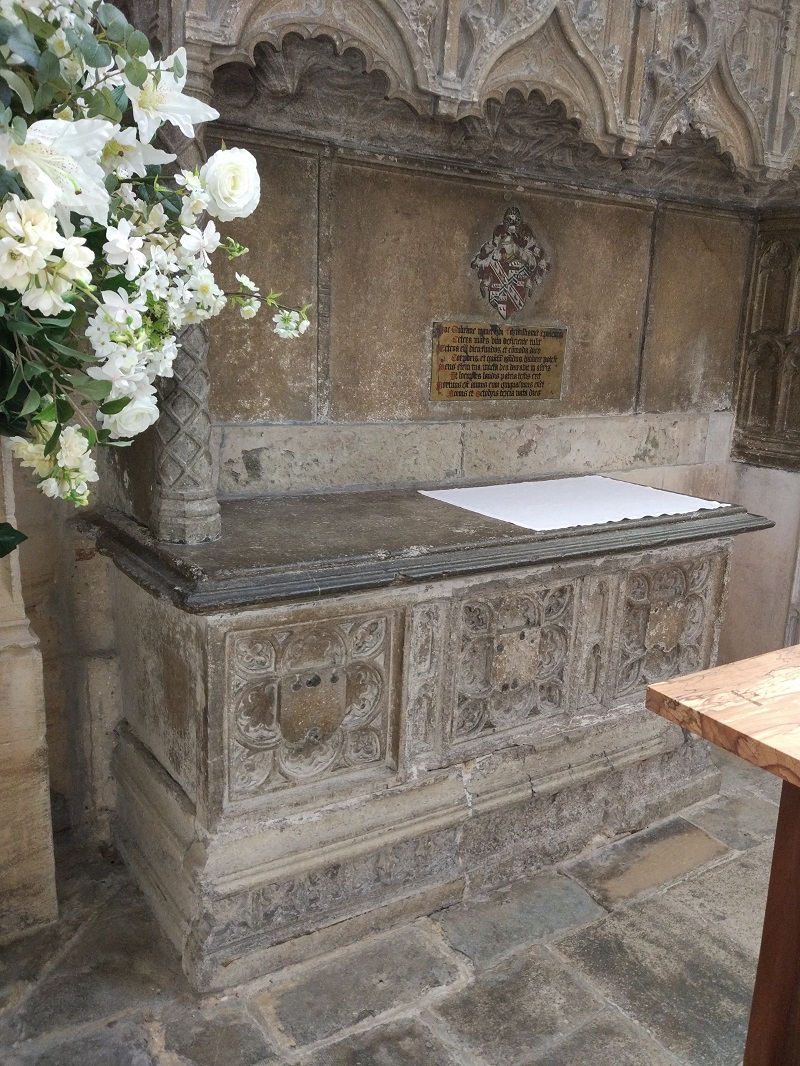 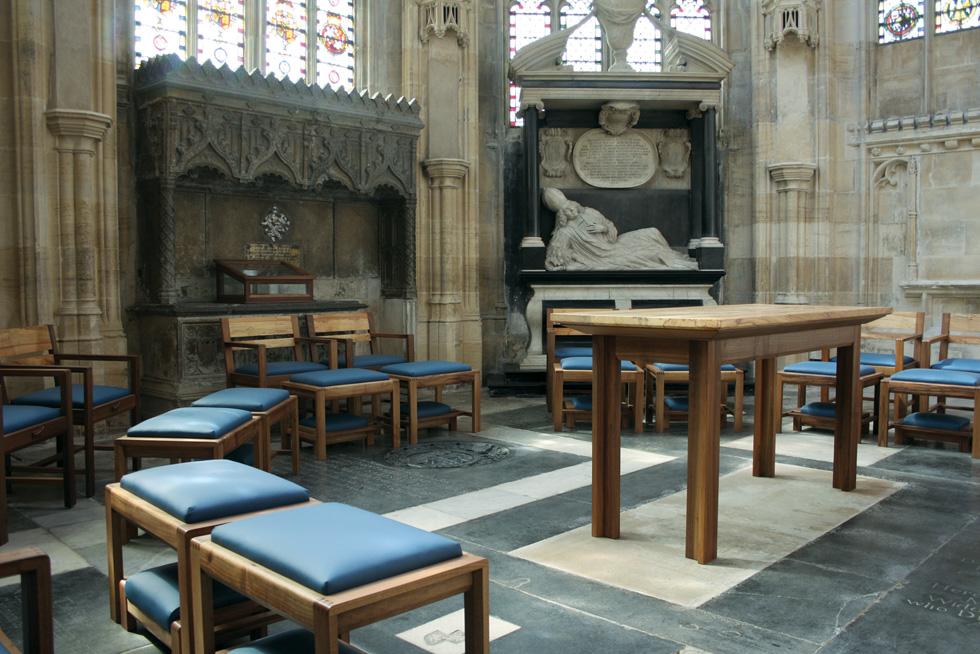 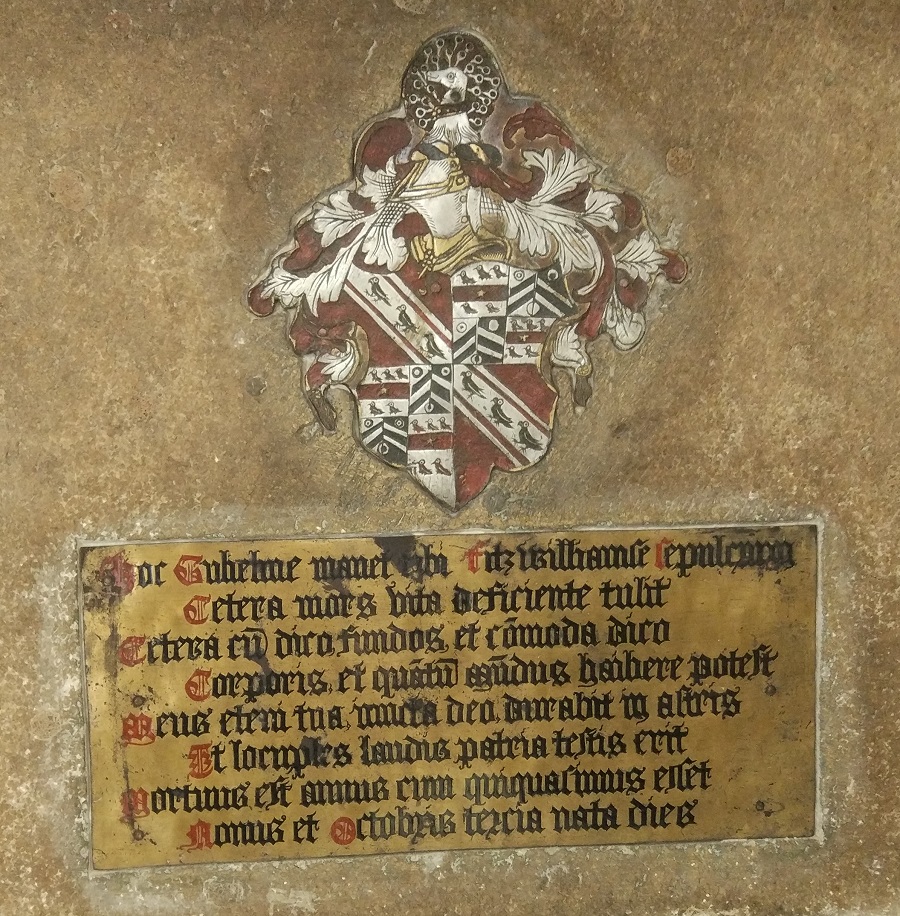 The arms on the tomb.
Does not look like the Fitzwilliam arms.
Photo 2017. See larger and full size.
See other shot.