Frank Flanagan drawn in his WWI uniform.
He had a moustache around this time.
See larger and full size.

At the outbreak of WWI, Frank Flanagan (born Dec 1886) was a young, wealthy, Irish parliamentary nationalist.

Frank started training in Mere, Wiltshire.
Because of his background (and relatively older age) he was made an officer, in charge of Irish troops.
[London Gazette, Nov 1914] says he was appointed on 25 Nov 1914 as a Second Lieutenant in Royal Field Artillery.
Frank was meant to have been a Captain but this may be confusion with his rank in the Irish Volunteers.
All British Army records have him as only as high as Lieutenant.

He was in command of a Battery.
There was a conflict with his superiors at one point when he defied orders and marched Catholic soldiers off to mass when they were meant to be preparing for a visit from Lord Kitchener.

He was a member of an Irish Parliamentary Party deputation to France to express Irish support for French in the war.
He had a strong Catholic faith. Many of the French he met: "were born Catholics but did not practice. Coming from Ireland, where the faith is so strong, and where the churches are filled on Sundays and fairly full on week-days, gave me a great shock."

In Sept 1915 he was sent to the Western Front, on the Somme, France. "conditions were frightful in the winter ... Terrible slaughter ... and failure after failure".

At end of Dec 1915 they were sent to Salonica (now Thessaloniki), N Greece.
They might be the LVII (57th) Brigade, Royal Field Artillery, which was sent to join the 10th (Irish) Division in Greece between 16 August and 18 December 1915.

He had a number of disputes with superiors, and was also having arguments about what was happening in Ireland, after the Easter Rising, Apr 1916.
On leave in London, just after Easter Rising 1916 executions, he had dinner with "my old friend" T.P. O'Connor (Nationalist MP), Joe Devlin, MP and Lloyd George (who became Prime Minister Dec 1916). The Irish MPs warned Lloyd George about the growing martyr-worship of the dead rebels, and urged him to try to undo the damage.

In late 1916 he was sent to Egypt.
Then posted to Nowshera, military station, far NW India, under British Raj (now NW Pakistan), near Peshawar and the Khyber Pass into Afghanistan.
At Peshawar he "hunted jackals over rough open country" and "life was gay".

Iraq (and India and Ceylon)

He was posted to Iraq, 1917, to join the Mesopotamian campaign against the Ottoman Empire forces (the Turks).
[Service record] has him now as Lieutenant, says he left Karachi, India (now Pakistan) on 8 Jan 1917, arrived Basra, Iraq, on 14 Jan 1917.
He was posted on 23 Jan 1917 to the 60th Battery of the Royal Field Artillery.
He took part in the recapture of Kut, SE Iraq, from the Turks, in the Second Battle of Kut, 23 Feb 1917 [NOT Easter 1917], under General Maude.
He "walked over the Turkish trenches littered with their dead" and felt sympathy for them: "I wondered what I was fighting for, as I took less interest than ever in Britain's wars since I left France .. but I was caught up in this bloody and tiresome business and saw no way of getting out of it".
He stayed with the British advance through Iraq.
The British finally entered Baghdad on March 11, 1917.

He got a post in the British administration of Iraq. He became assistant administrator of the district round Babylon, SC Iraq. "The district to be looked after and policed was about the size of Wales". This must be in and around Hilla province.
He was in command of "the best part of 1000 men".
[Service record] says he was appointed "Local Purchase Officer" 30 Aug 1917.

He had a "free and easy, and sometimes dangerous life roaming around the desert".
He met Gertrude Bell.
He saw the German archaeological excavations at Babylon.
He met the famous Colonel Leachman. "He was the T.H. Lawrence of Iraq" [sic]. "He and I often sat into the late night drinking scotch and soda".
Also "In Baghdad I met the Grand Duke Dimitri who had been an accomplice in the murder of Rasputin" [the previous year, 1916]. Dimitri had been intended for the throne by the aristocrats who removed Rasputin, but they were overtaken by the Mar 1917 Revolution, and he lived out his life in exile.
In Babylon one time Frank entertained Admiral Sir Ernest Gaunt (commander-in-chief of the East Indies).

[London Gazette, Apr 1918] lists him as Lieutenant.
[Service record] says he was granted 6 weeks leave, May-July 1918.
He went to India on leave. He was a lavishly treated guest of Admiral Sir Ernest Gaunt in Ceylon.
He knew Prince Ranjitsinhji, the famous Indian cricketer. He was not allowed bring him into the Bombay yacht club (no Indians allowed).
Ranjitsinhji later came to Ireland in 1920s, and they renewed their friendship. Frank also became friends with C.B. Fry.

He was replaced after an argument with Arnold Wilson, the colonial administrator of Iraq. "within a month I had a letter returning me to my Battery".
His successor was installed: "took over my job and house, and occupied the bedroom I used." A few days later "for no reason the Arabs shot him dead in bed." "Wilson's action saved my life."

WWI ended Nov 1918.
He left Iraq on 9 Dec 1918.
He left army on 22 Nov 1919, age 32, due to ill health contracted when on service.
[Service record] says he had neurasthenia and pyorrhea.
His daughter Deirdre says he lost his teeth from pyorrhea.
[London Gazette, Nov 1919] lists him as leaving with rank of Lieutenant.

[WWI Medal Rolls, Nov 1919] says he was wounded, and was eligible for the Silver War Badge. It seems he never collected this medal. It lists him as Lieutenant.
He was entitled to but declined to draw a pension for his WWI service. 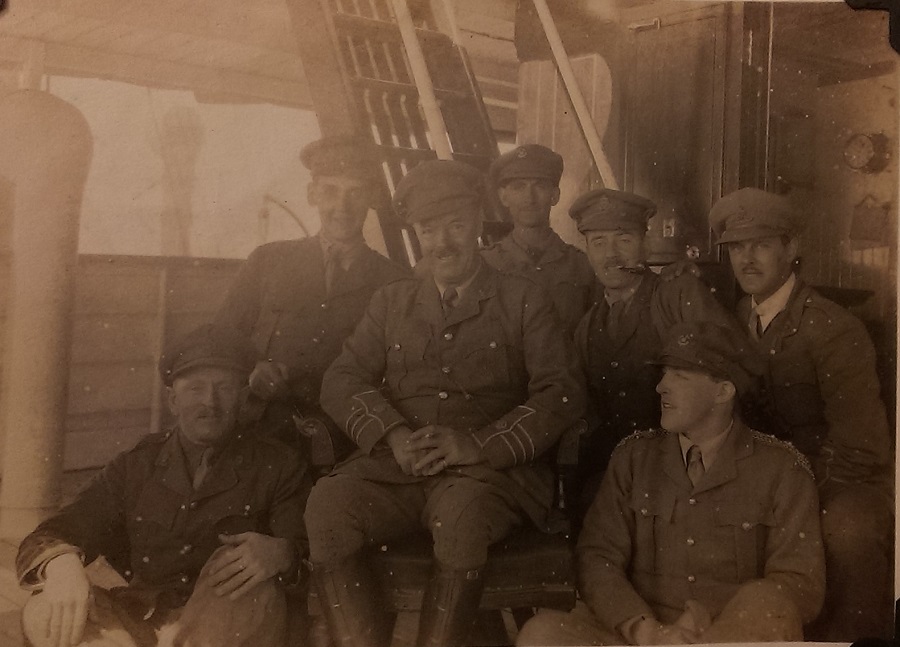 Frank retires from the army after the war, with the rank of Lieutenant.
From [London Gazette, 21 Nov 1919]. 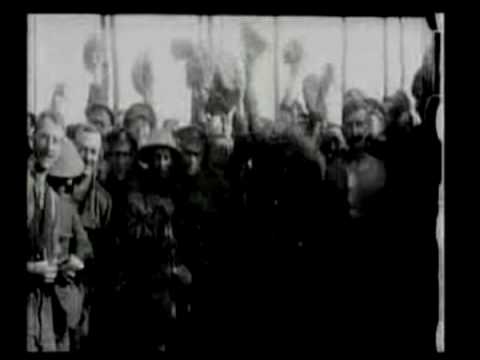 Tribute to Irish soldiers in WWI.

"One may ask why I joined the British Army. ... I was in the Irish Volunteers and a follower of John Redmond, and he asked us to join up and fight, thinking the British Government would give us Home Rule as promised. Many of my friends left the Redmond party and founded their own army which fought in 1916. The fight led to the founding of the Irish Free State. They were right."
- Frank's rather sad judgement in 1965 on his WWI service.