There was a Gibbon family at Stonehaven, S of Aberdeen, Aberdeenshire.
Beryl Mitchell says Gibbon of Stonehaven are related to the other Gibbons of Aberdeen:
"There had been Gibbons, all relations, in Aberdeen and its surrounds, also Stonehaven since the 17th Century."

Possibly of this family:

Alexander Gibbon, or Gibson,
had issue:

Must be the same as:

Gibbons buried in the old graveyard of Echt, Aberdeenshire

The old graveyard of Echt is S of Echt, on N side of South Kirkton (see map and street view).
See [Echt grave inscriptions]. 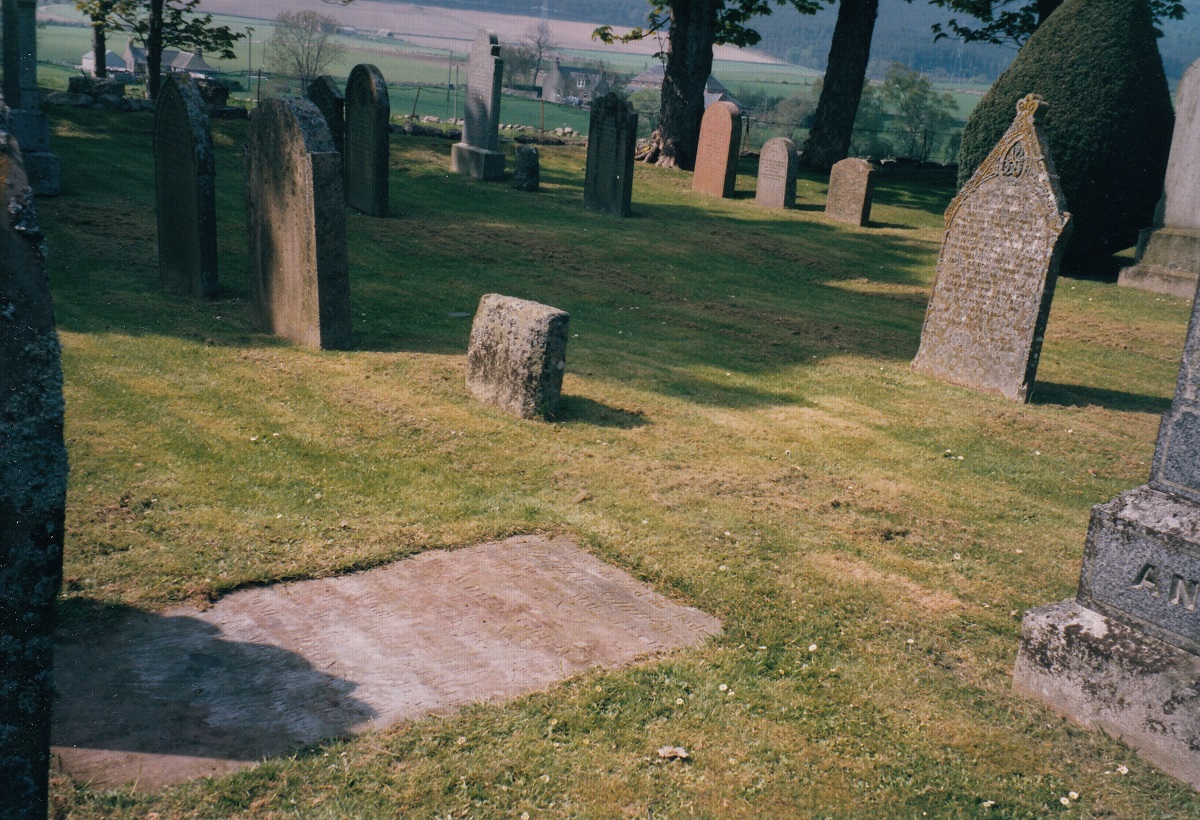 The Gibbon graves in the old graveyard of Echt.
Photo 1998. See larger and full size.