Home of Dr. David Humphreys. The Crescent ("An Corrán") was built in early 19th century.
Originally called Richmond Place (for a long time used both names).
It is a continuation of the main street of (new) 18th-19th century Limerick, George St (now O'Connell St), at the SW (Co.Kerry road) end.
Georgian houses, wide stretch of street, island in middle.
18 The Crescent was built c.1820.

The main street of Limerick, George St, was renamed O'Connell St 1903.
18 The Crescent is now offices, called "Corraun House" ("Crescent House") though this is not the same location as the old Crescent House (the school).
See entry at NIAH. 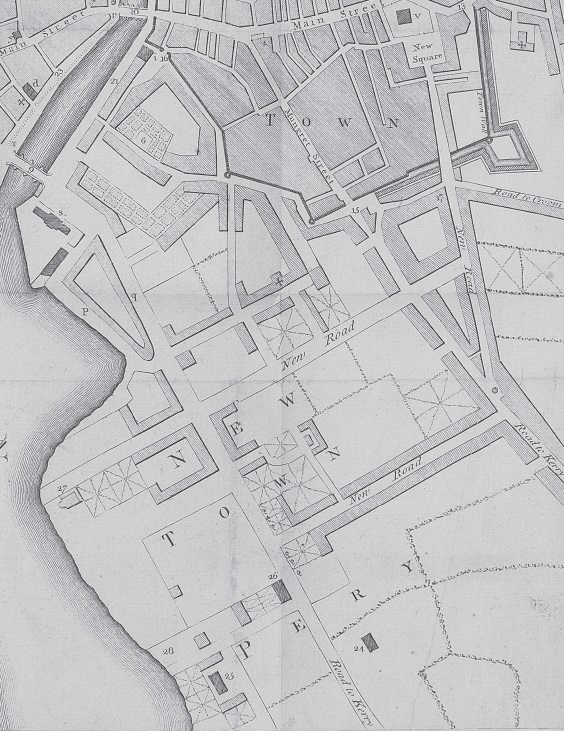 The new town, Limerick, in its infancy.
Sauthier's map of 1786.
"25" is the Bishop's Palace (still there today).
The future site of The Crescent is off the map, on the road to Kerry. 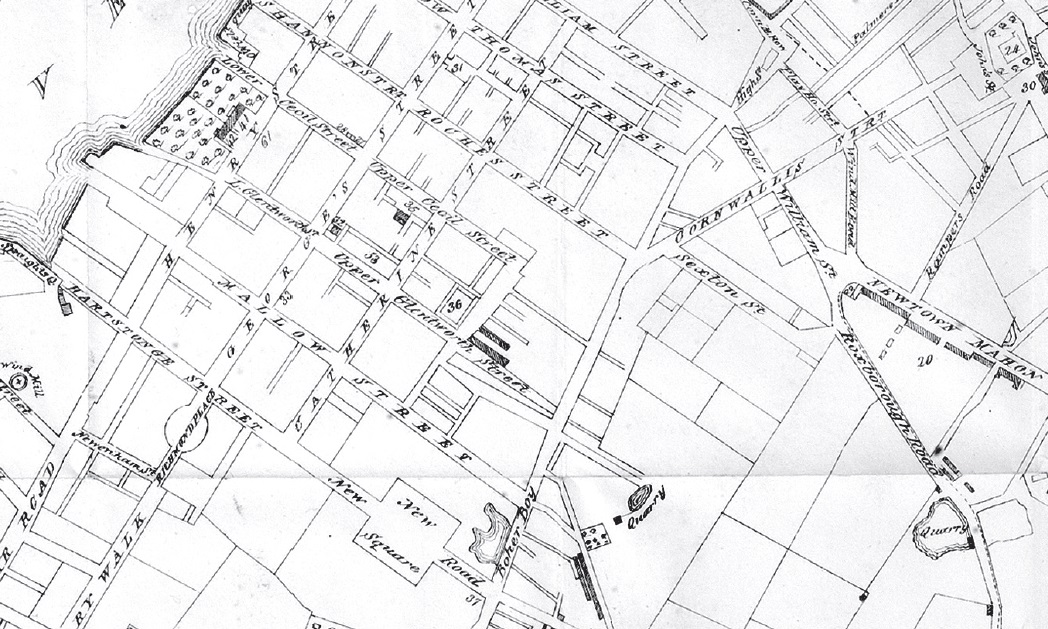 Proof there has been no re-numbering

First we establish there has been no re-numbering.

In the modern numbering, the numbers go the same way.
This shows there has been no re-numbering for the whole street.
From here.

The Humphreys house is the modern no.18

The Crescent, Limerick, in 1950s.
No.18 visible on LHS.
Image from here in Vol.1 of Limerick, A Stroll Down Memory Lane, by Sean Curtin. Used with permission.

Close-up of above. See full size.


Pan of The Crescent from the SW (Kerry road) end to the NE (Limerick city centre) end.
From the O'Connell statue to the Jesuit church to no.18 (red door).
Video 2006.
From here. Hosted at my YouTube account.
Download AVI file.