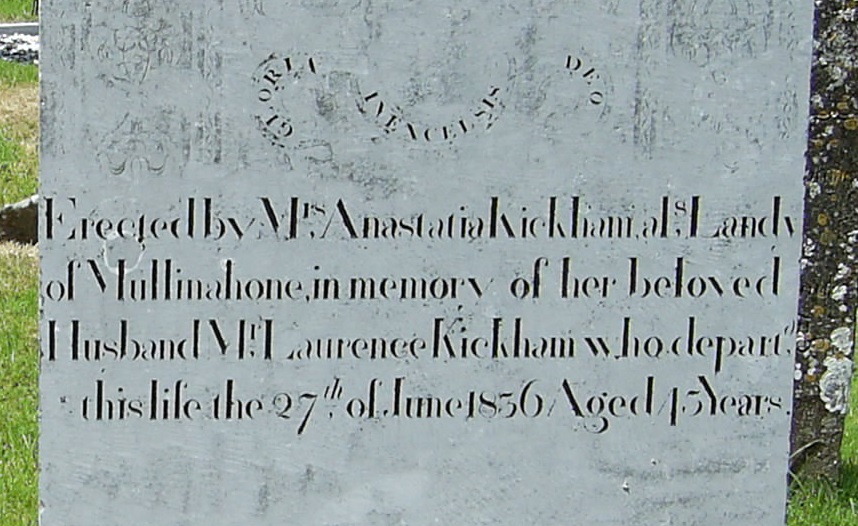 Laurence is listed as shopkeeper in Mullinahone at dau's bapt 1825.
His wife is written "Mary Landy" at dau's bapt 1832, but this is clearly an error, confusion with godmother.
He died 27 June 1836, age 45 yrs [grave, Kilvemnon].
I had another reading of the grave before cleaning as age 43 yrs, but we will go with the cleaned grave.
Anastatia fl 1836, erected her husband's gravestone at Kilvemnon. She is of Mullinahone.
Laurence and Anastatia had issue: 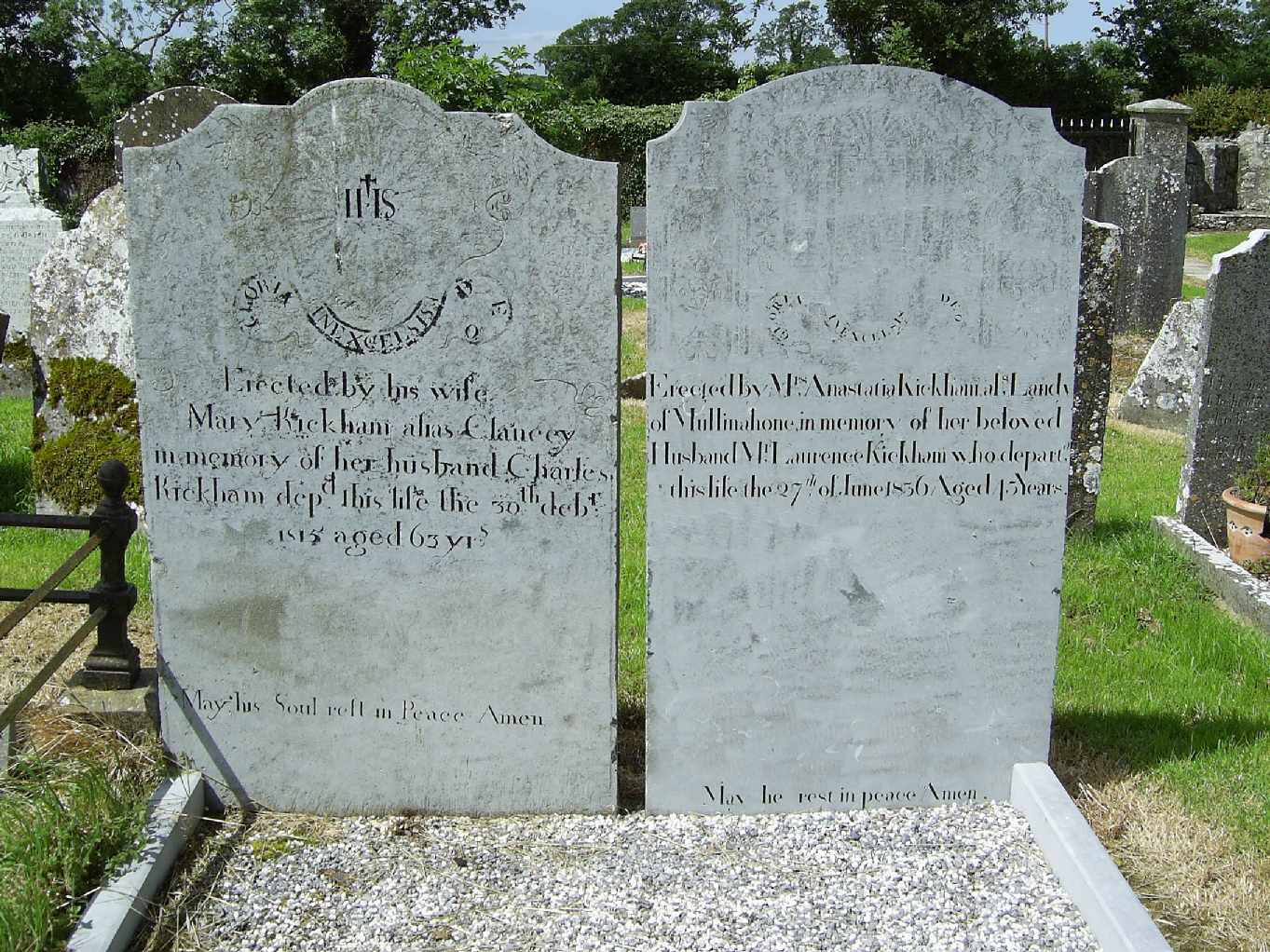 A Laurence Kickham appears in 1822 in Mullinahone district in a group of men supporting the local tax collector, who met some resistance.
It is not clear if it is this Laurence. It could be Laurence Kickham of Kilvemnon.
It is perhaps more likely to be this Laurence since he is a young man, not in his 50s.
It would be interesting if the uncle of the Fenian was helping collect the taxes in 1822.

Account of the attempt to collect taxes, and the resistance met.
"Laurence Kickham" was in the tax collecting group. He and his men were threatened by the hostile crowd.
From Freemans Journal, July 10, 1822.