1850 incident: On Fri 19 July 1850 there was an attempt by land agents to seize some of Thomas' livestock at Clonagoose for payment of debts. He locked the gates to prevent the livestock being removed. The police arrived, but so did a crowd to support Thomas.
On the Saturday the police and agents broke the locks, but the crowd attacked them and they only managed to remove one cow.
See report in The Guardian, Sat 27 July 1850. 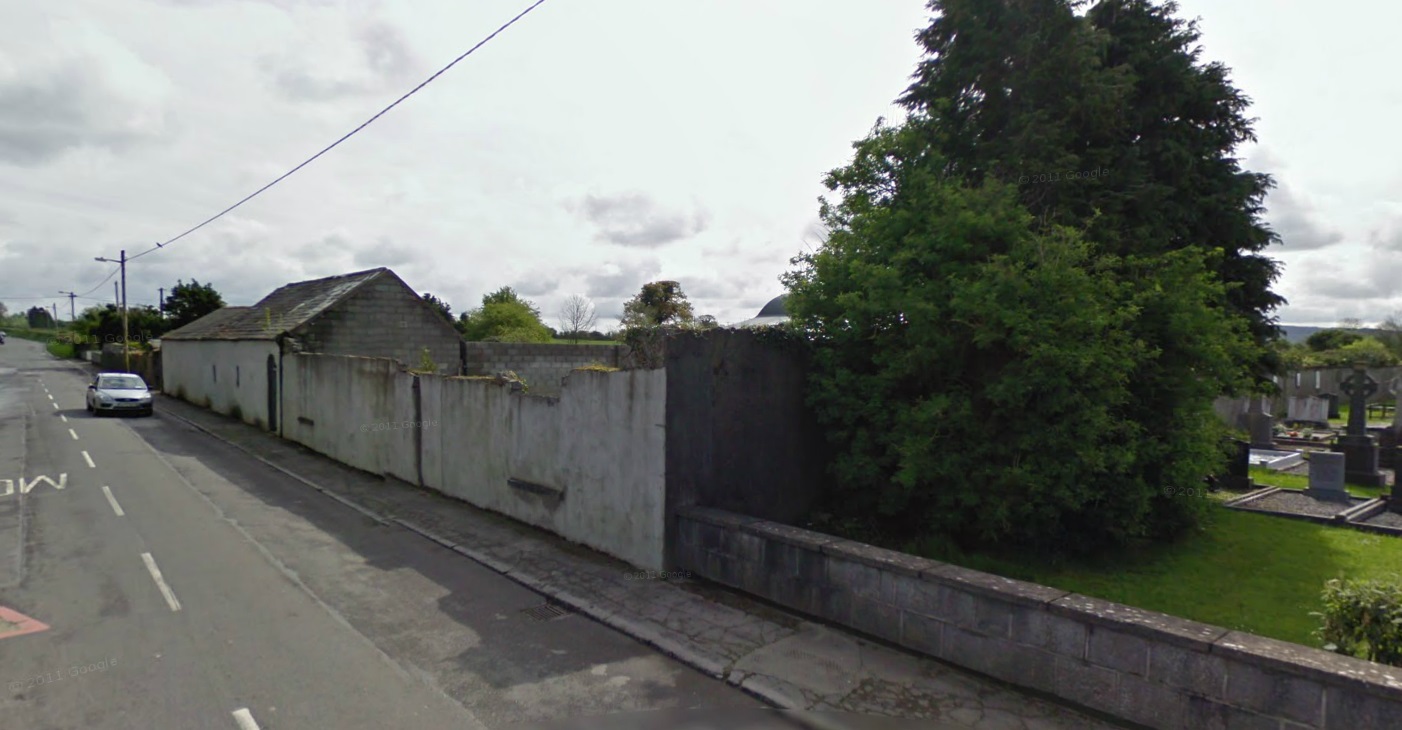 Plot 33 is the demolished house beside the church.
Plot 34 survives further up the road.
Screenshot from Google street view.