It is not definitely proved that the "Blennerhassett" Leader line descends from Leader of Mount Leader. See discussion below. John Leader,
of Kinsale, Co.Cork,
mar Alice ----,
he died,
she mar 2ndly to George Chinnery,
John and Alice are thought to be parents of: 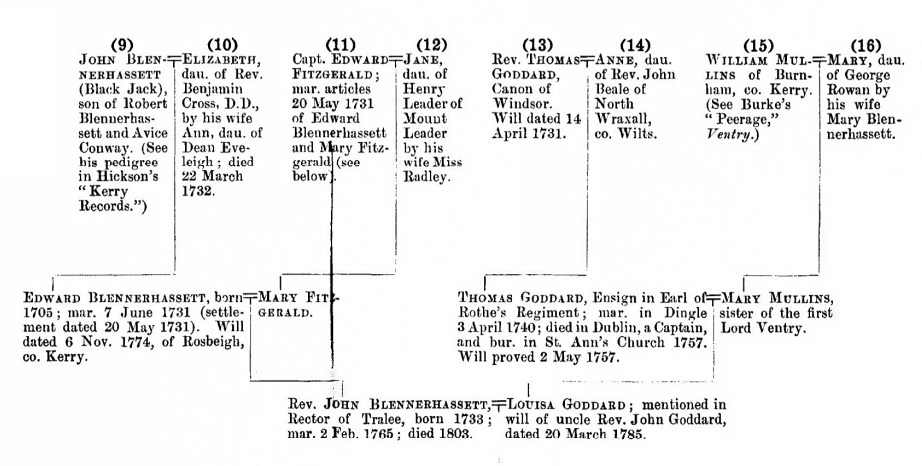 The 8 great-grandparents of Letitia Blennerhassett.
From [Fuller, 1910].
As noted, the parents given for Jane Leader may be wrong. 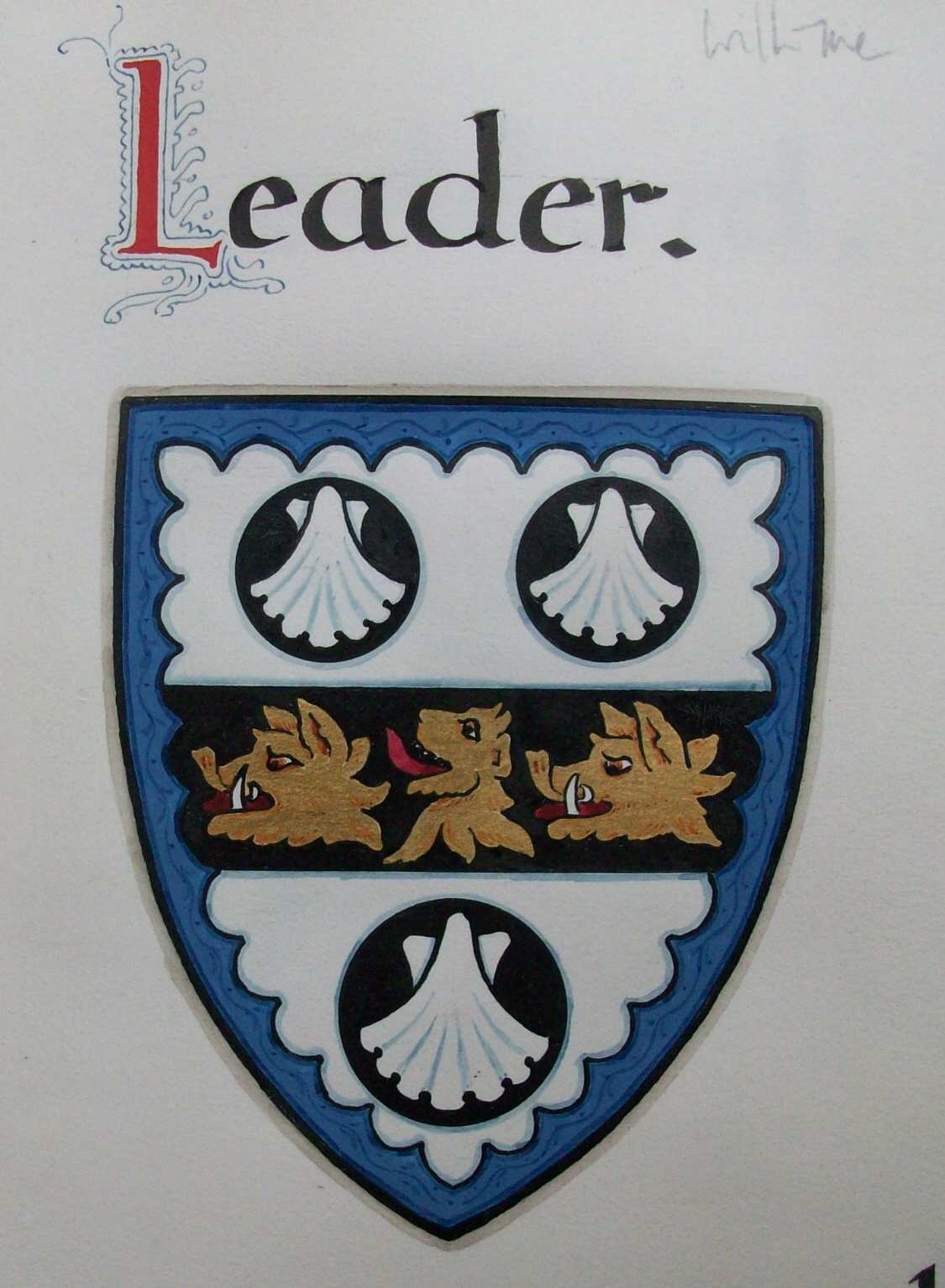 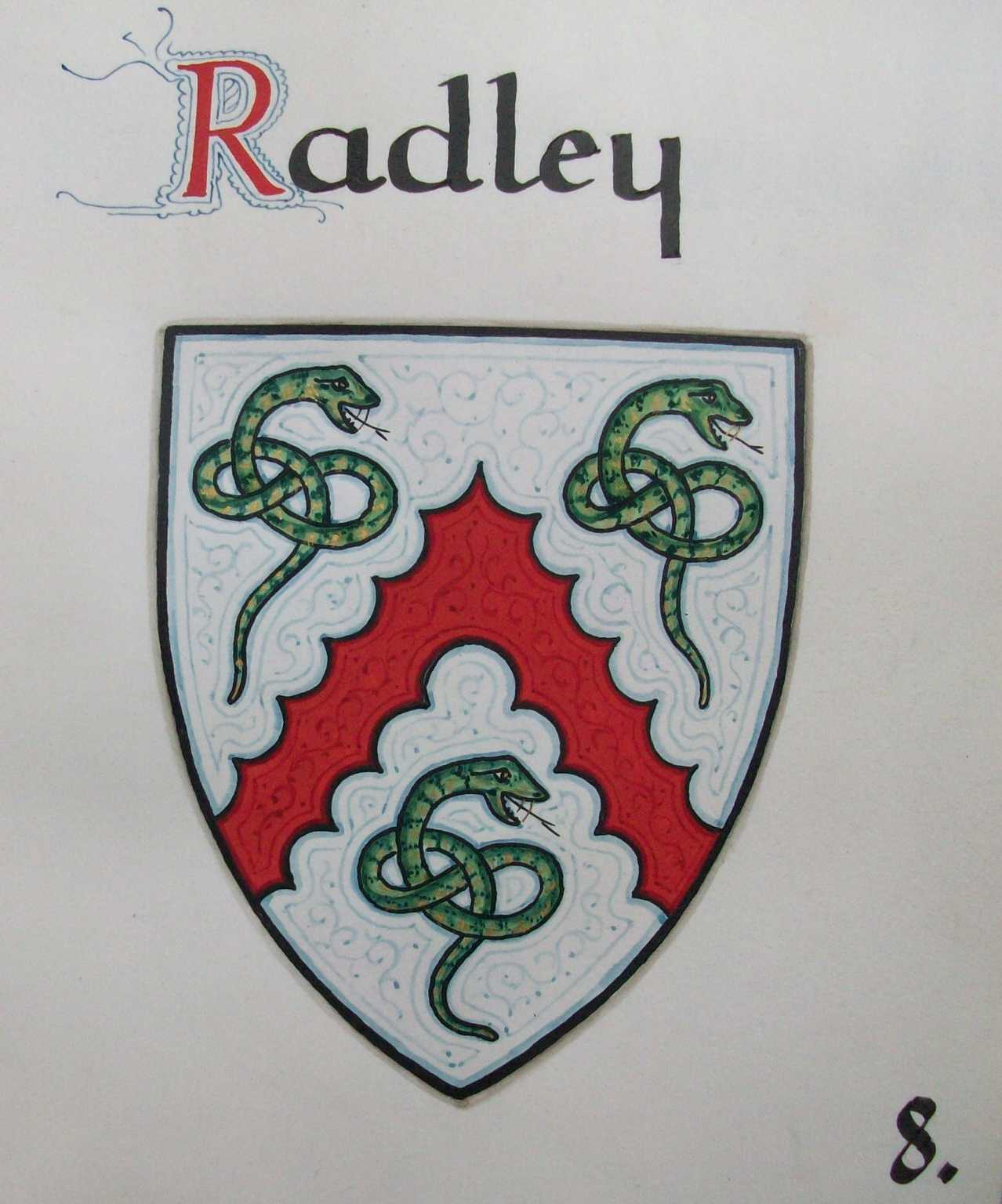 Arms of Leader and Radley.
From the arms of the 32 ancestral lines of James Franklin Fuller, made out in 1909 by the Dublin Office of Arms.
As noted above, Radley may not be ancestors of Letitia.
Though James Franklin Fuller, who descends twice from Leader, gets the Radley descent through another line.
Courtesy of Teresa Stokes.
(Left) See full size.
(Right) See full size.