He mar 1923 [NOT 1922] to Sally Moran [Sara, born 1900].
Registered his mother's death 1928. Denis living Gourbane.
He inherited Gourbane.
He also had another farm nearer Shanagolden town (no house, just field).
He inherited Skehanagh House, Crecora, Co.Limerick, through his mother.

He sold Gourbane 1935. Or possibly 1938.
He moved to Skehanagh House, Crecora (his mother's homeland, half-way across Co.Limerick).
He built Ballycahane house nearby (Ballycahane par is S of Skehanagh, S of Crecora, see map).

Denis was at his 1st cousin Nell Humphreys' funeral 1939 (he was same age as her children).
He bred and ran greyhounds.
Shea O'Loughlin's parents (in Dublin) received a greyhound from Denis Mangan into their care a week before the running of the McAlinden Gold Cup in Dublin, think late 1940s.
Shea O'Loughlin met Sally in 1950s.
Denis died 1979 (NOT 1981), age 85 yrs.
Denis and Sally had issue: 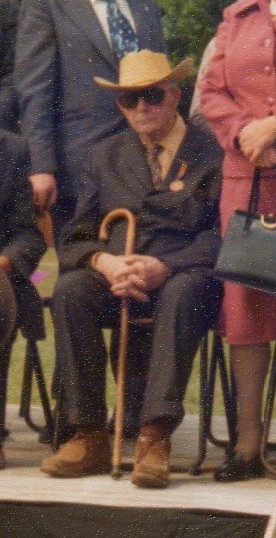