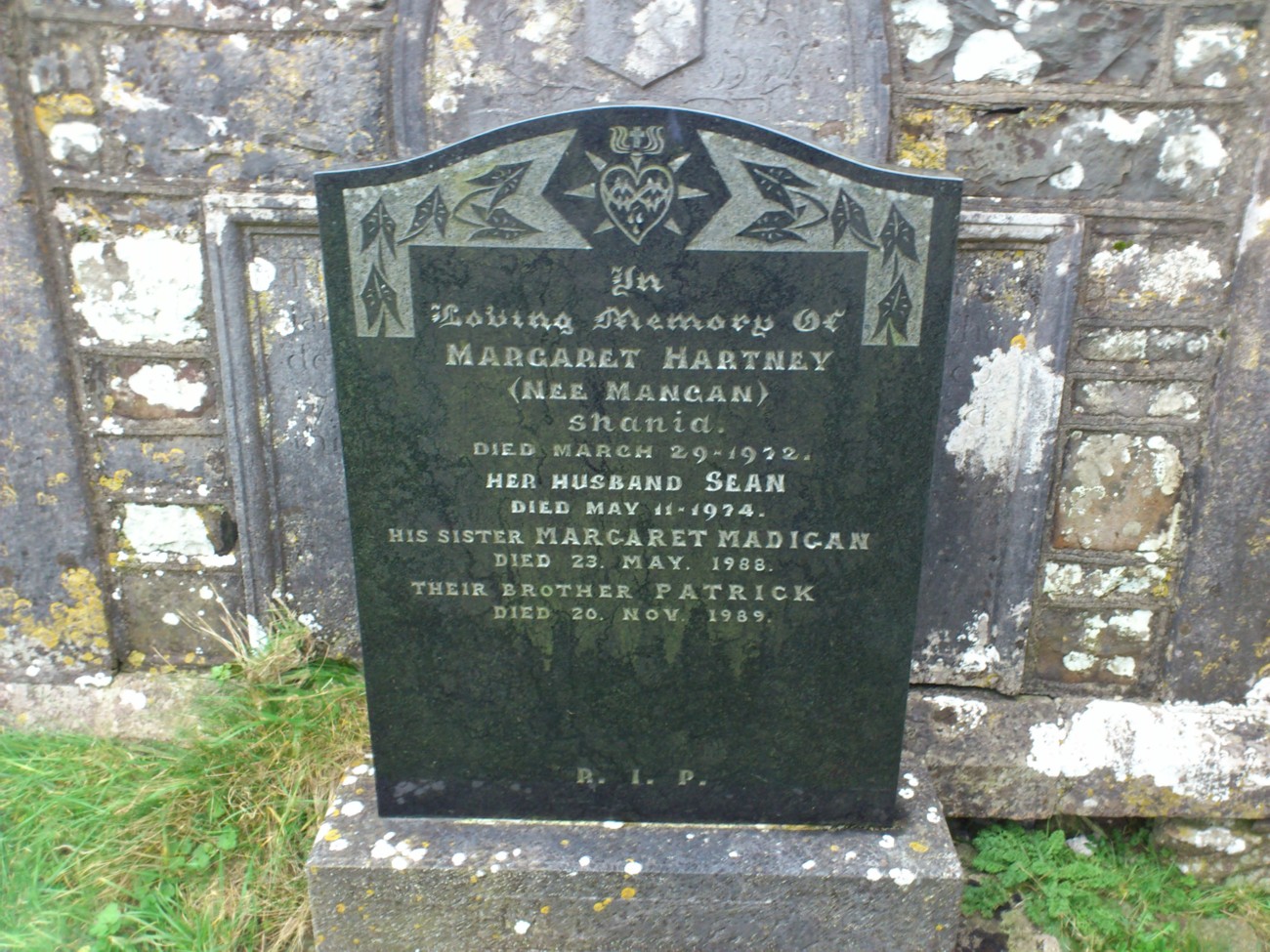 He mar 1stly to --- Fitzgibbon [of Lisbane, Dunmoylan par, Co.Limerick].
This might be the mar of James Mangan and Maria Fitzgerald, 1 Mar 1881, [Kilcolman and Coolcappagh par records], wit David McDonnell and Maria McDonnell.
She died pre-1884.
James is listed as farmer, widower, of Shanagolden, at 2nd mar in Limerick city.